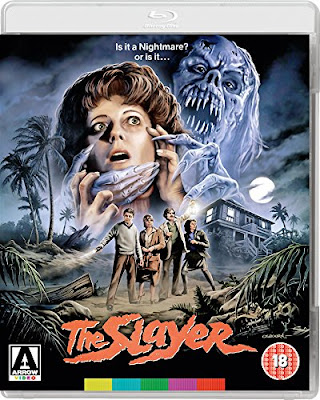 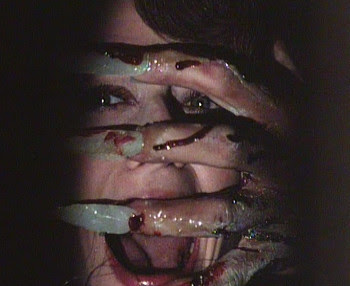 Kay (Sarah Kendall) and her husband David (Alan McRae) travel to a secluded windswept island for a holiday with Kay’s brother Eric (Frederick Flynn) and his wife Brooke (Carol Kottenbrook). The Crazy Ralph wannabe aeroplane pilot who brings them warns them off staying but they don’t listen. 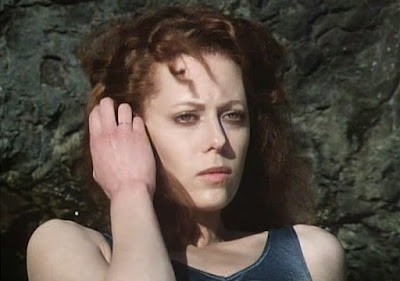 The only buildings on the island appear to be the house they are staying in and a run-down theatre (obviously a genuine location and superbly creepy). As the weather worsens, someone (or something) starts bumping people off (including a fisherman who, in the grand tradition of these things, turns up just to get bonked on the head by an oar). 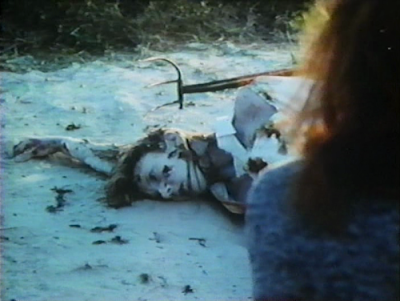 But that’s not all. Kay is convinced she has dreamed what is going on, and Eric confides that as a child, Kay did something very unpleasant with the family pet. Is Kay responsible for the killings? Is someone else? Or is it a great big monster with spikey teeth? 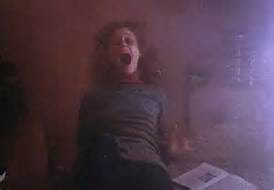 THE SLAYER plays fast and loose with what should be a straightforward plot line but isn’t. That, plus the considerable skill behind the camera, means THE SLAYER isn’t a standard early 1980s US horror film, but more something that harkens back to the ambitious, weird and often outright loony backwoods USA pictures of the 1970s. I’m not going to reveal the ending because it wouldn’t be fair (of course) but also because I’m still not sure what was going on, and that ambiguity is just one of the reasons this one is worth watching. 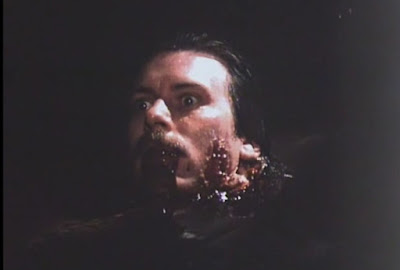 Arrow’s 4k transfer looks amazing - who would have thought movies like this would ever be getting such treatment? Extras include two commentary tracks - one with Cardone, Kottenbrook and executive producer Eric Weston, and another with The Hysteria continues. A third ‘commentary’ track is actually a 50 minute audio interview with composer Robert Folk (of POLICE ACADEMY fame), followed by good quality recordings of the (very good) music cues from the film. 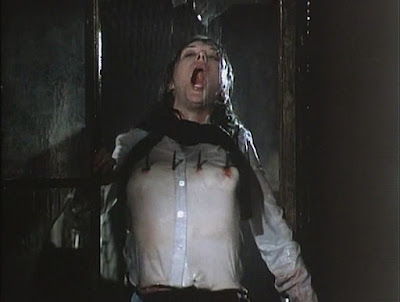 There’s also a making of that runs for nearly an hour, as well as a look at the locations. You also get ‘The Tybee Experience’ which gives you a feature-length audience reaction track and a post-movie Q&A. 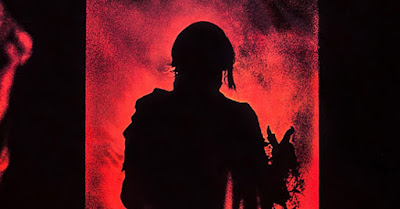 A VHS staple for many years, with its restored print and excellent supplementary features, Arrow Films have come up with the definitive presentation of THE SLAYER. If you buy the first pressing you’ll also get a booklet with new writing on the film from Lee Gambin.

J S Cardone's THE SLAYER is out on dual format from Arrow Films on Monday 21st August 2017
Posted by John Llewellyn Probert at 8:37 am