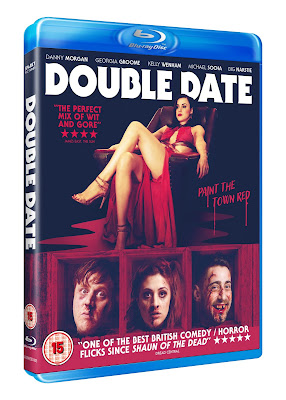 Now here's a surprise - a British horror comedy that's actually rather good yet isn't packed with zombies. After its premiere at Frightfest, Benjamin Barfoot's DOUBLE DATE is getting a DVD, Blu-ray and digital platform release courtesy of Sparky Films. 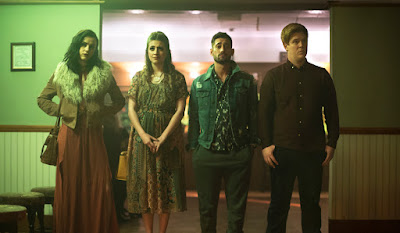 Jim (screenwriter Danny Morgan) is approaching his thirtieth birthday and has yet to have sex. His man-about-town best friend Alex (Michael Socha) promises to help him out and they end up on a doubkle date with sisters Kitty (Kelly Wenham) and Lulu (Georgia Groome). 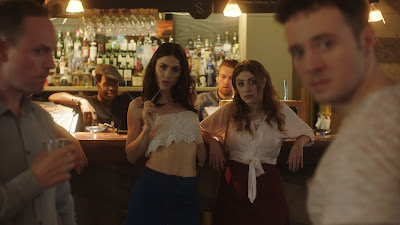 What the lads don't know is that the girls are serial killers who take men back to their isolated country mansion with the intention of using their blood for a rtitual to bring their dead father back to life. Hilarity ensues. 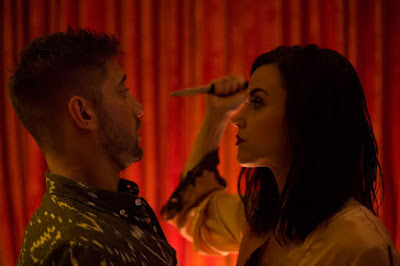 And it actually does! DOUBLE DATE does a great job of balancing humour with horror whilst managing to be consistently funny throughout, with numerous laugh out loud moments, an extremely funny guest start turn from Dexter Fletcher as Alex's dad, and a climactic fight that's reminiscent of the comedy violence executed so perfectly by Rik Mayall and Adrian Edmondson in their Dangerous Brothers and Bottom routines. 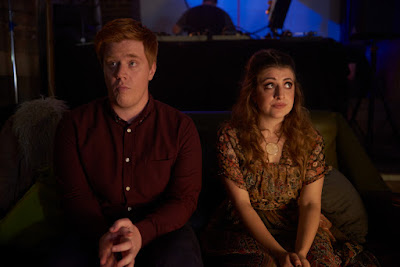 Sparky Films' disc has extras including a thirty minute making of, three minutes of deleted scenes, and a cast and crew commentary track. 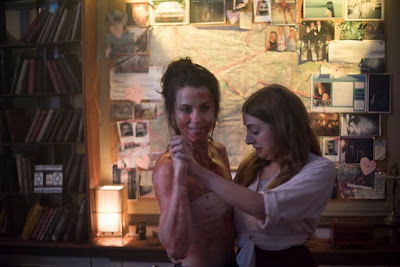 Thoroughly deserving of the praise that\s already been heaped upon it, DOUBLE DATE is a comedy horror treat that's packed with laughs while at the same time being drenched in blood. Treat yourself but just be careful who you invite round to watch it with you.

DOUBLE DATE is out on Blu-ray, DVD & Digital platforms from Monday 9th September 2019
Posted by John Llewellyn Probert at 9:55 am No comments: