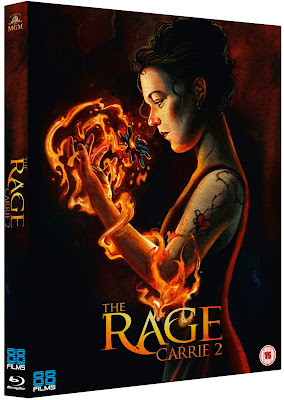 Onscreen that second bit of the title (CARRIE 2) is in much smaller letters than THE RAGE, almost as if it's an afterthought, or even suggesting a degree of embarrassment about linking this to Brian de Palma's 1976 original. But is that really the case? Well, now you (and I because I had never seen this one before) can have the chance to find out as 88 Films brings out THE RAGE: CARRIE 2 on Blu-ray. 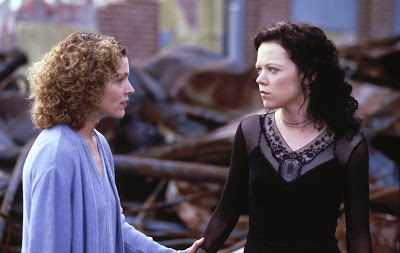 A woman gets carted off to a lunatic asylum while at her house various utensils and bits of crockery quiver around a little girl. Fast forward more than ten years and that little girl turns out to be Rachel (Emily Bergl) who has been adopted by a lower middle class family. She attends a certain school where, many years ago, a certain Carrie White blew the place up during the high school prom. 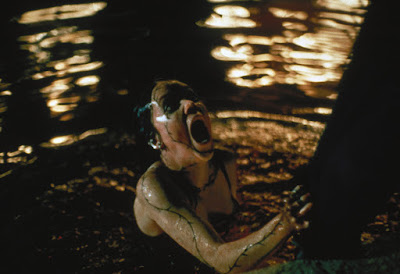 When Rachel's friend Lisa (Mena Suvari) kills herself Rachel starts to uncover a mean-spirited point-scoring 'game' being played by the sports jocks with their sexual partners. Does Rachel somehow get roped in? And maybe find out what points she has accrued? Perhaps at a large party where the main intention is to ridicule her? What could possibly happen? 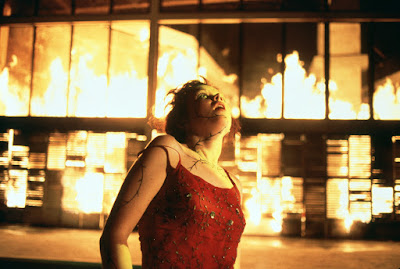 THE RAGE: CARRIE 2 isn't trash. In fact it's quite well made and acted. The problem with it (if there is one) is that it's a film of two parts. The first eighty minutes could have worked well without the subtitle as a TV movie high school drama. The final twenty minutes are HELLRAISER III. Because of this unbalanced approach it's likely viewers will either be upset at the scenes of CDs chopping people's heads off and teenagers being squished, while the audience who might appreciate such mayhem will have switched off long before. If you do enjoy the latter, and especially if you also like utterly daft endings then stick with it, because THE RAGE: CARRIE 2 has an ending that's as daft as they come. 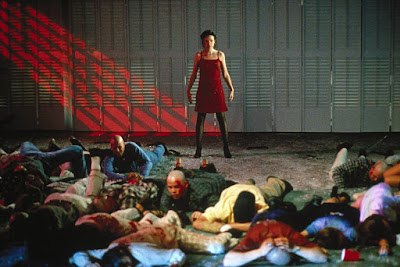 In case you don't find it daft enough, however, there's an even sillier one in the extras, complete with commentary by director Katt Shea. She also provides one of two commentary tracks on the disc, the second featuring both Shea and DOP Donald Morgan. You also get deleted scenes and a trailer.

Email ThisBlogThis!Share to TwitterShare to FacebookShare to Pinterest
Labels: 1990s, When Children Attack