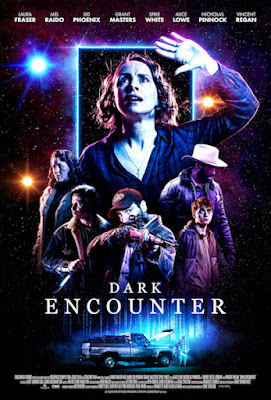 There's a little bit of CLOSE ENCOUNTERS OF THE THIRD KIND, a little bit of INTERSTELLAR, and quite a bit of something else in DARK ENCOUNTER, a film that takes quite a while to get going but if you liked the concepts behind either of those other two movies then stick with it and you'll find your time rewarded. 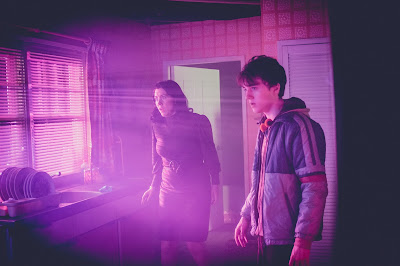 A year after her eight year old daughter disappears, Olivia (Laura Fraser) and her family experience a strange phenomenon one night in their remote home in the middle of the forest. Is it aliens? And if so, what do they want? And might they have anything to do with the little girl's disappearance? 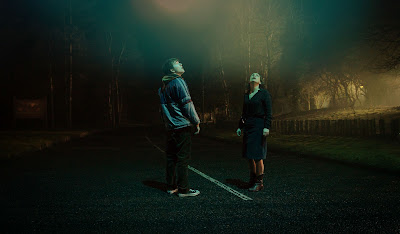 Set in the US, this British production features an interesting cast including Alice Lowe (PREVENGE), Mel Raido (LEGEND), Sid Phoenix (FLORENCE FOSTER JENKINS), and Vincent Regan (POLDARK). It's pretty ambitious but could have done with being a bit shorter and more focused. Definitely one for anyone interested in thoughtful science fiction. 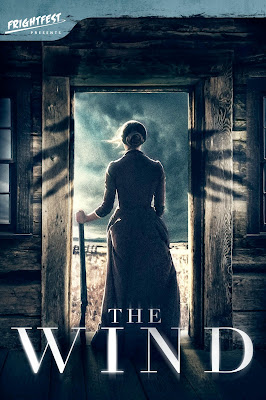 We start with a lengthy sustained opening shot of somewhere that looks like a lot of hardship to live in, then there's a bit of blood due to a likely family catastrophe, plus an offscreen scream, after which we cut to black and there's some scrapey violin on the soundtrack.

Yes we're in art house folk horror territory here, which in this case is the untamed frontier of the Wild West in the 1800s. Lizzy Macklin (Caitlin Gerard) and her husband Isaac (Ashley Zukerman) have built a little shack in the middle of nowhere. It's a very visually arresting nowhere, but nowhere none the less. Into their lives come another couple. Or do they? How much is real and how much is in Lizzy's increasingly chloroformed mind? And where did she get that chloroform from and more importantly, why? Is there a demon haunting the prairie? Or are the horrors she experiences coming from inside herself?

THE WIND is a fairly straightforward story that for some reason its makers have decided to tell by splitting up the timeline and shuffling it around a lot. Even that can't save THE WIND from being a very slow, measured piece that if I were unkind I would have to describe as really rather boring. It's well acted and beautifully shot.  Fans of THE WITCH may want to give this one a go, just be prepared to be patient with it. 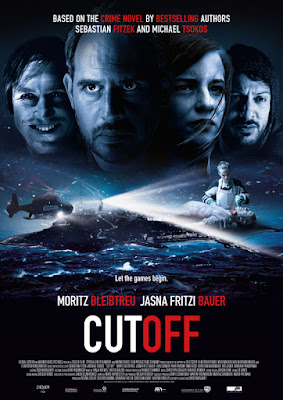 A seriously good German crime thriller in the Nordic Noir style (is that even still a thing?). Professor of Forensic Pathology Paul Herzfield (Morizt Bleibtreu) finds himself in a pickle when he finds a tiny capsule buried in the head of a female murder victim. Inside the capsule is a piece of paper with a phone number and the name of his teenaged daughter. Oh yes she's been kidnapped, and if he goes to the authorities etc etc she's dead.
So far so we've seen it all before. What we haven't seen is what happens next, as for the rest of its two hour plus running time CUT OFF twists and turns so much you'll almost need to be writing things down to keep track until it reaches its satisfying conclusion. Director Christian Alvart was also responsible for the excellent ANTIBODIES (2005) and there are occasions where CUT OFF threatens to get just as grim. Utterly engrossing, this is definitely one for crime aficionados. 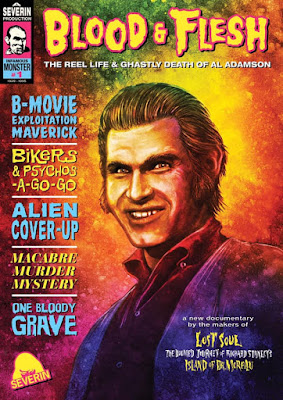 Ah, Al Adamson, director of such poorly regarded cinematic fare as BLOOD OF DRACULA'S CASTLE, BLOOD OF GHASTLY HORROR and BRAIN OF BLOOD. As I confessed to producer / director David Gregory before going in to this, that latter title is the only Adamson picture I've seen (and I had to admit I quite enjoyed it!). He reassured me that his company Severin intends to bring out a box set of pretty much all of Adamson's pictures sometime next year. At least I think it was reassurance.
Anyway, here we have a superb, exhaustive documentary on the career of Mr Adamson. The final act takes a bit of a left turn to become something of a true crime movie, as Adamson's murdered remains were notoriously discovered buried beneath the cemented over remains of his jacuzzi. It's a fascinating, enlightening documentary and both Mr Gregory and his co-producer Heather Buckley are to be praised for going the extra mile (in fact several marathons) to get some of the info presented here. I look forward to Severin's promised box set of Adamson movies so I can properly fry my brain. 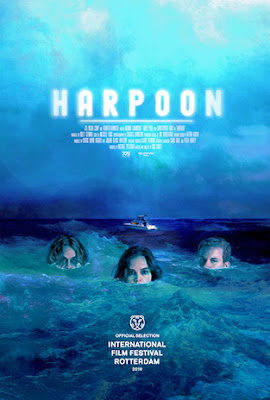 Three people (rich bloke, rich bloke's girlfriend, rich bloke's considerably less well off best friend) set sail on the rich bloke's yacht to celebrate his birthday. Soon things start to go horribly wrong. How wrong I'm not going to reveal because HARPOON deserves watching pretty much cold. What I will say is that it starts off deceptively cocksure and smart-alec, making you think you're going to watch a comedy, but ever so slowly the film tightens into a knot that had me on the edge of my seat by the end. Another winner. 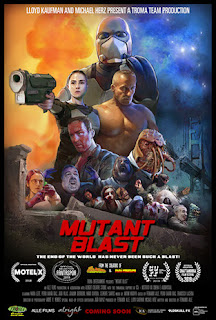 In which we get to enjoy some totally loony Tromatastic daftness for the first twenty minutes or so, after which MUTANT BLAST 'settles down' to become a film with some tremendously imaginative absurdist surrealism, with a philosophical bent! I never thought a giant French lobster dressed in a suit could bring a tear to my eye and for that alone, this is one of my highlights of the festival. So far the film I most want to watch again. Almost straight away if possible.

Back to Frightfest Day One - Thursday
Posted by John Llewellyn Probert at 1:59 am

Email ThisBlogThis!Share to TwitterShare to FacebookShare to Pinterest
Labels: Frightfest