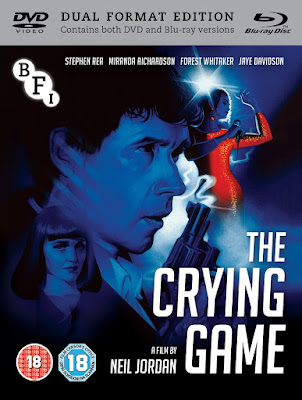 Neil Jordan’s 1992 tale of sexual intrigue against the backdrop of Northern Ireland’s Troubles, and the final (co)production from Britain’s Palace Pictures, THE CRYING GAME gets a lovely dual format Blu-ray and DVD release courtesy of the BFI. 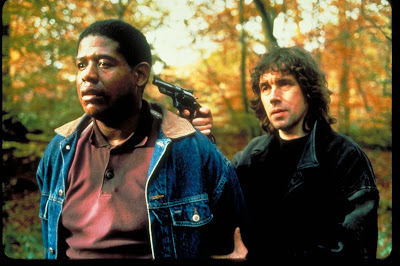 Despatched to Northern Ireland, British soldier Jody (Forest Whitaker) gets seduced by Jude (Miranda Richardson) as part of a kidnap plot by the IRA. He strikes up a relationship with his captor, Fergus (Stephen Rea), asking that, should anything happen to him, Fergus should seek out Jody’s girlfriend Dil (Jaye Davidson) in London. 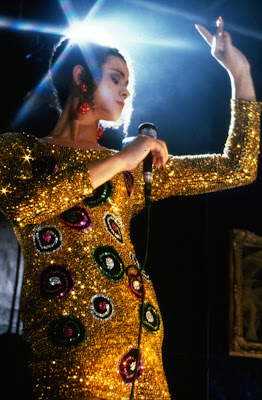 When the abduction ends in gunfire and explosions, Fergus leaves for England and ends up in a curious love triangle with both Dil and the memory of Jody (at least that’s how I read it). But the past (and Jude) catch up with him and Fergus soon finds himself being coerced into resuming his old life. But will Dil let him? Assuming she finds out about it in the first place? 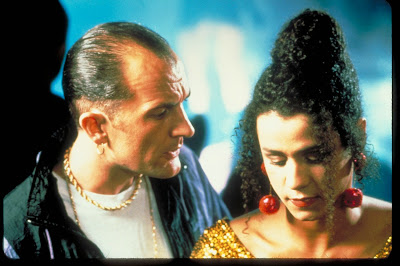 Britain’s Palace Pictures, headed by producer Stephen Woolley and executive producer Nik Powell, gave us some of the best films of the 1980s, and helped cement the reputation of Neil Jordan by making THE COMPANY OF WOLVES (1984), MONA LISA (1986) and this. Well, part of this. Anyone familiar with the documentary about Palace Pictures shown on the BBC many years back will remember that the phones in their office were being cut off due to unpaid bills just as the first bits of THE CRYING GAME were being shot. Consequently, Woolley and Powell had to cobble the financing together from all over the place. Miramax turned it into a hit, but it was too late to save Palace. 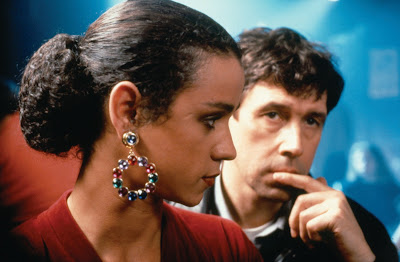 Ah, the irony of the movie business. Arguably Palace’s best film was the one they made just slightly too late to save them. And 25 years later THE CRYING GAME is still a great picture - an engrossing love story with great performances, careful, sensitive direction, and a fine screenplay that deserved its Oscar win. 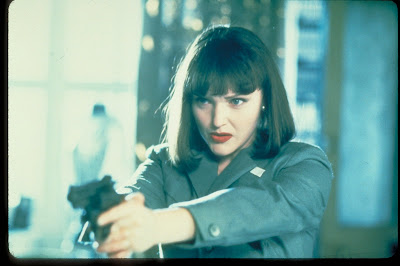 The BFI’s new release comes with a Neil Jordan commentary, a 51 minute making of, the alternative ending that was shot to keep the money men happy and then binned (plus commentary track), trailers, a booklet and the short film Northern Troubles. The transfer looks fantastic, the lush countryside of the first act contrasting with the brighter, gaudier, almost ABSOLUTE BEGINNERS-style look of the Metro pub where Dil sings. THE CRYING GAME is arguably Neil Jordan’s best, and this presentation absolutely does it justice.

Neil Jordan's THE CRYING GAME is out from the BFI in a dual format edition on 20th February 2017. There's also a screening of the film at BFI Southbank on 15th February 2017 with Neil Jordan, Stephen Woolley, Stephen Rea and possibly others in attendance for a Q&A
Posted by John Llewellyn Probert at 9:05 am