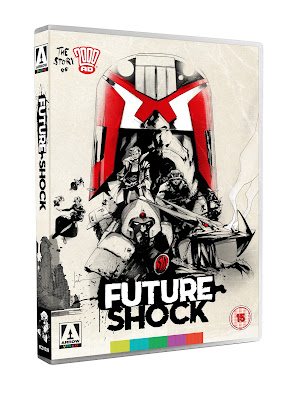 Eighteen months after getting a release from the now sadly defunct Metrodome Pictures, Paul Goodwin’s excellent documentary charting the history and development of one of the most important and influential comics in the world gets a welcome re-release from Arrow Films, with a whole host of new special features. 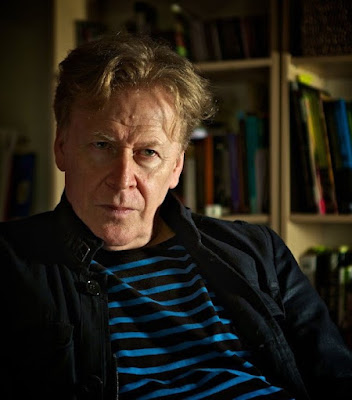 I reviewed FUTURE SHOCK back in December 2015 but to save you searching through the HMC archives here’s the gist of what I said:
It’s difficult now to describe the effect 2000AD had when it appeared in newsagents back in the late 1970s. I can remember it because I was there, and I was the proud owner of the first 50 issues until my father decided they would be better off down the local market rather than cluttering up my bedroom. 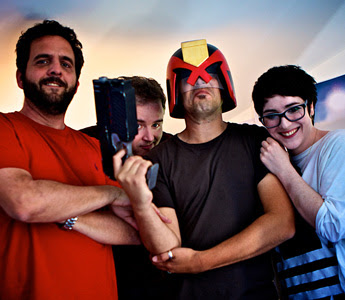 I was also a keen 8 year old reader of Action, the comic that preceded 2000AD but set the tone for its graphic, ultra-violent approach to storytelling. The story of Action provides a nice introduction to the subject of the documentary proper, which features interviews with many of the main movers and shakers including creator Pat Mills (who also gets the last word), a number of editors from the comic’s history, and some of the artists and writers who worked for the comic and went on to become superstars in their own right (Neil Gaiman, Dave Gibbons, Grant Morrison). 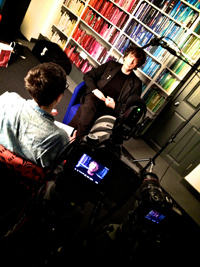 We get some insightful and biting comments on the Stallone JUDGE DREDD movie and quite a bit of praise for the more recent Karl Urban-starring DREDD (Mr Urban is also interviewed). The influence of the comic on other movies us also touched upon - Nacho Vigalondo pops up to talk about his movie TIMECRIMES and there’s a bit of chat about Richard Stanley’s HARDWARE as well. 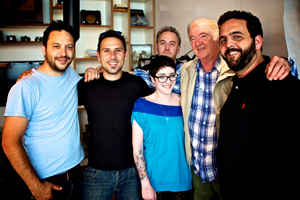 FUTURE SHOCK is an excellent documentary, both of the changing face of Britain through the 1970s and 1980s and how 2000AD became an unlikely voice for some of the angriest and most creative satirists in the country, even if they might not have known it at the time.
Arrow’s considerably extended and updated edition of FUTURE SHOCK comes with a wealth of new materials, including extended interviews with Pat Mills (84 minutes of him - hooray!), Grant Morrison, Neil Gaiman, Dave Gibbons and Karen Berger. There’s a new interview with Steve MacManus, extended chapter featurettes, strip featurettes, and even a blooper reel, all adding up to several HOURS of extra stuff. Fans should absolutely double dip for this one, and if you’ve not got this, now's your chance. Excellent stuff.


FUTURE SHOCK is out from Arrow on both Region B Blu-ray and Region 2 DVD from Monday 31st July 2017
Posted by John Llewellyn Probert at 9:53 am