Yes, it's all over for another year, and Mrs Probert & I are still recovering from six fabulous days of giallo in both literature & film (yes those are genuine gialli paperbacks behind us): 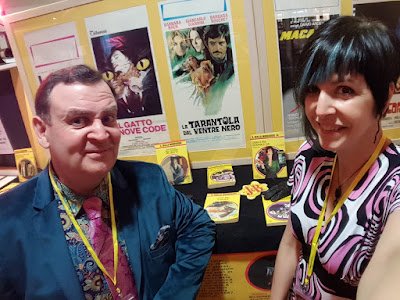 ...cocktails (this one is The Killer Must Drink Again, a mix of grenadine, orange juice and OF COURSE, J&B)...: 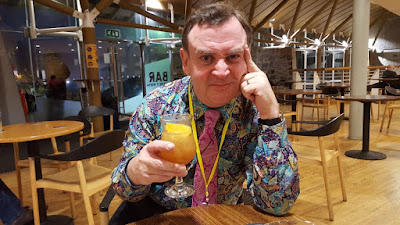 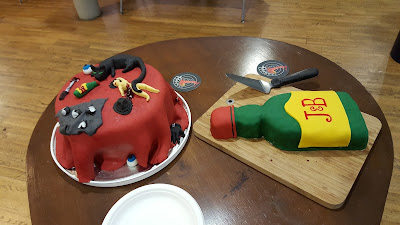 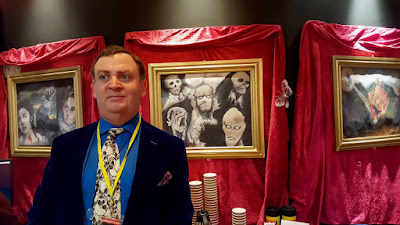 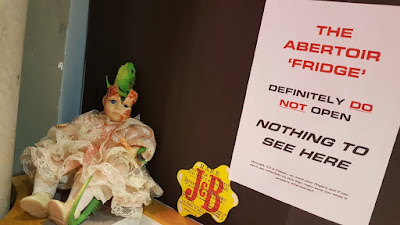 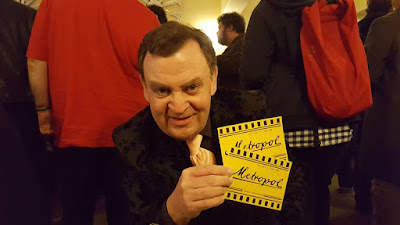 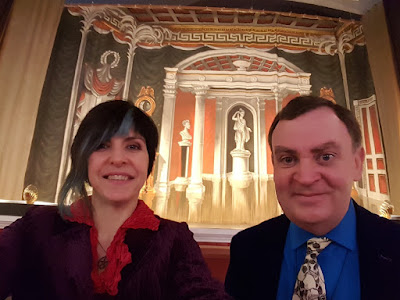 ...trying out for the sequel to THE WITCH (2015 which we saw at Abertoir before all the hype, thank goodness): 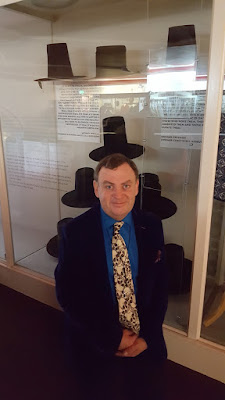 ...and of course having a splendid time in the Abertoir screening room (Helena Markos kindly gave Mrs Probert the week off from the academy provided she made it clear she was studying there): 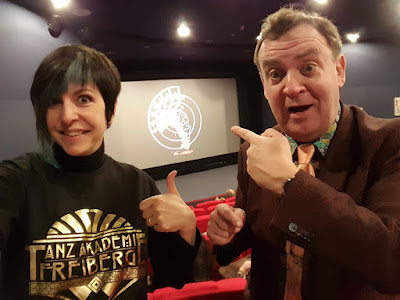 The final two films of the festival were two of the best films I have seen all year, & I don't doubt I'll be writing about them again at my traditional Top Ten round up on Boxing Day. First up was: 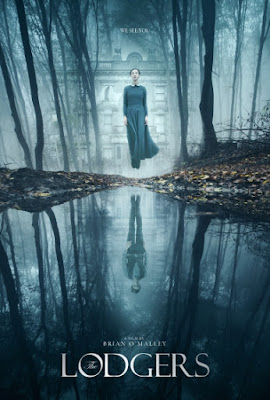 Director Brian O'Malley's follow up to 2014's LET US PREY is a superb gothic ghost story set in the rural Ireland of 1920. Twins Rachel (Charlotte Vega) and Edward (Bill Milner) live in an isolated, crumbing gothic mansion and are safe as long as they follow the rules set down in a bizarre nursery rhyme by the 'other' occupants of the house.
Exactly what these are, and what is going on, is revealed in a climax that is a creative as it is nightmarish, and I would be spoiling it for you if I said any more, suffice to say if you like subtle, original, beautifully directed (some of the 2.35:1 widescreen compositions are breathtaking) ghost stories this is your movie of 2017 to watch. 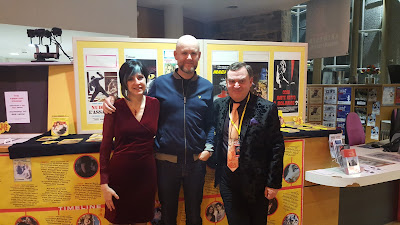 The director was in attendance, & we got to chat with him afterwards. Mr O'Malley cited influences such as Jack Clayton's THE INNOCENTS (1961), Alejandro Amenabar's THE OTHERS (2001) and J A Bayona's THE ORPHANAGE (2007). I am sure that in the future THE LODGERS will be grouped with those classics. Seriously excellent stuff. 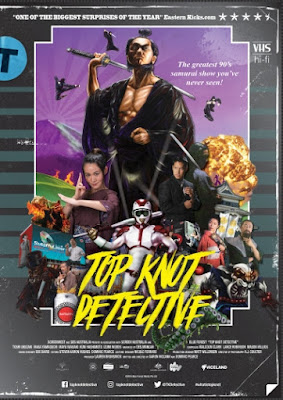 The only way you can successfully follow one of the best horror films of the year is with the best comedy of the year. TOP KNOT DETECTIVE was a wonderful way to end Abertoir.
A SPINAL TAP-type mockumentary documenting the 'classic' ie raving mad TV show of the title, aka DEDUCTIVE REASONING RONIN (translated from the Japanese), the film charted the success and downfall of the show and it's lunatic creator / writer / director and star Takashi Takamoto who was utterly terrible at all those tasks and became a huge star.
Talking head pieces, 'news' footage, and of course, lots and lots of clips of the brilliantly awful 'show' made this the funniest film I have seen in years. Full marks to writer-directors Aaron McCann and Dominic Pearce for creating something that's going to be getting several rewatches here as soon as it comes out on disc.

And that's it for another year! My sincere thanks to Gaz Bailey, Nia Edwards-Behi and Rhys Thomas Fowler for organisation that was second to none and which exhibited a degree of creativity likely to remain unsurpassed until next time; plus all the new friends we made and the old friends we got to meet again, including 'Gialli' the wonder dog. We had the best time. Normal service will recommence with my next review but right now we're still buzzing.

The Fabulous Festival that is Abertoir takes place every November in windswept Aberystwyth. I'll be publicising next year's closer to the time. But only after Mrs Probert & I have secured our passes.

Posted by John Llewellyn Probert at 8:17 am