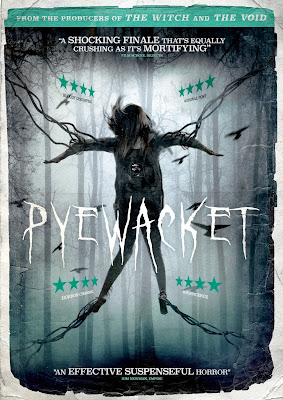 Signature Entertainment are bringing out PYEWACKET - director Adam MacDonald's follow up to his killer bear picture BACK COUNTRY - on UK DVD. 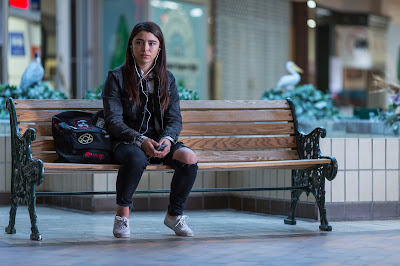 Teenager Leah (Nicole Munoz) is forced to move home by her unstable mother (The Walking Dead's Laurie Holden) after the death of her father. When mum threatens to take her out of school and away from her friends, Leah uses a ritual from a bestselling book on the occult she has recently bought to conjure the titular demon, intending it to punish her mother. 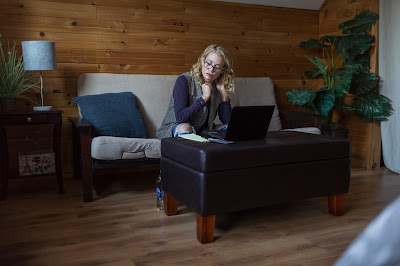 However, after the ritual, odd things start to happen, Leah realises she actually might like her mother after all, and she decides to try and reverse the ritual. But can she? Or has it even worked in the first place and everything is actually all in her head? 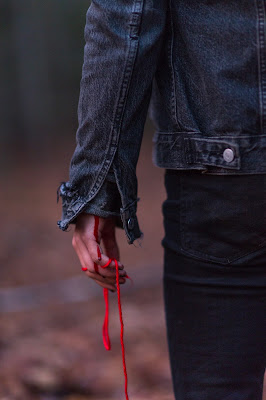 There's a lot of love out there in reviewland for PYEWACKET, but I'm going to offer a note of dissent here as I really didn't think it was up to much. It feels like a 30 minute piece that's been steamrollered out to feature length but with the (very low) budget kept the same. 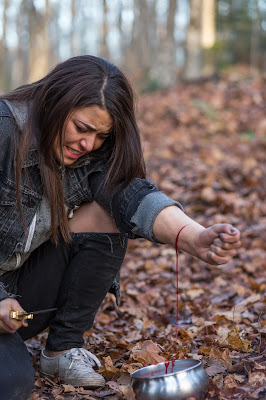 If movies like THE WITCH (which I will admit I loved) or IT COMES AT NIGHT worked for you then you might want to give PYEWACKET a watch, but those who require something a little faster paced be warned: this is a Very. Slow. Movie. Where Not. Much. Happens. The ending reportedly takes 'some working out' so I'm guessing my straightforward take on it (which I'm not giving away because I'm not like that) isn't what they wanted me to take away. If we get many more of these I'm going to have to create a Borror (= Boring Horror) section of this site because this does seem to becoming a bit of a disturbing trend, and not in a good way.
Extras include twelve minutes of interviews and five minutes of behind the scenes.

PYEWACKET is out from Signature Entertainment on
Digital HD on Monday 16th April 2018 and DVD on Monday 23rd April 2018
Posted by John Llewellyn Probert at 8:36 am