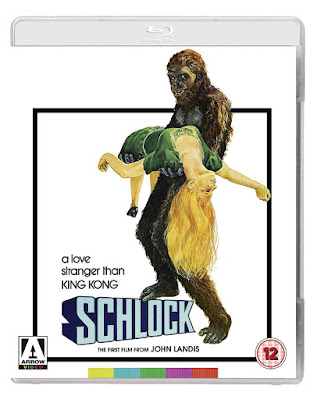 A few years (well, eight) before they collaborated on AN AMERICAN WEREWOLF IN LONDON, writer-director John Landis and special effects maestro Rick Baker combined their talents to make this low budget comedy, which is now getting a Blu-ray release from Arrow. 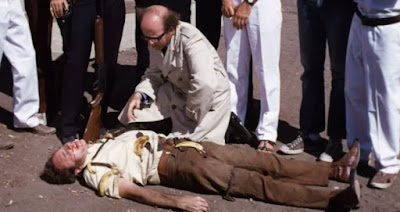 The Southern Californian police are baffled by a spate of murders that now total in the hundreds. At the site of each massacre the only clue is the large number of banana skins left strewn around. 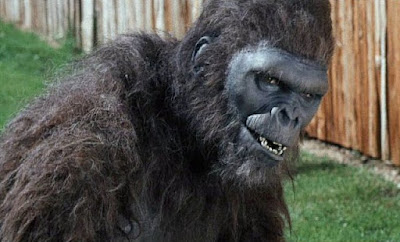 It soon becomes apparent that the killings are the work of a primordial ape man dubbed the Schlockthropus (Landis himself in a Rick Baker suit). The Schlock goes on the run and a series of comedic encounters ensue. 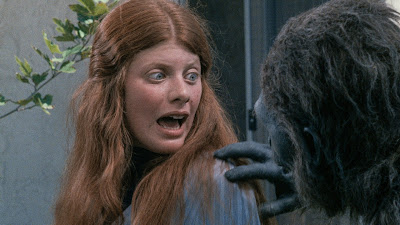 These include Schlock visiting a cinema (which is showing executive producer Jack H Harris' THE BLOB), meeting a blind girl who thinks he's a dog, and joining in on a piano duet. 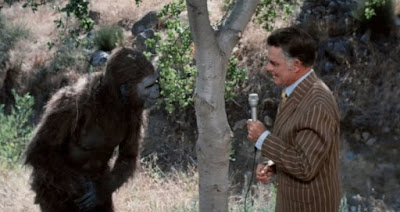 It's all fairly lowbrow, silly fun. A lot of the set pieces spoof scenes from classic films - Kubrick's 2001 and James Whale's 1931 FRANKENSTEIN are just two, and the film ends with the predictable KING KONG-style climax on the roof of a gymnasium. 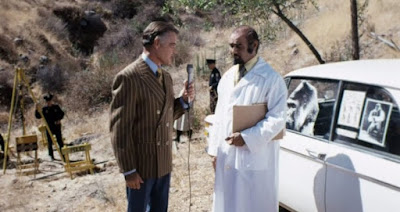 If you're a John Landis fan you'll want to see this. If not, be warned this is probably more of historical interest now than actually funny, especially as the idea of spoofing other movies has been done to death. In 1971 (when the film was actually shot) it must have seemed fresh and new, though. 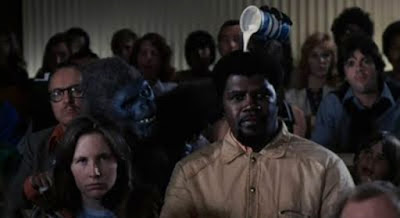 Arrow's 4K transfer looks great. Extras include a Landis / Baker commentary, a 2017 interview with John Landis, a new talking head piece from Kim Newman and an archival interview with Director of Photography Bob Collins. You also get trailers and radio spots, a reversible sleeve and a booklet with new writing on the film by Joe-Bob Briggs.

Posted by John Llewellyn Probert at 7:57 am