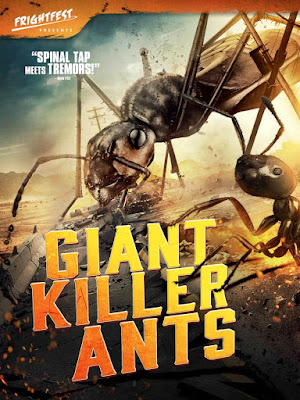 On second thoughts that's probably not such a good quote as now I have an image of old ladies on rocking chairs having to face a horde of giant ants. Maybe that will be in the sequel to this, director Ron Carlson's Glam Metal Vs Giant Ants comedy horror, which is getting a digital download release from Signature in the Frightfest Presents series. 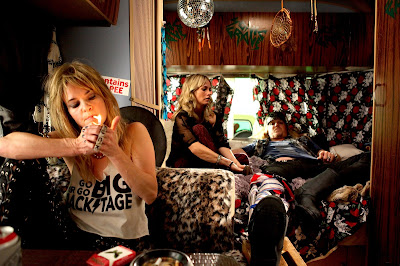 Glam metal band Sonic Grave had one hit back in 1989. Ever since then they've been staging a comeback, the latest of which is planned at the Coachella music festival. Except that, as they travel through the Joshua Tree National Park, manager Danny (Tom Arnold) informs them they're actually going to a far less prestigious festival because he couldn't get them in to the first one.

They've still got their plan, though. No more power ballads (even though they've been asked to open with one) and some new songs which will hopefully be written by the time they get there. To aid in their composition they stop & buy some peyote from Bigfoot (Michael Horse from TWIN PEAKS) who warns them if they kill a single living creature while on it they will be revenged upon a hundredfold. 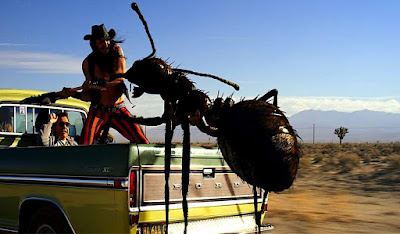 Art the bass player (Sean Astin) is 'from the shire' (ho ho)  and doesn't handle the peyote well. Pretty soon he has had a wee on an ant and all hell breaks loose in the form of increasingly large CGI versions of the insects that trap them in their trailer. Will the band survive? Might electric guitars be involved?

Shown as DEAD ANT at Glasgow Frightfest earlier this year, GIANT KILLER ANTS could have been both a lot funnier and a lot scarier. While it's undemanding knockabout fun there's the sense that the full potential for humour hasn't been wrung out of every (and any) scene. As the film progresses one wonders how much of the dialogue was scripted and how much was directorial instruction to 'just be funny in a metal way'. 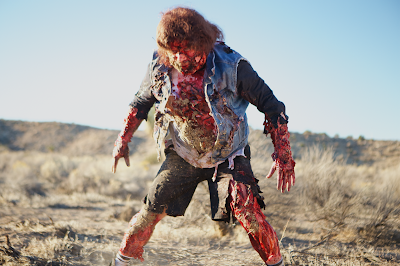 The CGI ants are basic effects at a level that will have older viewers missing the work of Bert I Gordon (1977's EMPIRE OF THE ANTS et al). The star turns from Astin, Arnold and Jake Busey help to pass the time and there's an appropriately nutty ending. A noisy film that's all right for a (very) quiet night. And the end title theme really should have been 'Antmusic'. 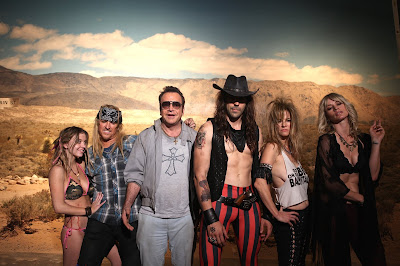 Posted by John Llewellyn Probert at 9:16 am