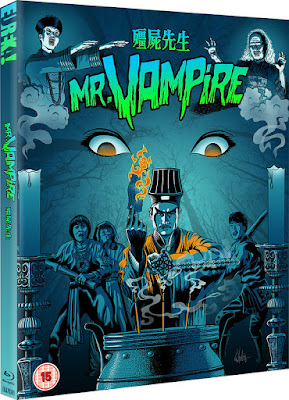 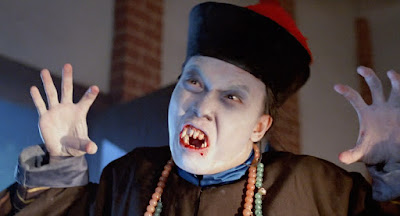 Master Kau (Lam Ching-ying), master of all things supernatural, is called onto exhume a corpse at the behest of a rich family man who has been told his late father's body needs to be moved after twenty years. Unfortunately it turns out the man died in a state of stress and unable to expel his last breath, which means he is now a hopping vampire. 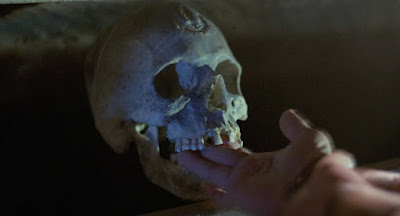 Along with his two bumbling assistants, Master Kau has to use all his knowledge of Buddhist scripture and sticky rice to defeat the evil spreading through the town, as well as deal with an apparently sexy ghost who has set her malformed eye on one of his sidekicks. 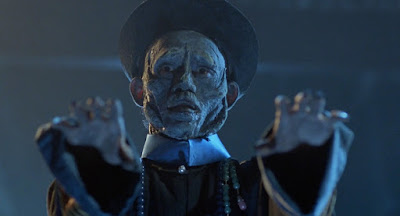 Playing like a Golden Harvest version of Roman Polanski's THE FEARLESS VAMPIRE KILLERS (and hence the subtitle up there for those who aren't aware), MR VAMPIRE is a surprisingly effective mix of physical comedy and supernatural horror. Much of its success is down to director Ricky Lau, who is as adept at managing the scary bits as he is all the pratting about. The cast is good too, with the leads likeable and helping to carry off a lot of the unsubtle humour. Yes there are trousers being pulled down and pratfalls aplenty but even if that's not necessarily your sort of thing there's no doubting MR VAMPIRE works extremely well in balancing its humour and horror elements. 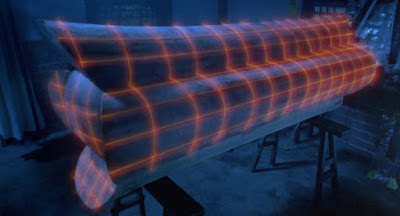 Ricky Lau's MR VAMPIRE is out on Blu-ray from Eureka on Monday 20th July 2020
Posted by John Llewellyn Probert at 9:54 am