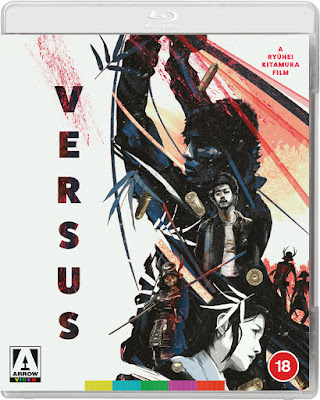 Ryuhei Kitamura's cult classic is getting the 2K Blu-ray treatment from Arrow in a two disc edition that includes both the 2000 original and the expanded 2004 version ULTIMATE VERSUS, along with a host of special features. 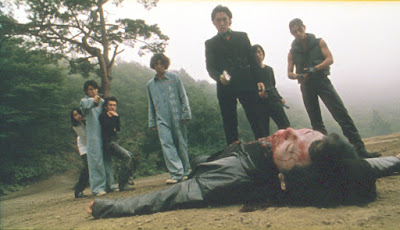 Two men escape from police custody into a bleak and forbidding forest. A yakuza gang turns up, ostensibly to rescue the escapees but under instructions to wait for their boss to arrive. One of the gang members is killed and almost immediately rises from the dead, eventually to be killed once more. 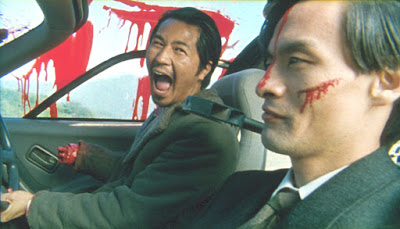 Unfortunately for all concerned it turns out that the forest is the mythic Forest of Resurrection, one of the 666 gates to the other side (this one is number 444) and it's also the site of an eternal battle between a man who turns out to be the yakuza boss, and one of the escaped prisoners. We've seen one of the battles from 500 years ago before the opening credits. 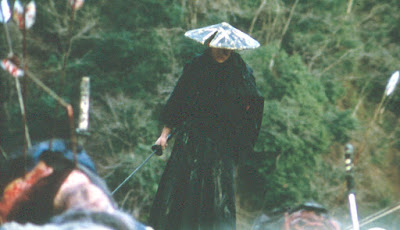 The above storyline is the film's excuse for nearly two hours of gun battles, martial arts and gallons and gallons of blood to be spilled as our hero fights it out with the yakuza and armies of the dead who have been buried in the forest over the years, all while trying to protect a girl whose blood contains the 'power of resurrection'. 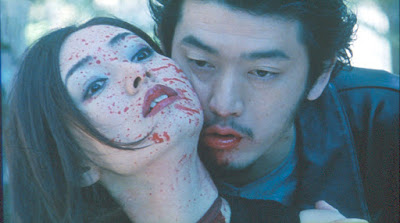 VERSUS isn't high art, or what you might term 'quality' cinema, in fact it's resolutely low budget and down and dirty. It's also immensely resourceful, keeping almost all its action to the same location. There's a home-made feel to it that's reminiscent of Peter Jackson's 1989 BAD TASTE and by the time you get to the end you'll be suspecting Steve MANBORG Kostanski was influenced by this one as well. 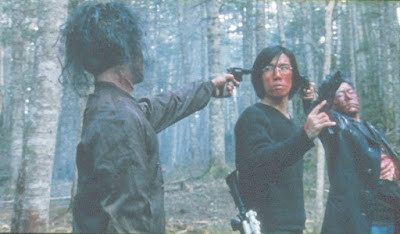 Arrow's discs come with new 2K scans of both VERSUS and ULTIMATE VERSUS, which is ten minutes longer, has some CGI to smooth things out and some new music. Extras include three commentary tracks (two on the original VERSUS), a documentary on the making of the film, Jasper Sharp's essay on director Kitamura's career, footage of the film being screened at festivals, deleted scenes, two short films (Nervous & Nervous 2) featuring characters from VERSUS and more. And if VERSUS itself feels a bit long at two hours there's a 20 minute condensed version for those with really short attention spans. 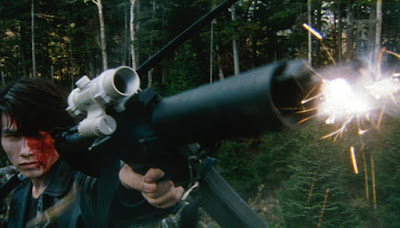 The kind of film that film festivals were made for, VERSUS is probably best watched in that kind of environment, but it's also good for a night in watching with friends who are also fans of the kind of utterly mad stuff that this very much is.

Posted by John Llewellyn Probert at 8:29 am