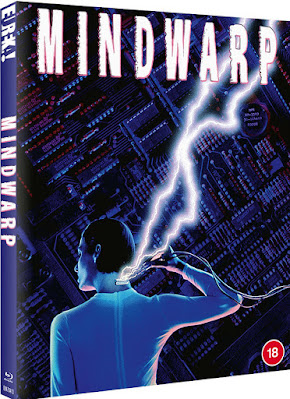 It's time for a bit of low budget post-apocalyptic splattery action as Eureka brings out MINDWARP (released in the UK back in the day as BRAIN SLASHER) to Blu-ray. 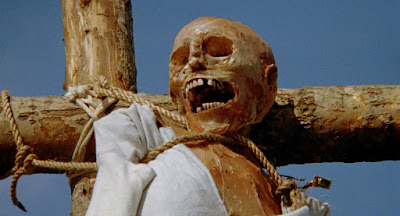 There's been an apocalypse. The earth is now divided into the inworlders who spend their days hooked up to computers living fantasy existences, ad the outworlders who inhabit the wastelands, some of whom, the crawlers, have resorted to cannibalism and live underground. 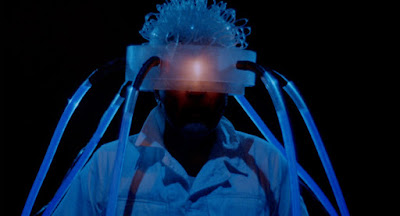 Inworlder Judy (Marta Alicia) has had enough of her fake life, so she unplugs herself from the system and finds herself sent to the outworld where she meets Stover (Bruce Campbell), but it's not long before they end up captured by the crawlers, whose leader is called the Seer (played by none other than the Tall Man himself, Angus Scrimm). Will Judy and Stover escape before they get subjected to the Seer's cannibal grinding food-making machine? 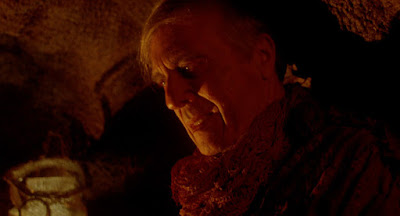 Originally premiered in the UK at Manchester's Black Sunday film festival, MINDWARP feels as if it belongs to the same subgenre as low-budget fare like DEATHSTALKER or THE BEASTMASTER. The monsters are gloppy (courtesy of KNB FX), the girls wear tight underwear and there's lots of running and if you're nostalgic for this sort of thing then this lesser known movie will be just for you. 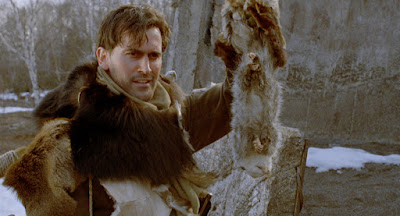 Extras on Eureka's disc include a commentary tack from Fangoria editor Tony Timpone (MINDWARP was the first film produced as part of the Fangoria Films label) as well as videotape footage of Bruce Campbell and Angus Scrimm at the Fangoria Weekend of Horrors in 1990, just after they'd finished work on the film. The first pressing also comes with a booklet containing an essay on the film. 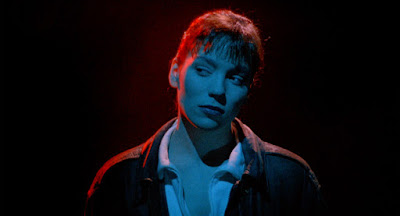 Posted by John Llewellyn Probert at 9:38 am

Email ThisBlogThis!Share to TwitterShare to FacebookShare to Pinterest
Labels: 1990s