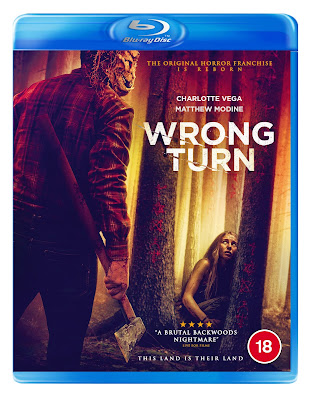 Not a Remake and Not a Sequel

Well it isn't. Despite being the seventh film to bear the title WRONG TURN since Rob Schmidt's 2003 original, and the same writer (Alan B McElroy) as that film, this is a WRONG TURN in name only. Well, and in terms of bright young things meeting horrible fates in an American forest (this is the first of the films to actually be made in the USA, by the way). 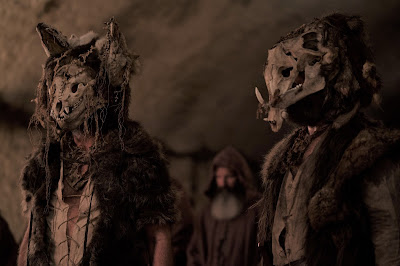 Jen (Charlotte Vega from Brian O'Malley's THE LODGERS) and her bunch of millennial friends leave the city & head off into the mountains to trek the Appalachian trail. They stray off the path like they're not supposed to, one of their number does something extremely inadvisable, and pretty soon they're prisoners of the Foundation - a community formed before the American civil war. Six weeks after they disappear Jen's father (Matthew Modine) comes looking for them. 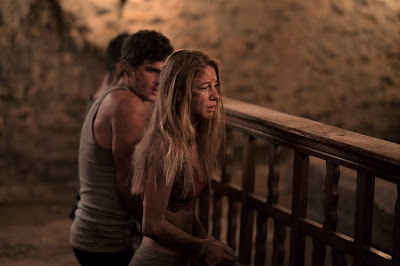 This new WRONG TURN isn't bad at all. You get the sense the plan was to combine torture porn with folk horror and perhaps tip a bit of Amazon TV hit VIKINGS into the mix as well. What that means is that we get a film that's rather unevenly paced but good enough to maintain interest throughout. Director Mike P Nelson gives us some excellent imagery and there are a fair few decently creepy moments that don't make you feel as if you're watching the umpteenth film in a backwoods horror franchise - which is probably why it got a (deserved) retitling. The climax isn't as suspenseful as it could have been (and the music really needed to switch from the usual folk horror groans and bongs to something with a bit more drive) but nevertheless if you've seen a few of the previous entries in the franchise you may be pleasantly surprised by this. 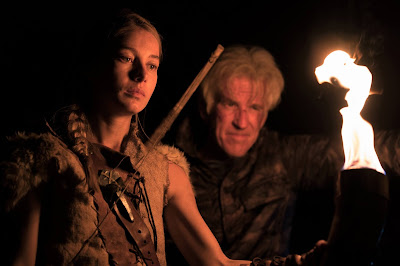 Extras on Signature's Blu-ray include a half hour making of, seven minutes of deleted scenes, and a commentary track by the director.

Posted by John Llewellyn Probert at 8:45 am