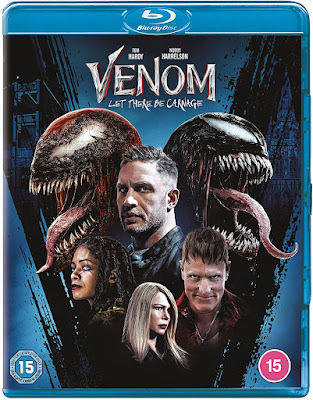 The Sony/Marvel franchise continues on its own semi-independent path with the sequel to 2018's VENOM, getting a 4K UHD, Blu-ray and DVD release from Sony after its digital download and keep release last Christmas Eve. 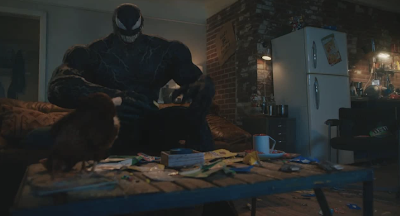 Eddie Brock (Tom Hardy) is now living in knockabout symbiotic sort-of harmony with the organism known as Venom when he gets the chance to interview Cletus Kasady (Woody Harrelson) on death row. Unfortunately for all concerned, Cletus manages to ingest some of Eddie's (and therefore Venom's) DNA and becomes host to a similar creature, this one named Carnage. Cletus / Carnage escapes and sets off to find Cletus' lover Shriek (Naomie Harris) who can manipulate sound, and it's up to Eddie / Venom to stop both of them. 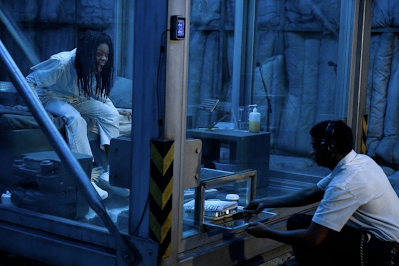 Like its predecessor, VENOM: LET THERE BE CARNAGE comes to our screens feeling oddly...lacking, as if either a chunk of the script wasn't filmed or too much of what was filmed ended up being cut. This may simply be indicative of the complexity (and length) of other modern super hero movies, and if you're looking for a straightforward goodies vs baddies plot then this will do the job for you. Anyone looking for more will have to satisfy themselves with wondering which bits were shot in the film's setting of San Francisco and which were filmed at London South Bank University and Leavesdon Studios in Hertfordshire. Needless to say the preponderance of British cast members will help in that regard. 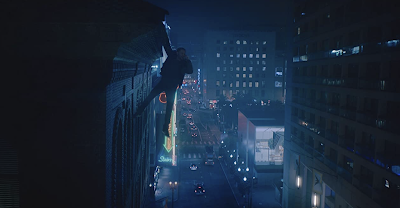 Extras on Sony's 4KUHD and Blu-ray discs include a seven minute making of featurette (the only extra on the DVD), three minutes of out-takes and bloopers, nine minutes of deleted scenes, behind the scenes featurettes on Eddie & Venom (ten minutes), Marvel Easter Eggs found in the film (four minutes), Cletus Kasady and Cletus and Shriek (five minutes each), Concept to Carnage (four minutes), eight minutes of scenes before visual effects were added, and a one minute trailer for the extras. There is no commentary track.

VENOM: LET THERE BE CARNAGE is out on 4KUHD, Blu-ray and DVD from Sony on Monday 3rd January 2022

Posted by John Llewellyn Probert at 11:41 am