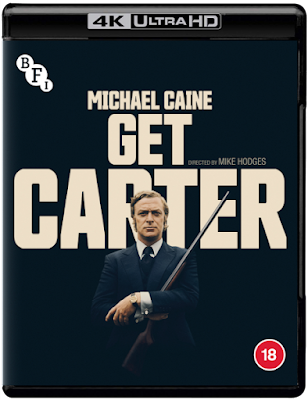 There's a story that in 1969 director Pete Walker was running his latest film in a Soho screening room when producer Michael Klinger wandered in and asked him about the subject matter. Walker duly told him, to which Klinger then replied that he intended to make something similar 'but a lot better'. The Walker film was MAN OF VIOLENCE, released on the BFI flipside label in 2009. The Klinger film was GET CARTER and while it's been released on disc a number of times the BFI are about to release a lavish extras-packed two-disc version of  what is inarguably one of the finest British films ever made. 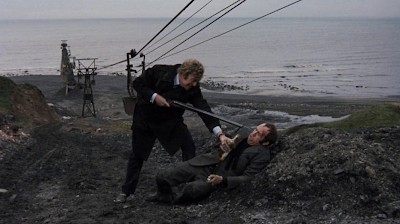 You likely know the story. Gangster Jack Carter travels to Newcastle to investigate the death of his brother and in the process uncovers a sleazy, corrupt underworld that initially wants him back in London asap and eventually orders him dead. But he's a tough and mean and (almost, perhaps) as soulless as they are and he doesn't intend to stop until justice is done. 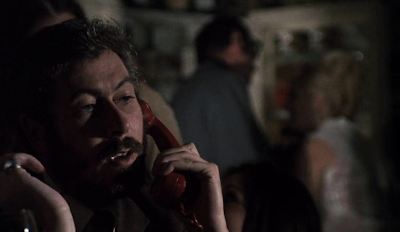 A great cast, a tight story, an original, ambitious and minimalist music score, terrific locations and powerhouse direction from Mike Hodges all combine to capture lightning in a bottle and create a film that somehow feels timeless despite its early 1970 trappings. Perhaps the most surprising thing about GET CARTER is how long it took for it to becomes the cult item that it now very much is. 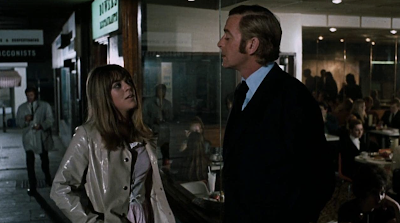 The BFI's two disc set presents the film on disc one, either in UHD or on Blu-ray depending on which set you buy. The film comes with two commentary tracks, an archival one with Mike Hodges, Michael Caine and DP Wolfgang Suschitsky and a new one with Kim Newman and Barry Forshaw, who are ideally suited to contextualise the film both in terms of the cinema of the period and the paperback thriller genre the source material belonged to. The disc also comes with a new two and half minute introduction from Michael Caine. 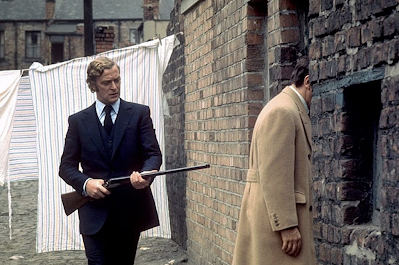 Disc two kicks off with Mike Hodges in Conversation recorded this year at BFI Southbank. It's an hour long interview which covers his early career in documentaries and television work, getting to GET CARTER about halfway through. He also has stories to tell about THE TERMINAL MAN, FLASH GORDON, BLACK RAINBOW and CROUPIER and well done to the audience member at the end who asks him about his involvement with DAMIEN OMEN II. 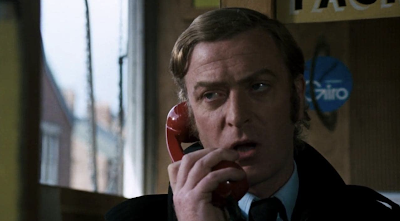 Klinger on Klinger is son Tony talking about producer father Michael for 24 minutes, covering his father's creation of the Compton cinema, his partnership with Tony Tenser, and his international film career after the two split. Don't Trust Boys is twenty one minutes with actress Petra Markham (Doreen in the film) discussing her career. Jonny Trunk, the man responsible for so many soundtrack collectors now owing the likes of PSYCHOMANIA through his Trunk Records label, discusses the life and career of composer Roy Budd and talks about the score ("Tablas for up North? And yet it works"). We also get Roy Budd himself playing the theme on three different keyboards (including the electric harpsichord). 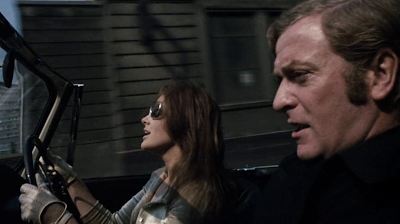 Archival pieces include a location report from the BBC's Look North programme from 1971 presented by Michael Rodd, and The Ship Hotel Tyne Main which is a 33 minute black and white documentary about a pub on the Tyne. Finally there are trailers, and Mike Hodges' screenplay - all 91 pages of it. 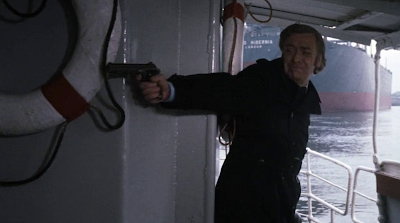 As I mentioned above, the BFI are releasing GET CARTER in two versions - UHD disc and Blu-ray or two Blu-rays. Both editions come with an 80 page book, a double-sided poster and four postcards, all housed in a rigid slipcase. Here's what it all looks like: 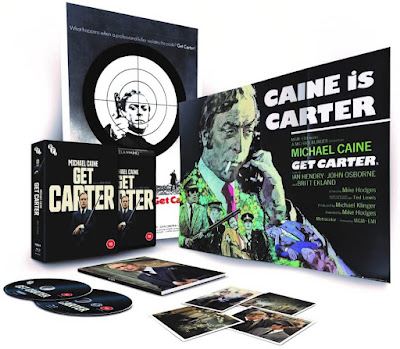 Posted by John Llewellyn Probert at 11:32 am