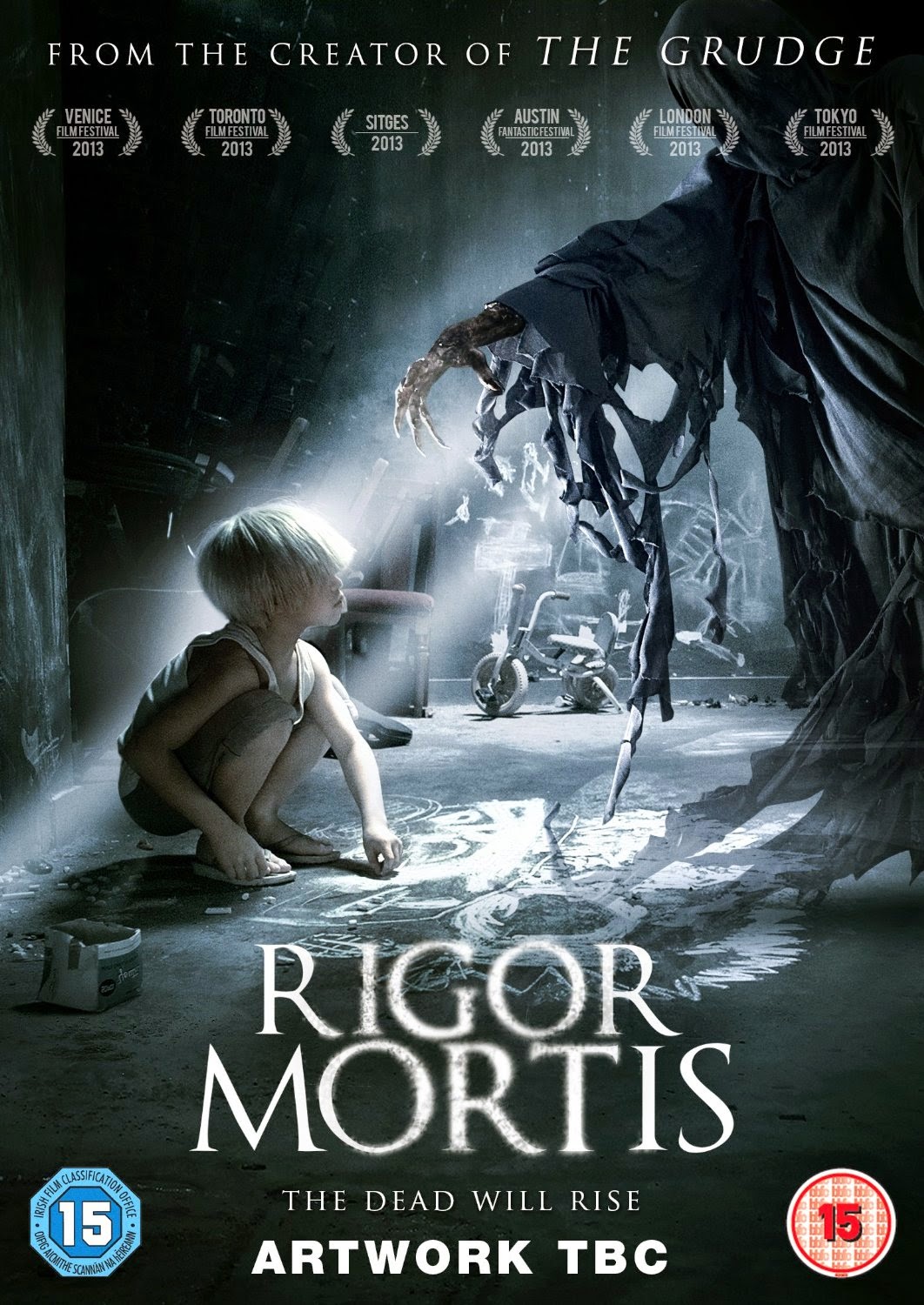 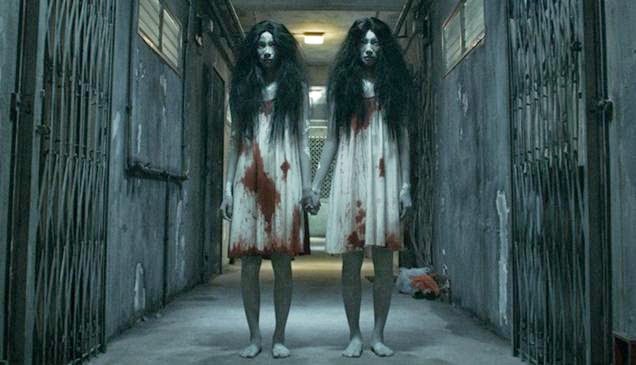 It’s not that easy to describe the plot (I've put up plenty of pictures in the hope that helps) but I’ll have a go. A former movie star falls on hard times and moves into the kind of grim grey tower block even Candyman would think twice about living in. 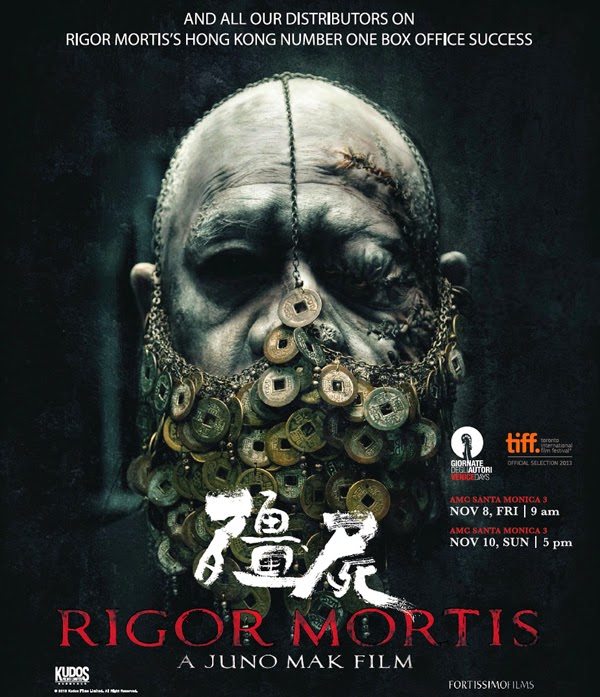 He’s haunted by visions of sitting at the dinner table with his wife and child while they stare at him with white pupil-less eyes. Driven to despair, he tries to hang himself but is saved by a man who turns out to run a local restaurant, when he’s not carrying on the family tradition of being a vampire hunter.

Meanwhile another of the rooms in the block is haunted by the ghosts of raped and murdered twins, while yet another apartment is home to an old woman who is desperate to bring the corpse of her dead husband (who is still there) back to life. Needless to say all these different plot strands overlap, collide and weave in and out of one another in a movie that’s not terribly easy to follow but actually does make sense by the time you get to the end. 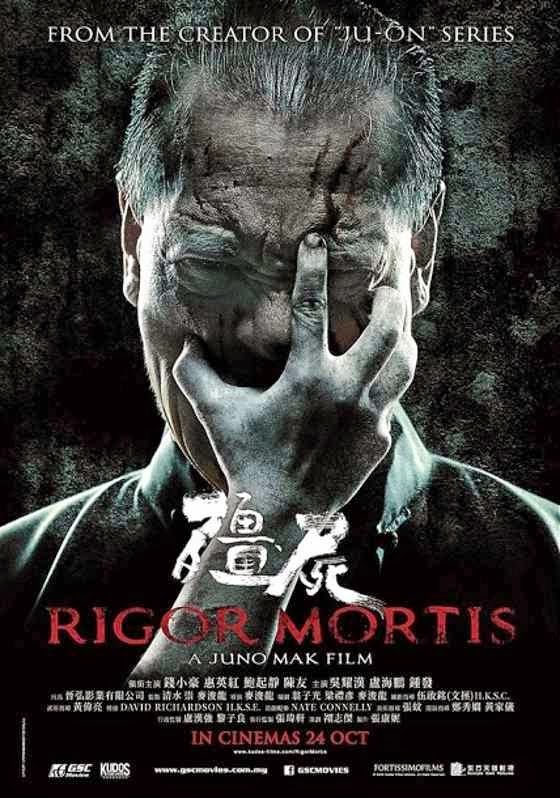 It’s also immensely stylish, with a tone that’s best described as halfway between David Lynch and Ken Russell but obviously very much in the style of good old fashioned Chinese horror fare (although perhaps with rather less comedy). Sadly I’m not sufficiently familiar with the MR VAMPIRE series to be able to appreciate the film’s many nods to it. Many of the cast members from those movies turn up here, and I have no doubt RIGOR MORTIS is best going to be appreciated by those with a working knowledge of Chinese horror cinema and, indeed Chinese culture. 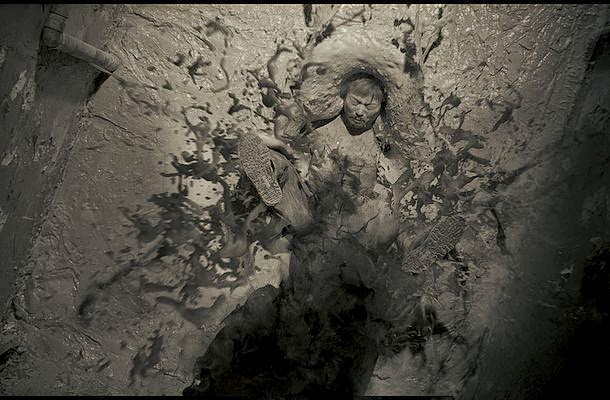 Metrodome’s DVD transfer looks fine. There are two audio options and you ought to go with the 5.1 surround if you want to appreciate all the drips, screams and scratches that pepper the soundtrack. Otherwise there aren't any extras.

Posted by John Llewellyn Probert at 8:41 am