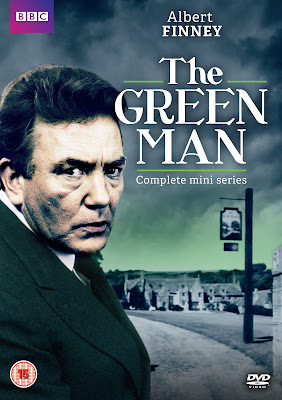 The BBC’s three-part version of Kingsley Amis’ 1969 experimental genre-mixing novel gets a DVD release courtesy of Simply Media. Anyone coming to it blind, solely on the basis of the title, and expecting a serial filled with Pagan and Machenesque influences are going to be disappointed. If, however, you’re familiar with the novel you’ll know to expect a not-entirely-straightforward ghost story. 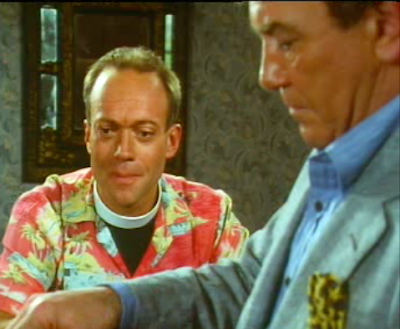 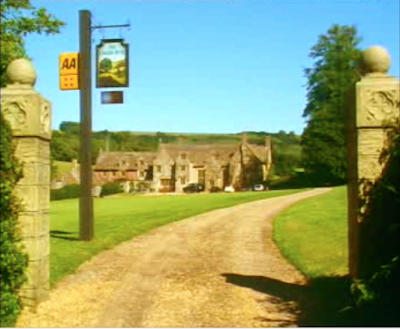 The hotel dates back to the fourteenth century, but it’s the seventeenth century owner, Thomas Underhill, who seems to want to get in touch with Maurice. Underhill was a Cambridge scholar who dabbled in the occult and was rumoured to have killed his wife. As Maurice’s life becomes an increasingly alcohol-fuelled haze he finds himself digging up Underhill’s grave at midnight, in bed with two women, and in danger of losing everything he holds dear. 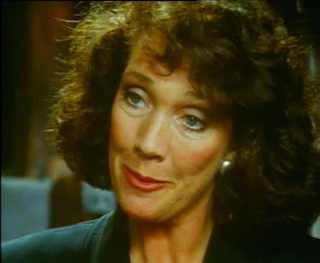 An interesting mix of Jamesian ghost story and bedroom-hopping comedy romp, with a hint of a more disturbing sexual subtext beneath, the BBC’s version of THE GREEN MAN does a fine job of melding the different storylines and switching tones without any of them disrupting the other. This is of course, in part, due to a fine cast, many of whom have an excellent exploitation pedigree. Albert Finney (WOLFEN - I bet that never normally gets cited as one of his credits in reviews) has all the gravitas to lead us through Maurice’s story, and he’s ably supported by Linda Marlowe (BIG ZAPPER and ZAPPER’S BLADE OF VENGEANCE), Nicky Henson (PSYCHOMANIA!) and Sarah Berger (the BBC’s THE CRUCIBLE from 1980). 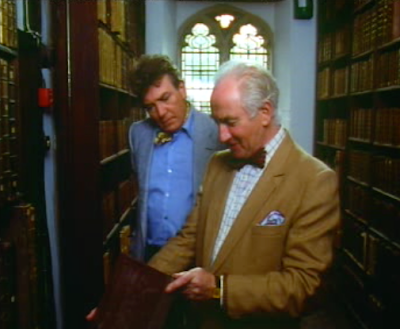 The direction is admirably restrained for the most part, resisting the urge to make the sex comedy bits too Benny Hill but giving us some very pleasing scary trees and all the stuff in the graveyard is just fine, as is Michael Culver’s portrayal of the cadaverous Dr Underhill, who looks as if he could have just stepped out of an unfilmed Amicus follow-up to FROM BEYOND THE GRAVE.
Simply Media’s DVD is bare bones, with no extras at all other than subtitles.

Simply Media are releasing the BBC's version of
THE GREEN MAN on Region 2 DVD on the 5th October 2015
Posted by John Llewellyn Probert at 8:10 am