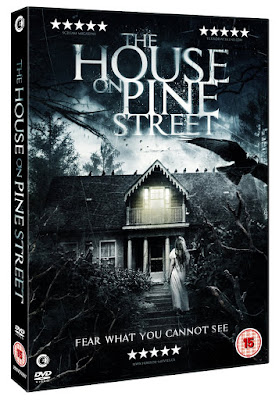 Yes indeed! Ignore that crappy generic box art - this one’s actually worth watching!
Jennifer and her husband Luke move from Chicago back to Jennifer’s quiet hometown with the intention of it providing a calm environment for Jennifer’s pregnancy and the forthcoming baby. As soon as they get there, however, it quickly becomes obvious that all is not well. Aside from being hostile to her mother, it turns out Jennifer would rather be back in Chicago, and wants to get back there as soon as possible. It also transpires that Jennifer has a history of psychiatric illness and tried to perform an abortion on herself when she learned she was pregnant. 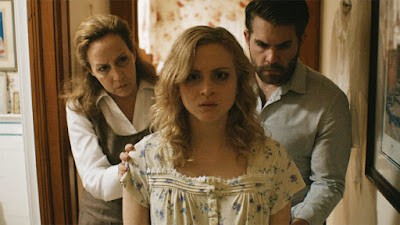 And then there’s the house - nice and big but a bit crumbly, with flaking paint and doors that open and close by themselves. Oh, and all the banging and knocking and hints of weird shadowy figures that only appear when Jennifer’s alone in the house. Why do the neighbours keep looking at her in a funny way? Why does psychic chiropractor Walter think the house has a strange ‘energy’? Is Jennifer going mad or is there really something weird going on in the house? Or possibly both? 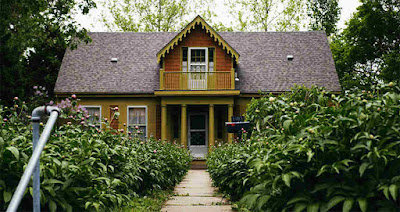 Don’t try to guess because THE HOUSE ON PINE STREET is that gorgeous rarity - a film that keeps you guessing right till the end - and beyond. It’s also refreshingly free of cliche, by which I mean this is anything but a straightforward haunted house tale, or even a mentally unstable young mother tale. 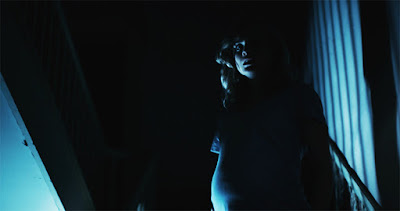 It’s directed by brothers Aaron and Austin Keeling, and their style and feel here is very reminiscent of Mike Flanagan’s pictures ABSENTIA and OCULUS. Nothing is quite what you presume it to be, and there are no easy answers. There is, however, a very pleasing sense of the weird that permeates the whole film, whether it’s the washed out look of the crumbling suburban area where Jennifer and her husband have come to live, deliciously odd touches like the mother next door who has two daughters who never speak, or the gradually building sense of oddness. Another directorial comparison might be the best of Lucio Fulci, but with all the gore and shock taken out leaving just the general sense of weirdness. 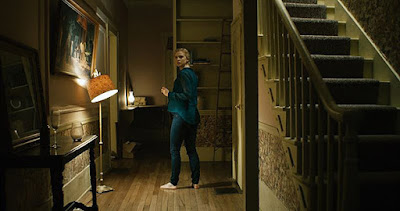 Second Sight’s DVD contains no extras but don’t let that put you off. If you’re looking for something disturbing, unsettling, weird and scary, THE HOUSE ON PINE STREET is the first release this year to get it ever so right.

Posted by John Llewellyn Probert at 9:16 am