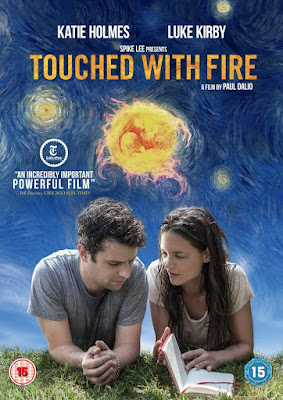 Paul Dalio’s film of two individuals with severe bipolar disease who find love (and inspired by the non-fiction book of the same title) has a planned UK DVD release soon.
Carla (Katie Holmes) and Marco (Luke Kirby) are both poets. She has had an anthology published, he performs his raps onstage. When we meet them, both are veering headlong into exacerbations of the bipolar manic depressive disorder they have suffered from since their youth. When Carla mistakenly checks herself into a local mental facility, and Luke ends up there after a run in with the police, they find their common ground soon leads to a burgeoning romance, much to the worry and concern of their parents. 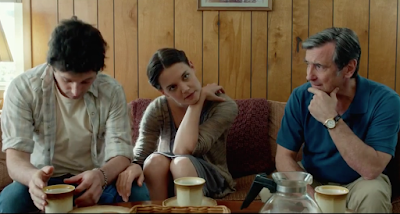 A frank and refreshingly unsentimental look at the (literal) highs and lows of suffering from bipolar disorder, TOUCHED WITH FIRE does a good job of putting us in the protagonists’ heads, such that we understand why they might not want to take their medication (being manic and in love must be the most intense experience ever) but that they have to (it also leads to violence, accidents and general life-endangerment). There’s a happy ending of sorts for both of them, but it’s a realistic one. 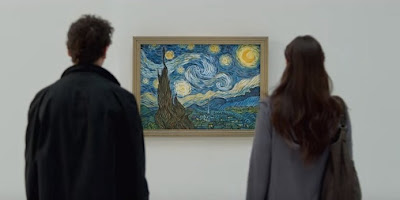 TOUCHED WITH FIRE does a good job of balancing itself precariously on the knife edge between being overly sentimental and rose-tinted on the one hand, and plunging us into the unrelenting nightmare that mental illness can be on the other. Paul Dalio’s direction (and script and music) is helped immensely by a couple of measured, likeable performances by its leads, and the supporting cast is good too, including the always watchable Griffin Dunne.

All of this combines to make TOUCHED WITH FIRE an extremely watchable, non-preachy treatment of its subject matter, which makes it all the more of a shame that on the afternoon of watching it we here at House of Mortal Cinema have learned of the demise of its planned UK distributor, Metrodome Pictures. The film was planned for an August 22nd release & I’d be surprised if it doesn’t make it to the shelves this close to the distribution date. Let’s hope it does, while at the same time raising a glass and issuing a deep sigh for the end of one of Britain’s quirkier and more interesting movie distributors.

Hopefully TOUCHED WITH FIRE will be out on UK DVD on Monday 22nd August 2016 from (sniff and a fond farewell to you) Metrodome Pictures
Posted by John Llewellyn Probert at 10:33 am