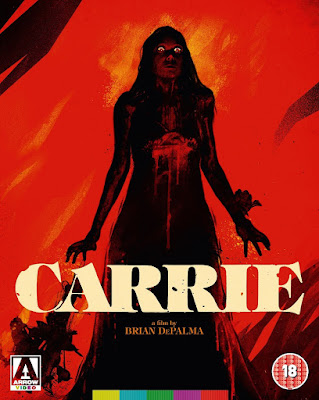 Oh yes. Aren't we horror fans grateful for the 1970s, when so many directors decided to grace us with their best work? And mustn't Stephen King have been grateful (and probably a bit surprised) when his first published horror novel was turned into what has long been acknowledged as one of director Brian de Palma's best films? What if you'd gone to see CARRIE only knowing about, say, 1974's PHANTOM OF THE PARADISE? "Maybe it'll be a laugh, with a few songs and some funny performances mixed in there." Then again, maybe not. 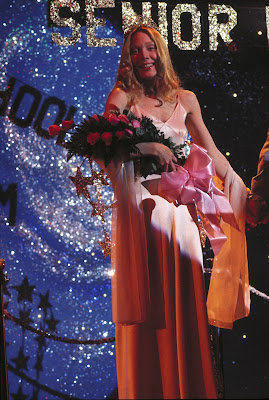 Forget the remakes (yes there have been two so far - in 2002 with Angela Bettis and then in 2013 with Chloe Grave Moretz). I can remember nothing about either, mainly I suspect because de Palma's original is so good that it needs someone of extraordinary skill and vision to make anything comparable, combined with the supremely talented cast and crew he had at his disposal, & it hasn't happened yet. 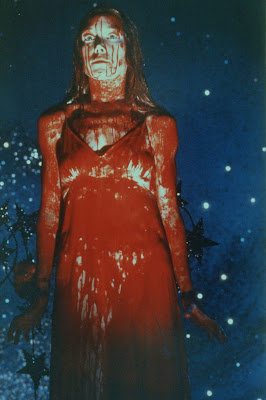 CARRIE has been released in the UK and the US on Blu-ray befpre in markedly different packages. To anyone / everyone who may wonder why anyone would release the film again, here's what you need to know:
It's a 4k transfer that looks better than any other Blu-ray incarnation.
All the extras from the previous UK MGM Blu-ray release have been ported over (two 40-minute documentaries, 6 minute piece on the musical and a trailer)
All the extras from the US Scream Factory Region A release have been ported over as well (except for a still gallery and text gallery). This includes all the interviews with screenwriter Laurence D Cohen, DP Mario Tosi, composer Pino Donaggio, editor Paul Hirsch and casting director Harriet Helberg. 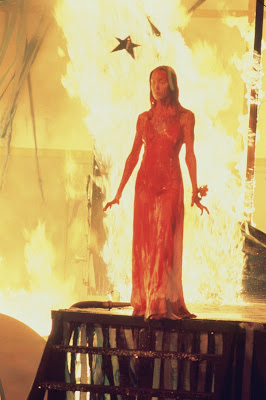 There are new extras in the form of a commentary track from Lee Gambin and Alexandra Heller-Nicholas and a 21 minute visual essay comparing the various adaptations of the novel over the years. Arrow's package also comes with a 60 page book with new writing on the film by Neil Mitchell, a reprint of a 40th anniversary fanzine and an archive interview with Brian de Palma.
CARRIE is a classic worthy of a place in the library of any film fan (and not just horror aficionados). Arrow's set is absolutely gorgeous and impressively exhaustive. Another must-buy from the company.

Arrow Films are bringing out Brian de Palma's CARRIE on Blu-ray on Monday 11th December 2017
Posted by John Llewellyn Probert at 9:12 am