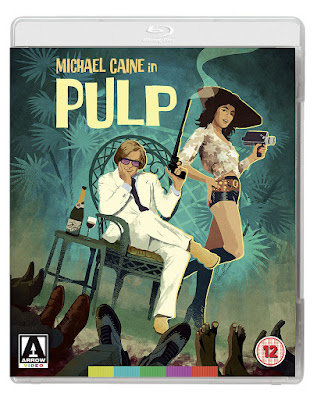 "What the Michaels Did Next"

Star Caine, writer-director Hodges and producer Klinger, that is. Coming off their ultra grim and gritty classic GET CARTER (1971) it made sense that they should instead try something completely different (well it was the era of Monty Python) rather than try and repeat what they had already done. So here is PULP, now getting a Blu-ray and DVD release from Arrow. 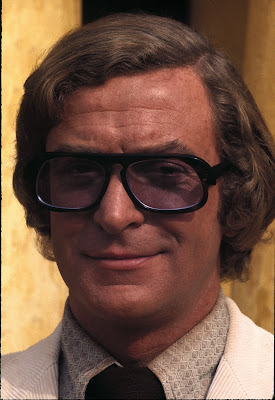 Mickey King (Michael Caine) is an ex-funeral director who has forsaken that life (and his wife and three kids) for the glamorous world (it possibly was back then) of writing pulp paperback novels under a variety of pseudonyms including Susan Eager, Paul S Coming, Gary Rough, Les B Han and the African writer Mr S Odomy ("accent on the ''Od' "). 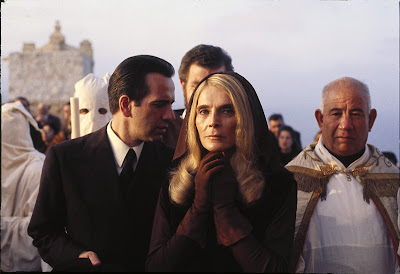 Picking up his latest manuscript from the stenographers (his ambition is to dictate 10 000 words a day just like his hero Erle Stanley Gardner) he is offered a job by Lionel Stander (Polanski's CUL-DE-SAC, Di Leo's MILANO CALIBRO 9 and..er...TV series HART TO HART).
Stander's boss, Preston Gilbert (Mickey Rooney), wants King to ghost write Gilbert's autobiography. Gilbert is an ex-Hollywood star, and it turns out there are people out to kill him, as King soon discovers when he also becomes a target. 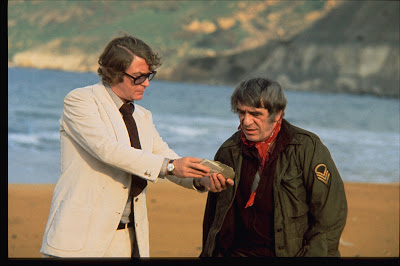 Filmed against the backdrop of some lovely (if rather chilly-looking) Maltese locations, PULP never really gets up enough steam to become both the pulp adventure story and the knowing satire of the genre that it very cleverly (and admirably ambitiously) wants to be. That doesn't mean it's without merit though, and the opening act is a joy that any fan of the pulp literature of that period will find delightfully funny. 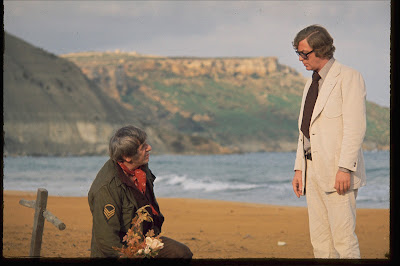 Once we get to Rooney's isolated retreat, however, things slow right down, and the story meanders. There are some terrific shots, but they feel wasted on the material. PULP is a brave failure that's definitely worth a look - just don't expect either the grimness of GET CARTER or the bouncy knowing joviality of THE ITALIAN JOB - instead PULP is a somewhat tepid mix of both. 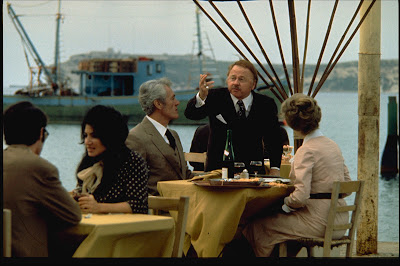 Arrow's 2K transfer is exclusive for this release, and looks as grainy as one suspects the film did when shown in cinemas. Extras include four new interviews with director Mike Hodges, DP Ousama Rawi, editor John Glen and Tony Klinger, son of producer father Michael.  You also get a trailer and a reversible sleeve.

Posted by John Llewellyn Probert at 9:06 am