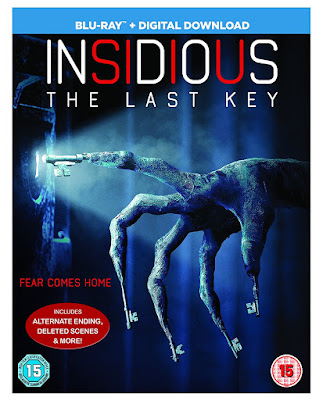 "Pretty Decent for a Part 4"

Because that's what this is. Despite the absence of a numeral this time around (subtitles - often lengthy unwieldy ones - are very much the in thing at the moment) this is the fourth film in a franchise that kicked off eight years ago in 2011. You can read my review of the original INSIDIOUS by clicking on that title. 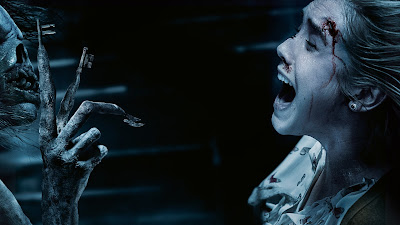 Just to get everyone up to speed, Part 2 was a direct sequel and was so awful I couldn't bring myself to write about it. Part 3 was a prequel that gave us more time with psychic investigator Elise (Lin Shaye) and her two sidekicks Specs (series screenwriter Leigh Whannell of SAW fame) and Tucker (Angus Sampson). 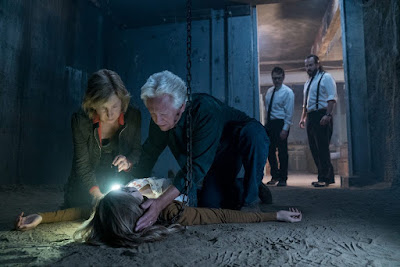 We're still in prequel land here. The story kicks off with Elise as a child and the abuse she received at the hands of her father because of her apparent psychic abilities. We then move forward to 2010, (which raised the question in the HMC screening room of "Was that before or after the first one, then?" so now you know). 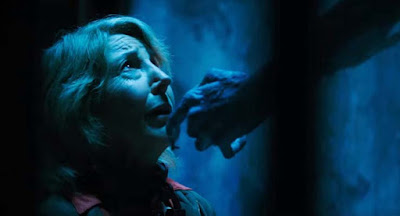 Weird things are happening back in Elise's childhood home, but when the team get there ts quickly becomes apparent that it's not a simple ghost and may even by a demon that Elise unleashed herself when she was a little girl. After a number of satisfying twists and turns we get to the root of the mystery. 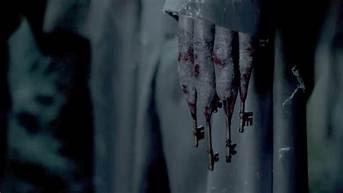 Made for pennies compared with the mega budget blockbusters currently in our cinemas, unlike some who have written about this, I cannot be hard on INSIDIOUS THE LAST KEY. It does a decent job of providing us with a story that keeps you guessing, and thankfully director Adam Robitel knows what he's doing. The original was a masterclass in scary set-ups and Robitel demonstrates a skilful sleight of hand with some of his, such that if you like jump scares this should keep you happy. 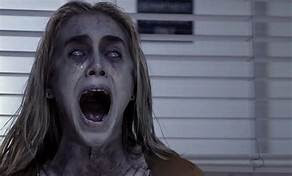 Extras include an 'alternate ending' which isn't, really. Instead it's an alternate edit from close to the end of the film but still worth a look if you liked the movie & want to see a bit more. You also get eight deleted scenes and three featurettes. The featurettes are so short they could easily have all been put together but then I suppose they wouldn't have been able to say 'and three featurettes' on the box.

INSIDIOUS: THE LAST KEY is out from Sony on digital download from Monday 7th May 2018 and on Blu-ray and DVD from Monday 21st May 2018

Posted by John Llewellyn Probert at 8:02 am

Email ThisBlogThis!Share to TwitterShare to FacebookShare to Pinterest
Labels: 2000s