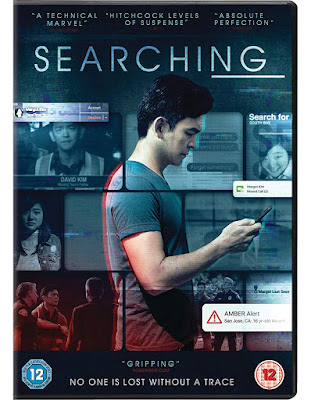 In case you don't know, he's the man behind the recent wave of movies that use modern social media techniques as cinematic narrative devices, turning the movie screen into a computer screen (or is it vice versa). So far his projects have included UNFRIENDED (2014), HARDCORE HENRY (2015) and UNFRIENDED: DARK WEB (2018). SEARCHING is the best use of this kind of storytelling so far and it's getting a digital release on Christmas Eve followed by a DVD release on 7th of January, with a Blu-ray release exclusive to HMV. 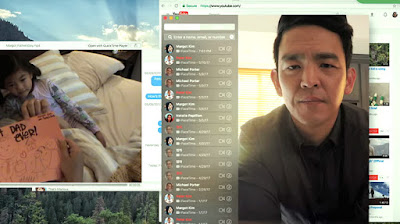 John Cho stars as David Kim who, after the death of his wife from lymphoma, has had to raise his daughter Margot (Michelle La) on his own. When she fails to return from a study date, he calls the police. Thirty seven hours later they still have no leads, and so he decides to start his own investigation, beginning with Margot's laptop. He soon discovers his daughter has been living a whole other existence he never knew about, and from there he enters a race against time, following Margot's digital footprint before any trace of her disappears forever. 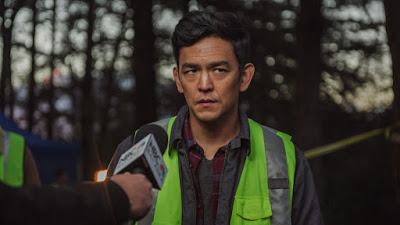 That's just the start of the film and all you need to know, except to say that SEARCHING is an excellent, suspenseful thriller that utilises its novel method of storytelling very well indeed. Apparently Mr Bekmambetov has just completed a horror picture called UNFOLLOWED and is on post-production with a romantic comedy called LIKED and if they're as good as SEARCHING they'll be must-sees when they come out next year. 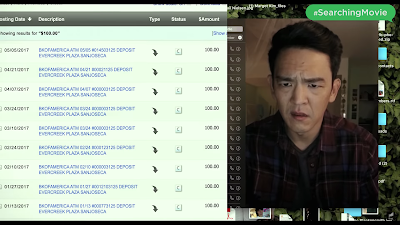 Sony's Blu-ray of SEARCHING comes with a commentary track from Aneesh Chaganty (co-writer and director) and Sev Ohanian (co-writer and producer) and both come across as (understandably) enthusiastic about their debut feature. You also get two featurettes: Changing the Language of Film and Update Username: Cast & Characters. Both are enlightening and worth a watch but leave them until after you've seen the film or you run the risk of spoilers.

SEARCHING is out on Digital on Christmas Eve 2018 followed by a DVD release on 7th January 2019,
along with a Blu-ray that's exclusive to HMV

Posted by John Llewellyn Probert at 9:28 am