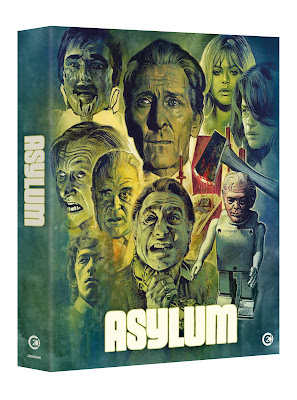 It's time for that overly bombastic (and to my mind best ever) arrangement of Mussorgsky's Night on the Bare Mountain courtesy of arranger-composer Douglas Gamley to start hammering through the speakers as one of the best anthology films ever made gets a whistles and bells limited edition Blu-ray release from Second Sight. 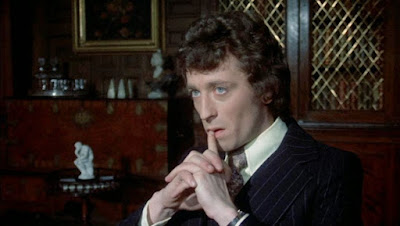 When Dr Martin (Robert Powell) attends Dunsmoor Asylum to interview for the vacant SHO (that's senior house officer) post, he finds himself set an odd task by acting head Dr Rutherford (more wheelchair acting from Patrick CLOCKWORK ORANGE Magee). He has to interview four patients and decide which of them is Dr Starr, the former head of the asylum who has undergone a state of 'hysterical fugue', allowing 'a new personality to take over', and also allowing us to enjoy a smashing British horror film. 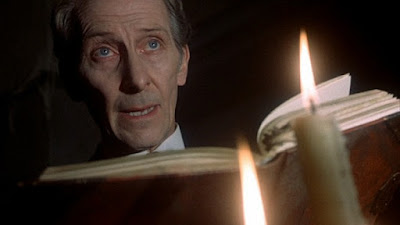 Yes the four patients lead us into four Robert Bloch short stories, except, that unbeknownst to Dr Martin he's already in one of them. Oh yes, the quality of an anthology picture can often be measured by the strength of its framework story and ASYLUM has the best of the lot, one in which Bloch reworked one of his stories ('Mannikins of Horror') to link the action. 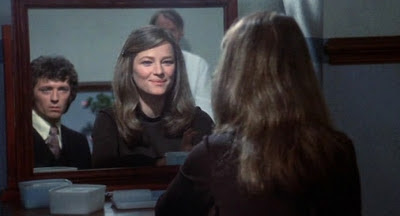 ASYLUM is an example of where everything comes together to create something very special indeed. The first story, 'Frozen Fear' (which traumatised your reviewer on its first BBC showing back in the 1970s to such an extent I swore off watching any horror films ever again) works because of stellar, soapy, sleazy performances from Richard Todd, Barbara Parkins and Sylvia Syms, deliciously horrid production design, and Roy Ward Baker's sensible decision to let everything build with sound before we actually see anything. It was meant to be the third story but I've always agreed with producer Max Rosenberg to put it first because it gives you enough of a jolt you wonder what on earth the rest of the film is going to be like. 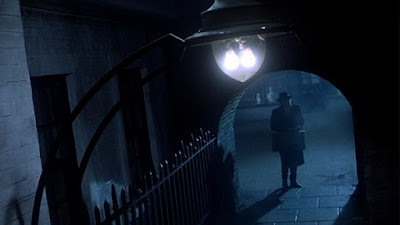 Because of that the second story 'The Weird Taylor' is a quieter affair but works better because your anxiety levels have been pumped up by the first story. Consequently you feel much more weirded out by Peter Cushing and his empty house except for that coffin than you might otherwise be. 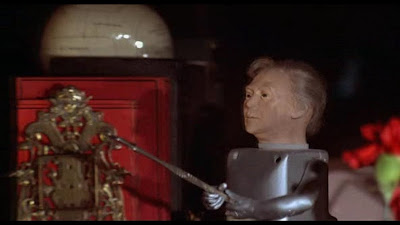 'Lucy Comes to Stay' is a bit of 1970s posh suburban horror with casting that helps the story immensely. Britt Ekland has one of her best roles as she gets to bounce off Charlotte Rampling's drug-addicted Barbara while James Villiers and Megs Jenkins add character colour. 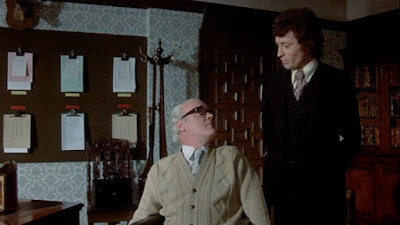 And then the finale. Is Herbert Lom and his army of killer mannikins actually Dr Starr? If you haven't seen the film I won't tell but I will say I think ASYLUM has possibly the best ending of any Amicus anthology.
If you have Severin's US region-free Blu-ray of ASYLUM then you don't need to double dip as this is essentially the same, including the same grainy transfer (although who knows if it's possible to make ASYLUM look any better?). Extras are also the same, including the ported over Roy Ward Baker / Neil Binney commentary track from the Anchor Bay DVD. You also get David J Schow on Robert Bloch, Fiona Subotsky talking about her producer husband, the 'Two's Company' set report from 1972 and the Inside the Fear Factory Featurette. 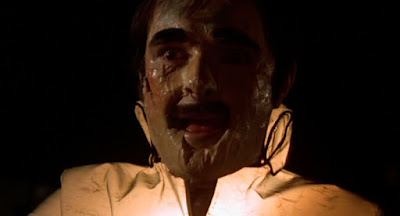 Exclusive to the Second Sight Limited Edition is the rigid slipcase featuring excellent Graham Humphreys artwork, which is reproduced on one side of the fold out poster (the other side is the UK quad design but portrait-orientated). You also get a perfect bound book with essays by Allan Bryce (more history of Amicus that's different to the essay for HOUSE THAT DRIPPED BLOOD), Jon Towison (concentrating on the Bloch stories used here) and Kat Ellinger (a considerably more general piece this time around that doesn't really address the film at all). 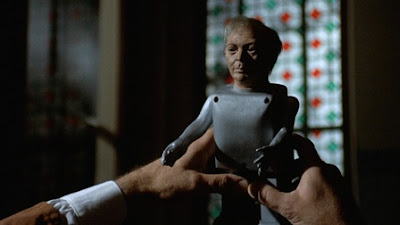 ASYLUM is a great British horror film. In fact it may well be one of the greatest. If you're a fan then this is definitely the set to get.

ASYLUM is out on Blu-ray in a Limited Edition from Second Sight on Monday 29th July 2019
Posted by John Llewellyn Probert at 9:03 am