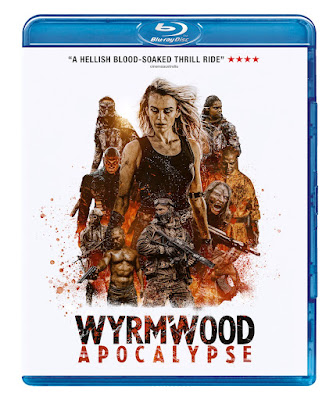 Back in 2015, writer-director Kiah Roache-Turner's Australian zombie apocalypse horror comedy WYRMWOOD received its UK premiere at Glasgow Frightfest, where I said it had 'excellent pacing, superb characters and an original take on a well-worn theme'. Seven years later we have the sequel. WYRMWOOD:APOCALYPSE also premiered at Glasgow Frightfest and is getting a Blu-ray and Digital release from 101 Films. 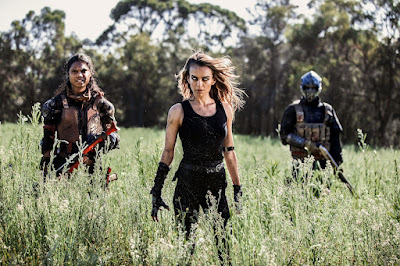 If you haven't seen WYRMWOOD you may want to give that a watch first because the sequel follows straight on, featuring many of the same characters (and actors, although sadly no Leon Burchill as Benny). After an action-packed opening we meet Luke, who powers his shack using zombies on exercise bikes and spends his days finding specimens for the Surgeon (Nicholas Boshier from the excellent TV sketch show The Moth Effect). 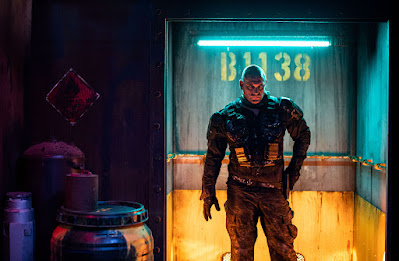 Ostensibly these specimens are being used to find a cure for the zombie plague, but all is not as it seems. Luke joins forces with Barry and Brooke, the brother-sister team from the first film (Brooke is some kind of hybrid zombie, by the way), makes other allies along the way, and the whole thing comes to an ultra-gory climax. 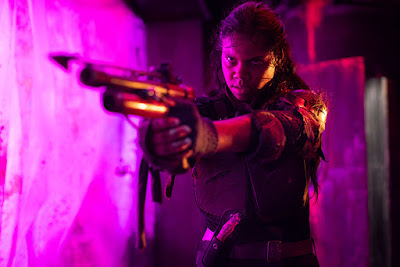 For a film that looks like its budget was even lower than its predecessor (most of the action takes place outside and the only sets are a couple of tin sheds and a trestle table), WYRMWOOD: APOCALYPSE is a well made, vigorous action picture that never stops except to blow even more arms and legs off. It's clear that a lot of enthusiasm was put into making it and that sense of joy in creating all the mischievous mayhem is infectious. There's not a lot of plot, or character development, or anything other than gore and action, but WYRMWOOD: APOCALYPSE is fun, which is exactly what it's there for.

WYRMWOOD: APOCALYPSE is out from 101 Films on Digital and Blu-ray on Monday 16th May 2022

Posted by John Llewellyn Probert at 10:10 am