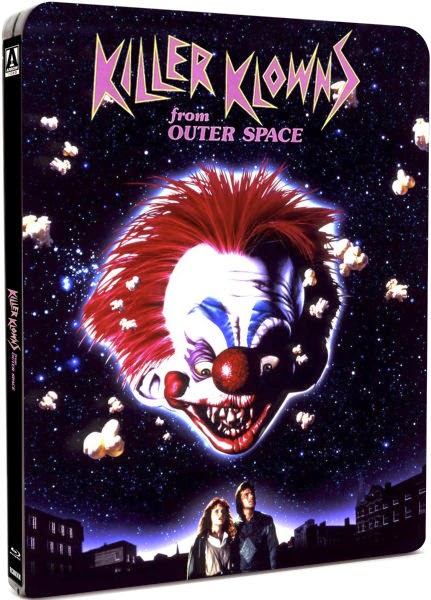 One of those movies that truly deserves to be called a 'cult film', Stephen Chiodo's KILLER KLOWNS FROM OUTER SPACE arrives on UK Blu-ray and DVD courtesy of Arrow Films, in a transfer that allows the picture's vivid colours to leap right off the screen and either dazzle you or give you an appalling headache depending on your sensibilities. 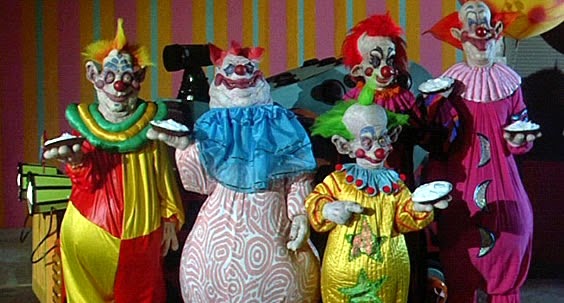 A large, circus tent-shaped spaceship lands close to the sort of small American movie town designed for frat house comedies where breaking wind would probably be considered a bit too highbrow. The ship / tent is the vessel of an alien race whose members resemble circus clowns of all kinds of horrible varieties. It soon turns out they've come to earth to stock their larder with human victims and intend to use various clowny methods to do it. Will our heroes be able to save the day or will the giant stompy thing that turns up at the end splat them (and the human race) into oblivion? 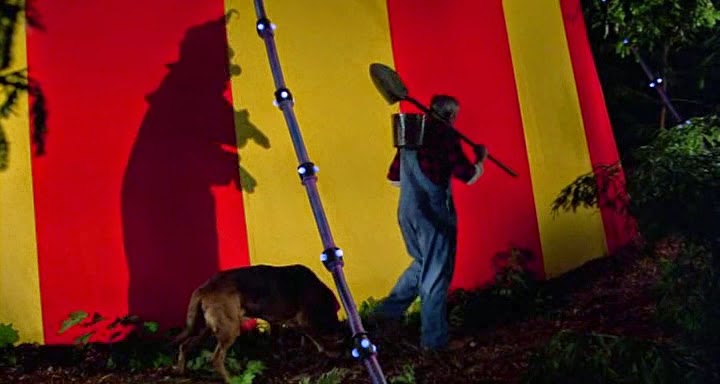 For some reason I never saw KILLER KLOWNS FROM OUTER SPACE when it came out, and Arrow's Blu-ray is therefore my first encounter with it. Coming from the Chiodo Brothers, I had assumed it would be similar to CRITTERS, the New Line picture about hairy little aliens that they had contributed effects for two years previously. In fact, they couldn't be more different. Whereas CRITTERS feels like an old-fashioned monster movie with wit, style and a good heart, KILLER KLOWNS is more like what might happen if someone whose sole job was making garish Saturday morning television for the under-fives was given a drug to make them extra hyper-active and then told to go and make a horror film.
There's very little plot in KILLER KLOWNS but a lot of bright colours, overacting, and ludicrous methods of despatch that all involve some aspect of clown culture. Shadow puppets, clown cars, custard pies, ventriloquism and others all serve to cause the demise of various characters. The inside of the Klowns' spaceship is a riot of dayglo colours and the Klowns themselves are bizarre enough to be weird without ever actually being that scary. 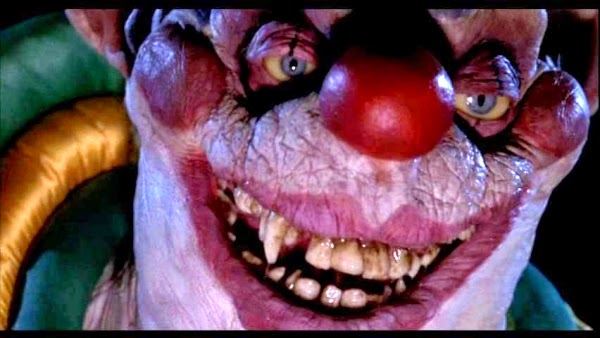 I know there's a lot of love out there for KILLER KLOWNS FROM OUTER SPACE but I'm sorry to have to admit that I find myself unable to add to it. It's possible that whether or not you enjoy this film will depend on how much you find clowns funny and / or scary. Sadly the clown has always been one form of entertainment that has never worked for me in any shape or form, which is probably why I didn't get on with the film at all. I'm a big fan of silly films, (I loved THE TOXIC AVENGER) but this one was too much even for me. I seem to have found my limit.
If you ARE a fan, however, Arrow's new transfer is the disc for you. The colours do indeed leap off the screen, and have such a vibrancy and intensity you'll feel as if you yourself have been locked in a room surrounded by soft brightly coloured bouncy objects for 86 minutes. 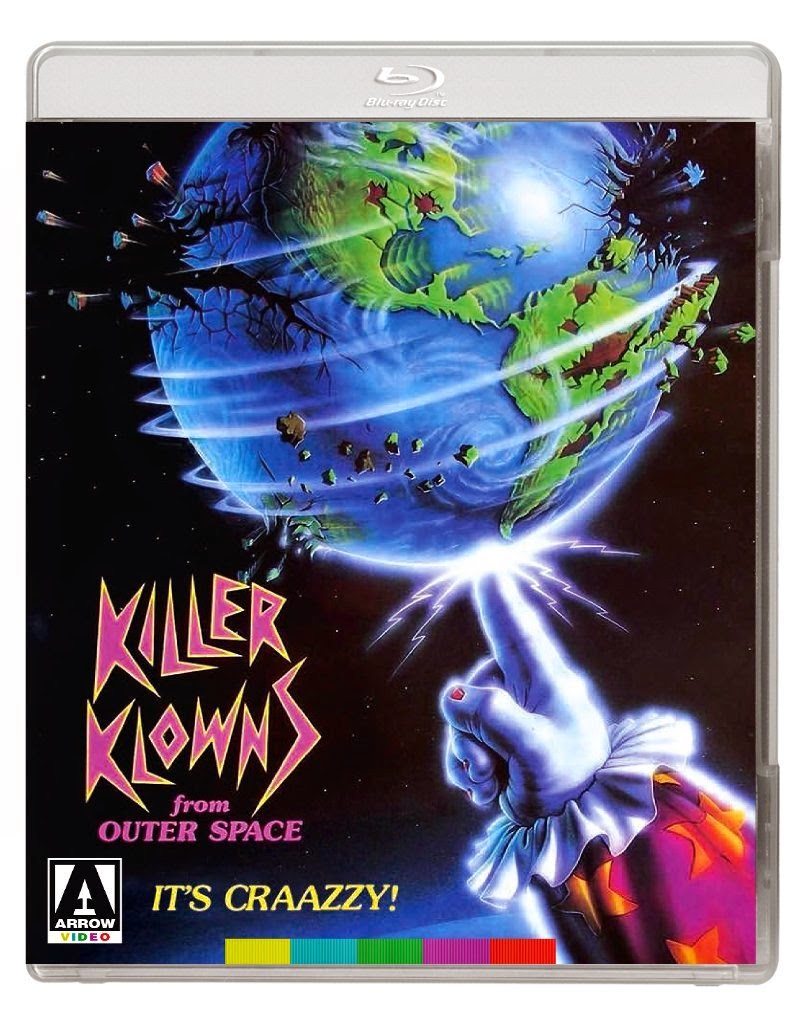 The version reviewed was the DVD so one would presume the Blu-ray looks even more sparkling. As usual Arrow comes through with a wealth of extras. The original stereo 2.0 audio track is preserved with uncompressed PCM on the Blu. There's a commentary track by the Chiodo brothers, a twenty minute Making Of, and separate interviews with stars Grant Cramer and Suzanne Snyder, visual effects supervisor Gene Warren Jr, composer John Massari, and creature fabricator Dwight Roberts. There are also deleted scenes, bloopers, auditions, and a couple of featurettes showcasing the work of the Chiodo brothers. Add in a trailer, image gallery, reversible sleeve and a booklet and it all adds up to the ultimate cult film package for one of the ultimate cult films.