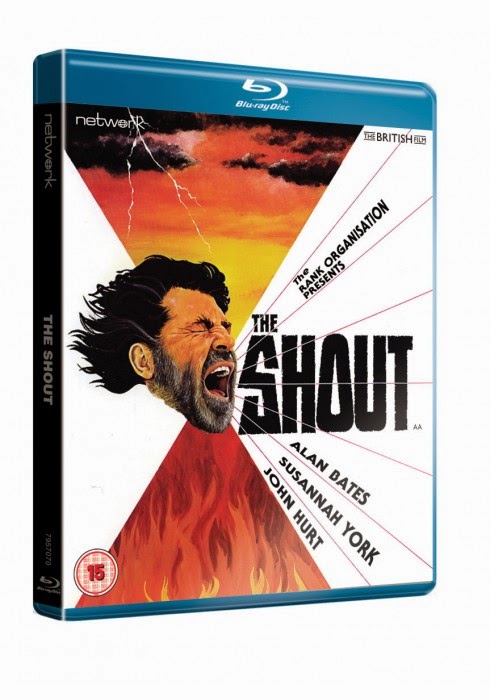 THE SHOUT isn't exactly a horror film, even though House of Hammer magazine covered it as such back at the time of its original release, and it merited inclusion in Harvey Fenton's seminal Ten Years of Terror - his marvellous book about British horror of the 1970s. Rather, as Kim Newman says in the opening to his and Stephen Jones' commentary track on this, it belongs to the rather more non-specific genre of 'Being A Bit Weird'. But then you shouldn't really be expecting a chiller thriller from the director of the classic DEEP END and the Oscar-winning producer of movies like THE LAST EMPEROR, as well as a couple of adaptations of controversial literary works (NAKED LUNCH & CRASH - both directed by David Cronenberg). 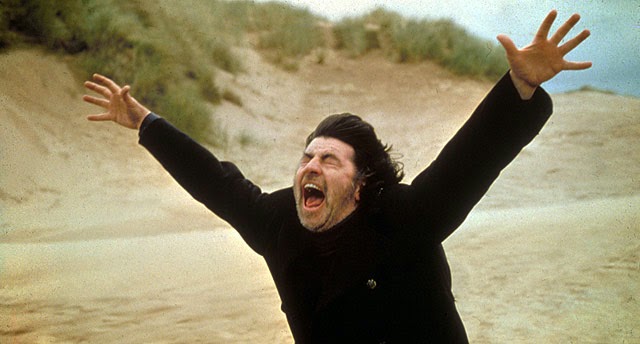 THE SHOUT is a screen version of the Robert Graves story of the same name. Employing a wraparound narrative that's been used by everything from Robert Wiene's DAS CABINET DES DR CALIGARI (1919) to Freddie Francis' THE CREEPING FLESH (1972), the main story unfolds during a cricket match at what is quickly revealed to be an asylum. Alan Bates is Charles Crossley. Bewhiskered, well read, and manipulative, he has a strange story to tell fellow score keeper Tim Curry. "I change the order of events each time" he says, "in order to keep it interesting". The story he relates features people we have already seen glimpses of at the asylum during the opening titles. John Hurt plays Anthony, a musician who plays the organ at the village church when he's not creating experimental new sounds in his cottage. He's married to Sarah (Susannah York) and there is the suggestion that all is not harmonious between them. 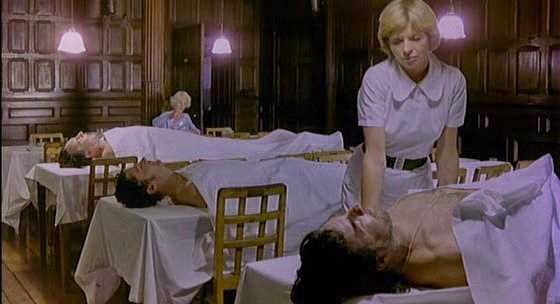 This is made worse by the arrival of Crossley (Bates), who insinuates himself into their household with a bizarre story of having spent eighteen years in the aboriginal outback. While there he murdered the children he had with his aboriginal wife, and learned how to perform a killing shout. He eventually demonstrates this to Anthony (who has plugged his ears with wax at Crossley's advice) during a morning walk across the isolated Devon countryside, producing a sound similar to an aeroplane passing overhead while sheep and seagulls drop down dead in response. Crossley usurps Anthony, taking over his home and his wife, until Anthony is able to find the stone Crossley's soul resides in and smashes it. 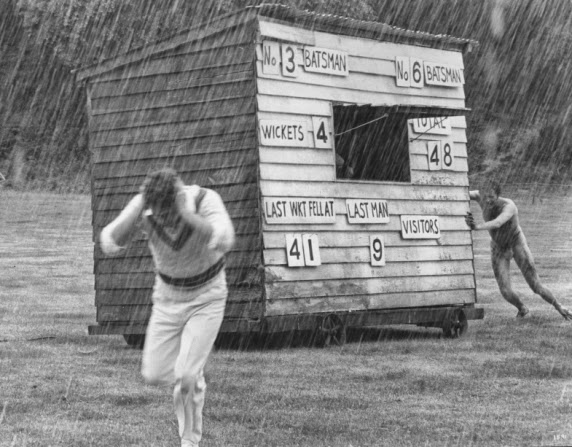 THE SHOUT is a peculiar little film that's certainly worth a watch, even if it isn't entirely successful. There are enough pointers here that what we are watching is intended to be ambiguous that anyone wanting an explanation of what is actually going on is going to be disappointed. Mirrors are used are lot, and there is the frequent reminder that we are being told a story by someone in a long-term mental institution. It's not a horror film, but I can't help thinking it would actually work better if it had a few more shocking moments. Instead the whole thing is a little bit too limp and weak, as if every effort has been made to make sure no-one is going to confuse this as something from a genre I suspect they considered disreputable. As a result it goes the other way and ends up a bit dull and unfulfilling, as if it's been made by people for whom any association of their project with the genre would be the most distasteful thing they could envisage. The acting is all very fine (as you would expect) and there's an interesting electronic score from Tony Banks and Mike Rutherford of Genesis. 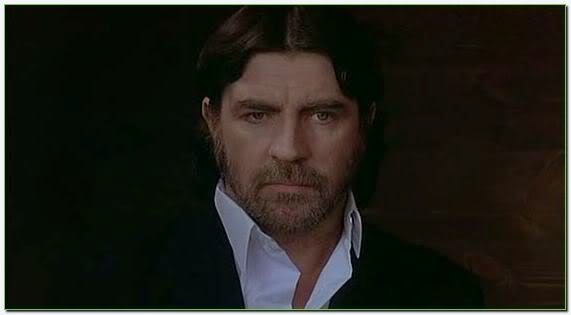 Network's Blu-ray is gorgeous. I have never thought of THE SHOUT as a beautiful film before but the shots of the Devonshire landscape are just glorious. Extras include the aforementioned commentary by Kim Newman and Stephen Jones, an interview with producer Jeremy Thomas about his life and career, and there’s a trailer, an image gallery, a booklet by Kim Newman, and a pdf of the original press materials to round off the package.

Posted by John Llewellyn Probert at 6:47 am