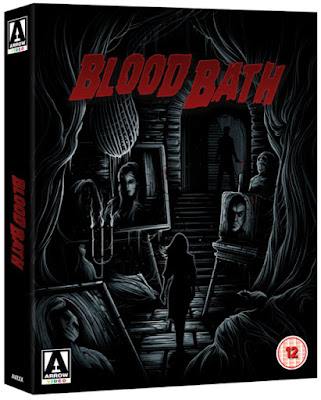 Sort of indeed. Fans of the wild and crazy world of 1960s exploitation cinema are likely to be the main / only audience for this latest smartly-presented Arrow double-disc Blu-ray release, which gives you four black and white films (OPERATION TITIAN, PORTRAIT IN TERROR, BLOOD BATH and TRACK OF THE VAMPIRE) spread over two discs. The peculiar ‘gimmick’ if you like, is that each of these films has footage common to all of them, as well as footage specific to each individual one, resulting in four movies different enough to warrant separate presentations, while not being sufficiently different to warrant individual releases. 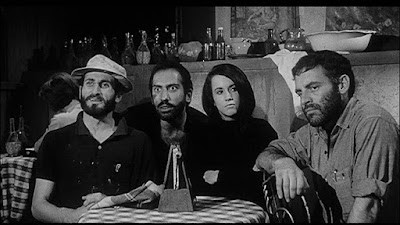 Does that make sense? If not there’s one of Arrow’s splendid ‘visual essays’ to explain it all, narrated by the extremely knowledgeable Tim Lucas and based on a series of articles from his excellent Video Watchdog magazine. Most of these essays on Arrow releases last about twenty minutes. Lucas’ piece runs for over eighty, which give you an idea of how much explaining needs to be done. 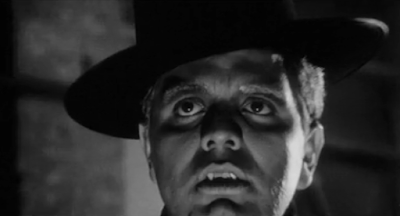 So I’m not going to even try. What I am going to suggest is that if you’re a horror fan you tuck into this set by starting off with the title film BLOOD BATH (on Disc 2), directed by Jack Hill and Stephanie Rothman (and some other people who don’t get credited). BLOOD BATH stars William Campbell as an artist who also happens to be a vampire haunted by the spirit of a girl his ancestor had burned. I think. The film doesn’t make a lot of (if any) sense but it does feature some stunningly atmospheric shots - including at least one splendidly weird bit on a beach that’s reminiscent of a similar shot in Rothman’s subsequent THE VELVET VAMPIRE (1971) - some scenes with ‘beat artists’ (including Sid Haig) that are immensely entertaining, and a weird climax of crumbly wax-covered corpses that’s worth the price of admission. Fans of Ronald Stein’s horror film scores (like me) will have fun spotting cuts from THE HAUNTED PALACE, PREMATURE BURIAL and others on the ‘library’ soundtrack. BLOOD BATH only runs for 61 minutes but if you like this sort of thing it’s well worth your time. 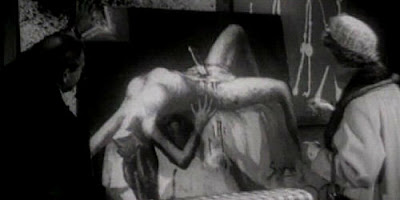 The other film on Disc 2 is TRACK OF THE VAMPIRE, which is kind of the TV version of BLOOD BATH. Some of the teasy nudity and bits of bloodiness have been cut but a lot of extra footage has been added which makes it the longer of the two films here, even if it’s not the more interesting. Disc two also has the extras, including talking head pieces with director Jack Hill and actor Sid Haig (is he wearing a hospital bracelet?) and the previously mentioned piece by Tim Lucas. 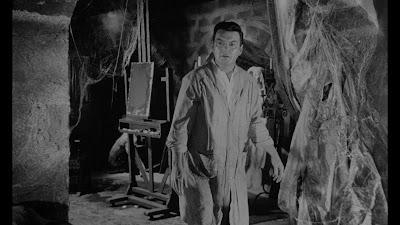 Disc 1 has OPERATION TITIAN, which is the film that started it all off. I mention it down here because it’s not terribly interesting, except to show you where a lot of BLOOD BATH’s footage originated. It’s a fairly anaemic crime thriller about picture smuggling with William Campbell and Patrick Magee (criminally not in BLOOD BATH except for a blink-and-you’ll-miss him bit right at the end). OPERATION TITIAN was recut and rescored to create PORTRAIT IN TERROR, which actually does move better and has an ending that’s hysterical enough to make it worth a watch. 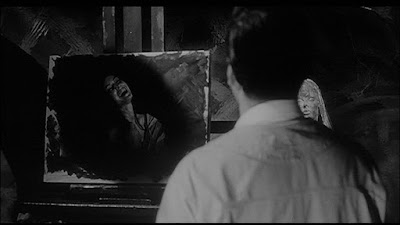 You also get a stills gallery, a fold-out poster, a reversible sleeve and a booklet with new writing on the film. I said above that Arrow’s BLOOD BATH package is really only for people who are going to be fascinated (as I was and still am) by how these four films came to be. That’s not to do it down, however. This is a fine and carefully put together package that archives for posterity a remarkable, and remarkably complex, slice of exploitation obscurity. Arrow absolutely deserve some sort of award for this one.

BLOOD BATH and its three friends are out on Blu-ray in an Arrow box set on Monday 30th May 2016
Posted by John Llewellyn Probert at 9:38 am