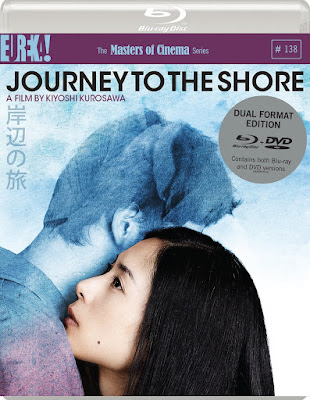 A gentle, thoughtful ghost story with undoubted literary influences, director Kiyoshi Kurosawa’s new film gets a release on UK DVD and Blu-ray courtesy of Eureka.
Piano teacher Mizuki (Eri Fukatsu) has been living without her husband Yusuke (Tadanobu Asano) for three years. When he reappears one evening in her kitchen he explains to her that he is in fact dead, that he drowned himself, and that his body has been ‘eaten by the crabs’. It has taken him the three years since she last saw him for him to make his way back to her. "Many don’t,” he says, "and simply disappear". 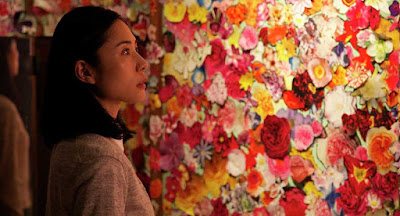 Accepting that he is a ghost, Mizuki agrees to go on a journey with him back to the place of his death, stopping off at the places where he stayed on his way back to her. The couple embark on an odyssey through a Japan populated by both the living, the dead, and those who don’t realises they’re actually ghosts. All have had their lives touched by Yusuke, and by the time the two of them reach the shore of the title they have learned more about each other and the world around them. 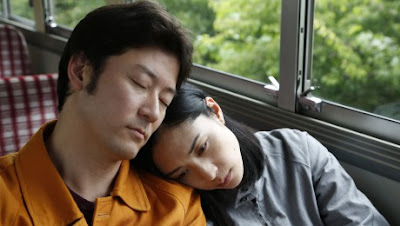 Advertised as a ‘delicate supernatural love story’ Kurosawa’s film is probably the closest I’ve seen on screen to the elegant magical realism tales of Jonathan Carroll (it’s actually based on a novel by Japanese writer Kazumi Yumoto who for all I know is the Carroll of his country). Consequently, don’t expect any Hollywood spook stuff here - just some gentle weirdness that’s part of the everyday, some emotional interludes as both Yusuke and Mizuki help to put restless spirits at ease, and an ending that’s as inevitable as it will be heartbreaking to many. 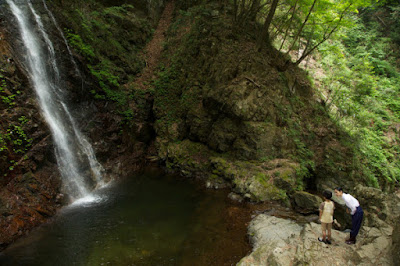 Eureka’s Blu-ray looks great and offers you a couple of sound options (including 5.1) as well as optional subtitles. You also get a trailer but that’s it in terms of extras.

Posted by John Llewellyn Probert at 8:44 am