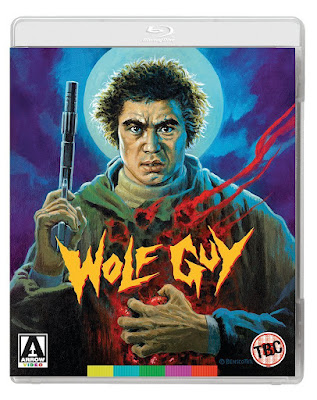 “One For the Completists”

Sonny Chiba stars in this demented piece of mid-1970s Japanese grindhouse, now getting a dual format release from Arrow.
Akira Inugami (Chiba) is a reporter who also happens to be the only surviving member of a werewolf clan. One night, while on a busy city street, he witnesses a man torn to pieces by an invisible ghost tiger. It turns out the man is a member of a band who raped a girl who now has syphilis and is a drug addict who also sings goth songs at a local second rate strip club. 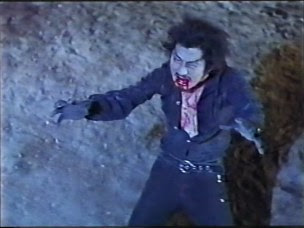 Inugami decides to investigate, uncovering a plot that involves corrupt politicians and plans to harvest his lycanthropic powers by taking his blood and injecting it into someone else who then gets a serious case of the Paul Naschys before going on fire.
WOLF GUY is bonkers, but I have to admit it’s not that much fun. The sleaze aspect is ramped up to the maximum of mid-1970s standards at the beginning, and the ‘tiger spirit’ or whatever it is, is rendered in a pleasingly cheap and daft way. From there, however, it all goes downhill. I may have missed it, but I don’t remember the WOLF GUY of the title being anything other than a guy, so don’t expect werewolf transformations every few scenes, or at all in fact. 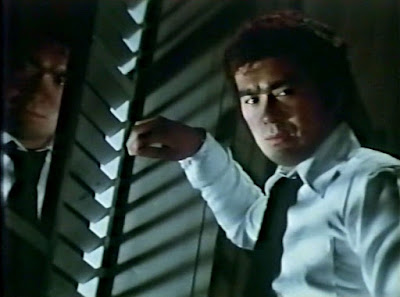 The music is all waka-waka, there’s plenty of nudity, plus knickers that are too tight, some awful suits, and bollards that light up. The fact that that last item was even noticed shows how much trouble I had keeping interest in this one, which comes to a climax in the kind of quarry that double for every single alien planet on Blake’s 7. If you’re a Japanese Sonny Chiba sleaze daftness completist you’ll want to watch this, but I honestly don’t know who else will. 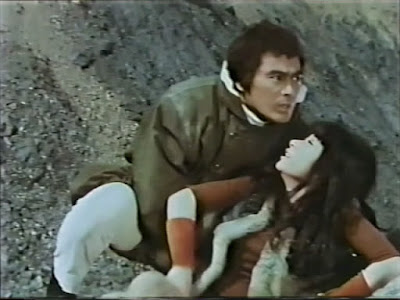 Arrow’s disc gives you three new interviews as extras, with Chiba himself, director Kazuhiko Yamaguchi and producer Tatsu Yoshida. You also get a reversible sleeve with new artwork. The first pressing of the disc features a booklet with new writing on the film by Patrick Macias and a piece on monster mashups by Jasper Sharp.

WOLF GUY is out from Arrow in a dual format edition on Monday 22nd May 2017
Posted by John Llewellyn Probert at 8:16 am