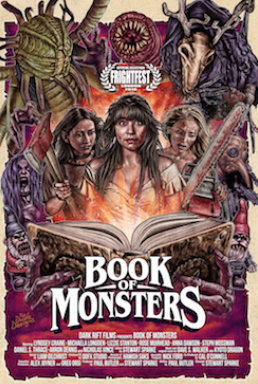 There are monsters galore in director Stewart Sparke's follow up to THE CREATURE BELOW, which was a great little micro-budget British Lovecraftian horror picture of a couple of years ago. This one has more money, more production value, and a lot more monsters. It's also a lot lighter in tone with our central character's 18th birthday party being the scene for a monster rally that only she can sort out because her mum was some kind of monster slayer. Fun, bouncy and utterly charming, with all the monster stuff being real in camera effects, BOOK OF MONSTERS means Stewart Sparke and his team stay firmly on my radar to see what they all do next. 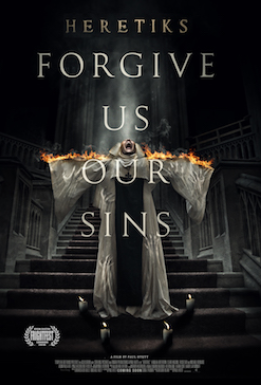 So what exactly's going on in this one, then? I'm still not sure. In a gloomy convent in 1659 'sinful women' are recruited by head nun Clare Higgins so they can help out in the garden and do other menial chores until their eyeballs explode out of their heads. At that point I was hoping Sister Clare was slowly building a massive Cthulhu-type monster in the garden shed, but she isn't. What exactly she is up to I'm still not sure but HERETIKS does rather feel like the seventeenth century equivalent of a mad scientist movie, but with religion instead of science. Here we have a mad nun who thinks she can redeem fallen souls by getting them to take part in some daft experiment whose outcome can only be utter disaster. I suppose it's no sillier than making a giant TARANTULA to end world hunger, though. Director Paul Hyett gets good use out of his gloomy gothic locations, and some good performances from Clare Higgins and Michael Ironside, who pops up as a witch finder at the start. Costume design and some dark photography does mean you have trouble telling one nun from another, which gets especially confusing when they start coming back from the dead. 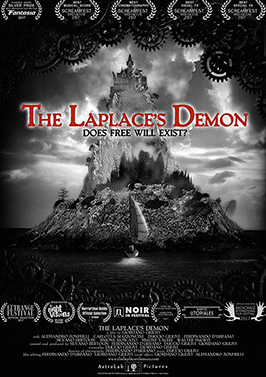 I've said it before & here I am saying it again. This is what I come to Frightfest for - the kind of film I won't get to see anywhere else, that's superbly original, terrifying and messes with your brain so much that when you leave the cinema your entire view of the world and your place in it has altered slightly. A group of scientists are invited to a remote island retreat. Once there they find themselves part of a bizarre experiment. Shot in grainy black and white this felt like a very strange TWILIGHT ZONE episode. I never thought I would find either chess or maths terrifying but this film does just that. Highly recommended for fans of the very weird, if you can find it. 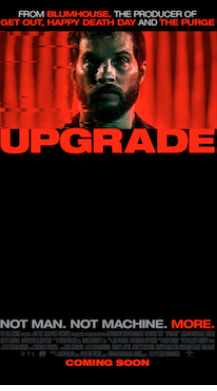 After the cracker that was THE LAPLACE'S DEMON the day went out on even more of a high with special guest Leigh Whanell's fantastic, Empire Pictures 1980s-style science fiction thriller. Inspired by ROBOCOP, THE TERMINATOR, DEATH WISH and so many other classics, this was a tremendous crowd pleaser. A quadriplegic man gets the chance to walk again thanks to a spinal cord implant. But then it starts talking to him and helps him plan how to find his wife's killers. Is it a good idea for him to take brutal revenge aided by technology he doesn't understand? Superb, fast-paced low budget brilliance. One of the best of the festival.

To Day 4
Posted by John Llewellyn Probert at 9:31 am