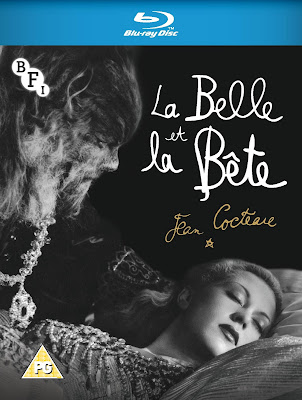 The BFI are bringing out Jean Cocteau's 1946 version of the classic fairy tale on Blu-ray, with a transfer taken from the French 4k (the press release) or possibly even 5k (it says on the screen) restoration from 2013. 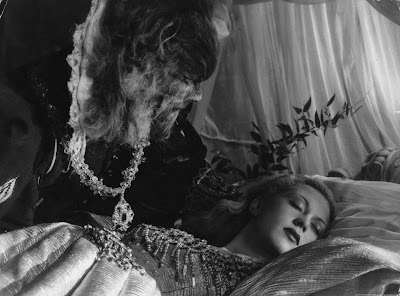 I can't imagine there's any need to recap the story of this one - beautiful girl, hairy beast in a castle, she comes to love him but without anyone singing any songs & they live happily ever after. Yet despite the fairy tale nature of the endeavour stills from this film found their way into every book on horror films being published during the 1970s and beyond. 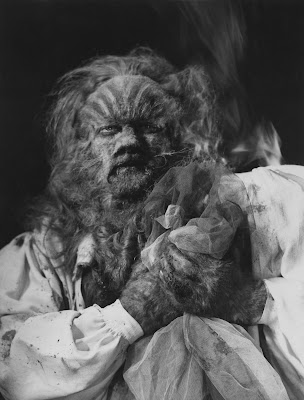 Even watching it now it's hardly surprising. Jean Marais' beast makeup would have been revolutionary for its time (and this with Lon Chaney Jr's THE WOLF MAN only five years old) and one can see how it influenced Roy Ashton to create a similar 'full torso' look for Oliver Reed in Hammer's 1961 CURSE OF THE WEREWOLF. I also wonder how much a certain Paul Naschy took away from it as well. 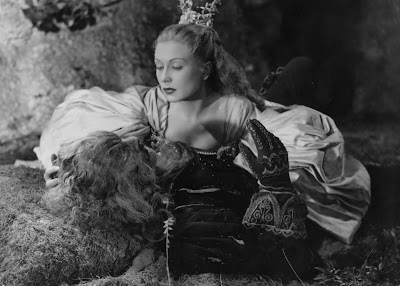 In fact, coming between arguably the two 'golden ages' of cinematic horror Cocteau's film feels far more 'pre-Hammer' than 'post-Universal' (the monsters had breathed their pre Abbott & Costello last just the year before). The sets were perhaps an influence on what we would later see from Bray studios, and Belle's father's arrival at the castle has a distinct stranger-at-castle-Hammer feel to it as well. 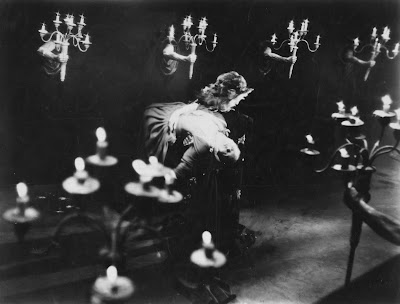 Then of course there are the delicious surrealistic touches. The arms emerging from walls to hold candelabra, an influence on 1960s projects like Nathan Jueran's JACK THE GIANT KILLER and Polanski's REPULSION, or the faces that are literally part of the furniture. 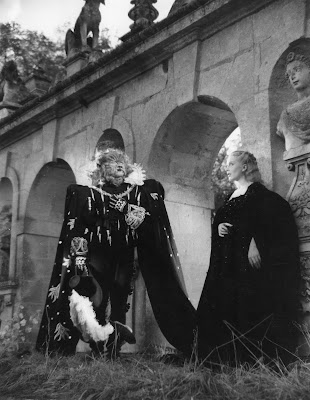 So if, like me, you're a first time viewer of Cocteau's LA BELLE ET LA BETE, forgive the slight (and understandable) creakiness of a film that's over 70 years old and immerse yourself in some superbly creative storytelling for its time. 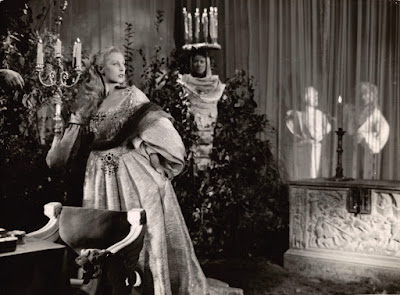 Extras on the BFI disc include a commentary track from Sir Christopher Frayling, a 51 minute making of from 2013, six minutes of deleted scenes and audio clips, a 13 minute animated version of Bluebeard from 1938, a trailer, stills and a booklet featuring writing on the film.

Jean Cocteau's LA BELLE ET LA BETE is out on Blu-ray from the BFI on Monday 6th August 2018
Posted by John Llewellyn Probert at 10:03 am

Email ThisBlogThis!Share to TwitterShare to FacebookShare to Pinterest
Labels: 1940s