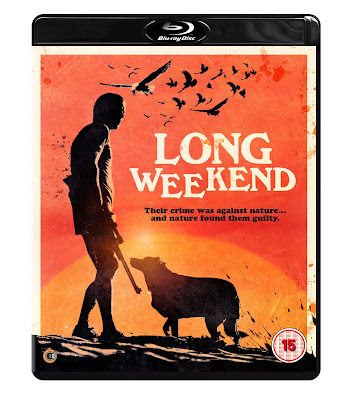 Colin Eggleston's 1978 Ozsploitation When Animals Attack picture gets a welcome UK Blu-ray release courtesy of Second Sight.
Bickering, shrill, annoying couple Peter (John Hargreaves) and Marcia (Briony Behets) decide to try and patch up their failing marriage by spending a long weekend in the country. They lose their way but end up near an isolated beach. Showing nothing but disdain for the wildlife around them, they leave a trail of casual vandalism and destruction in their wake, including the deaths of some of the creatures they encounter. But nature has decided it isn't going to take this sort of treatment from humankind any more. 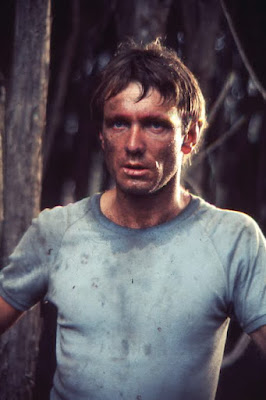 A remarkable movie that is at once low-key and yet manages to achieve levels of claustrophobic hysteria unsurpassed in a subgenre that includes George McCowan's FROGS (1972), and William Girdler's DAY OF THE ANIMALS (1977). However, where those movies had some sympathetic human characters, LONG WEEKEND has none, and the viewer finds themselves rooting for nature pretty much from the start. 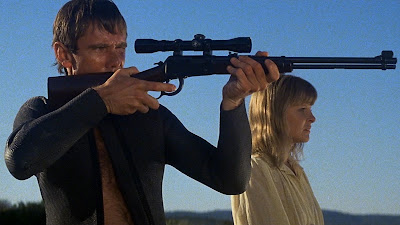 Second Sight's Blu-ray looks great and comes with some excellent extras, with more on here than on the US Region A disc from Synapse. The commentary track from Executive Producer Richard Brennan and Director of Photography Vincent Monton on that disc has been ported over. Nature Found Them Guilty - Examining Long Weekend is a very good panel discussion moderated by Lee Gambin who talks in depth about the film with Alexandra Heller-Nichols, Emma Westwood and Sally Christie. 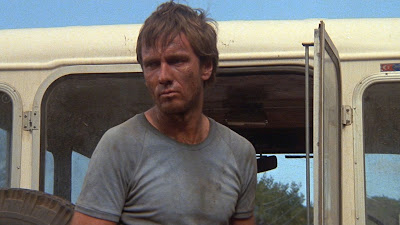 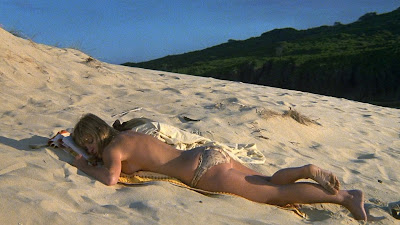 Finally you get a stills gallery and trailer. A couple of sound options are offered, the 5.1 mix giving you the feeling that you're in the middle of the nowhere with the leads for added discomfort.

Colin Eggleston's LONG WEEKEND is out on Blu-ray from Second Sight on Monday 5th November 2018
Posted by John Llewellyn Probert at 6:45 am