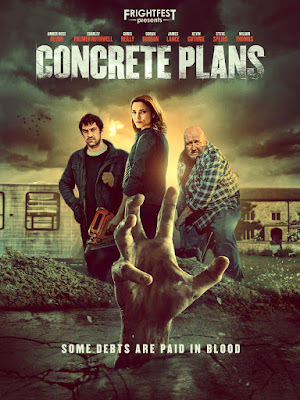 Or even a Welsh one, seeing as CONCRETE PLANS is set there, was filmed there, and some of the financing came from Wales as well. Writer-director Will Jewell's sharp thriller which premiered at London Frightfest in October is getting a digital release from Signature Entertainment on their Frightfest Presents label. 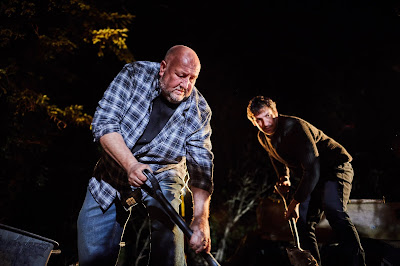 High in the remote Welsh mountains five builders are employed to renovate a farmhouse. It's all part of a plan by their employer to avoid paying inheritance tax. As their work progresses and their pay still fails to materialise, the shady pasts of the five men begin to surface as the situation quickly escalates into violence. 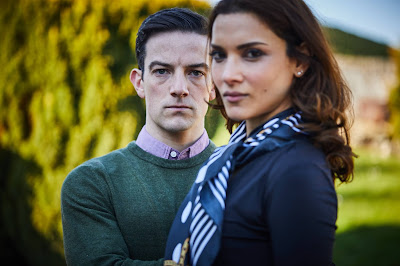 A clever script and a talented cast including Upstart Crow's Mr Burbage himself Steve Speirs and James Lance from JANUARY (aka ESTRANGED) both elevate CONCRETE PLANS to the level of a superior thriller that never goes quite where you expect it to thanks to Will Jewell's directorial sleight of hand. 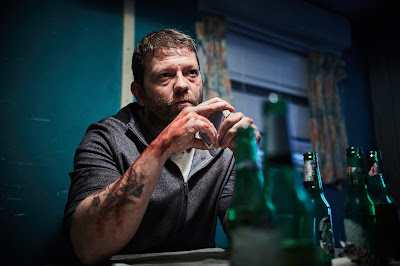 The variety of regional accents on display, plus important plot points mentioned almost in passing or in radio announcements, means you need to pay attention but it's all very much worth it. Easily one of the best of the many releases so far on the Frightfest Presents label.

Posted by John Llewellyn Probert at 11:40 am