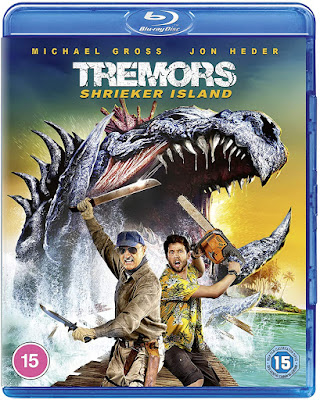 The reboot of the TREMORS series continues with this, officially the seventh film to bear the name (and one cast member from the original, as well as a couple of familiar faces) and getting a Digital, DVD & Blu-ray release from Universal on 16th November 2020. 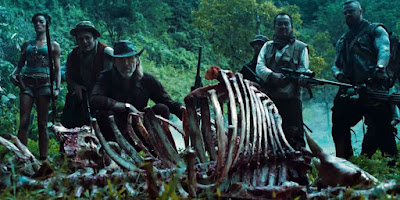 Before we go into detail about this latest instalment there are bound to be readers thinking TREMORS 7? I didn't even know there was a TREMORS 2! So just for you, here is a quick summary. The first four films are as follows:

The first was directed by Ron Underwood and all had the involvement of that film's screenwriters, Brent Maddock and SS Wilson. After this we get:

These last three represent a reboot of the series without Maddock and Wilson and all directed by Don Michael Paul. So what's this one about? 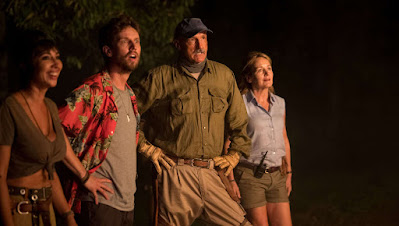 Evil entrepreneur Bill (Richard Brake) has abducted four of the giant earthworm graboids (the phrase coined for them by Victor Wong in the first film), genetically altered them (because we are still in the era of JURASSIC PARK) and dropped them onto an island to be hunted for sport. Of course he has reckoned without their ability to mutate further, and soon perennial graboid hunter Burt Gummer (Michael Gross, the unlikely star of the entire franchise) is called out of retirement by ex-girlfriend Jas (UK TV regular Caroline Langrishe who was also in HOLOCAUST 2000 and Bertrand Tavernier's DEATHWATCH) to blow them all up with the aid of Jon Heder and his gang of island researchers. 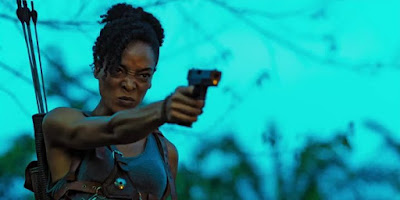 You know if you want to see this by now, don't you? I'm sure you can also guess that while it's not a patch on the original film TREMORS: SHRIEKER ISLAND provides 100 minutes of monster-bashing fun, this time amongst some gorgeous Thai scenery. 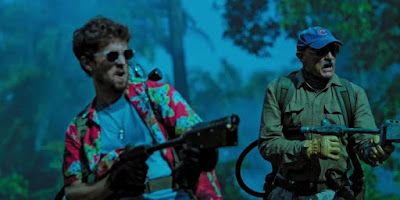 Universal's Blu-ray comes with extras that were not provide for review but include The TREMORS Top 30 Moments, The Monsters of TREMORS and The Legend of Burt Gummer. After appearing in seven of these there's not a doubt that he is.

TREMORS: SHRIEKER ISLAND is out on Digital, DVD and Blu-ray on Monday 16th November 2020