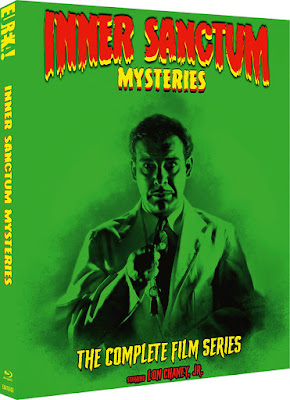 Inner Sanctum - first a series of highly popular novels, then a highly popular radio show, and finally a short-lived film series dismissed by many older film guides (I'm looking at you - again - Leslie Halliwell) as not worth the effort of watching. Before Harry Alan Towers bought the rights to the Fu Manchu name but not the books or plots, Universal was way ahead of him doing something similar with this very successful franchise. Presumably they thought the title and the presence of star Lon Chaney, Jr in each one would be enough to sell them. And now there's the chance to discover the six films in the series for yourselves as Eureka releases them on Blu-ray in a two disc set.

Each of the first five films is introduced by a floaty head in a goldfish bowl (oh all right a crystal ball), its distorted image resembling the effect one might obtain from looking into the convex surface of a highly polished spoon. This was intended to replace the creaking door and announcer of the radio show, neither of which Universal held the copyright to. The films themselves are a decidedly mixed bag although as Kim Newman says in one of the extras, no-one can agree on which are the best. Which of course means you'll just have to find out for yourself. Here's what I thought of each one: 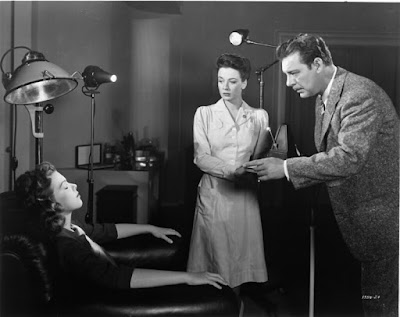 Dr Mark Steele (Lon Chaney, Jr) is a successful neurologist who has done so well he only has to work four hours a day (check out the hours on his office door).  His wife Maria (Ramsay Ames from previous Universal-LeBorg effort THE MUMMY'S GHOST) is playing around behind his back but isn't willing to give up her title of 'Doctor's wife' (was that ever a thing?). But then Dr Steele wakes up with no memory of the last 24 hours while Maria's acid-scarred body has been found at an isolated mountain cabin. Did he do it? If not who did? And could his revolutionary hypnotherapy technique help? 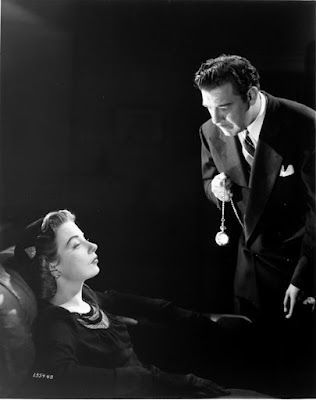 Budget-wise and plot-wise CALLING DR DEATH is a pretty bare bones affair. The main reasons for watching it are a cast of familiar Universal faces (as well as the above, J Carrol Naish is the police inspector and David Bruce is the man accused of the murder) and director Reginald LeBorg's creative attempt at a dream sequence near the end on no money at all by using what looks like a couple of flats pushed at an angle. Eureka's transfer looks just fine and there's a commentary track from C Courtney Joyner and LeBorg's daughter Regina. 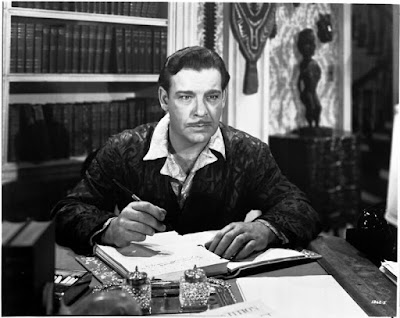 Rather better all round than CALLING DR DEATH is WEIRD WOMAN, the first film adaptation of Fritz Leiber's novel Conjure Wife. Sidney Hayers' 1961 NIGHT OF THE EAGLE is still the best but this isn't half bad, with HOUSE OF FRANKENSTEIN's Anne Gwynne as the 'exotic' new wife of a college professor (Chaney again) who may or may not be influencing her husband's academic success. Universal horror heroine Evelyn Ankers plays nicely against type and overall WEIRD WOMAN is an entertaining way to spend just over an hour. The commentary track on this one is from Justin Humphrey and Del Howison. 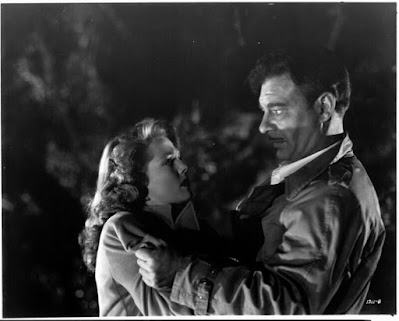 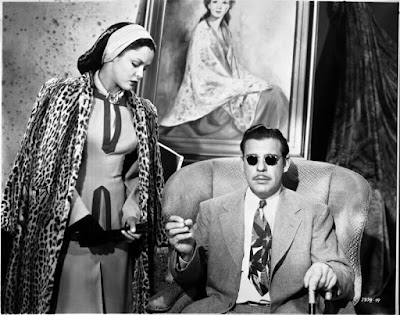 The final Reginald LeBorg-directed entry in the series has Lon Chaney as an artist who every night washes his tired eyes with a Boric Acid solution. The bottle is right next to something far more corrosive. Bottles get mixed up (not by him) and disaster ensues, as does murder. The least of the series so far, DEAD MAN'S EYES is saddled with some bad acting (sorry Acquanetta but you took me right out of the action) and a daft way in which the killer is finally identified. 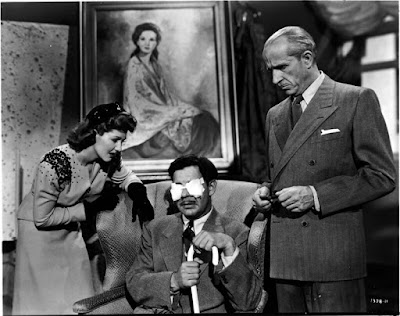 Extras on disc one include a 30 minute Kim Newman talking head piece and another half an hour long documentary on the film series. Both should really be on disc two because both spoil films the unsuspecting viewer will not have watched yet if they are going through everything in order. You have been warned. 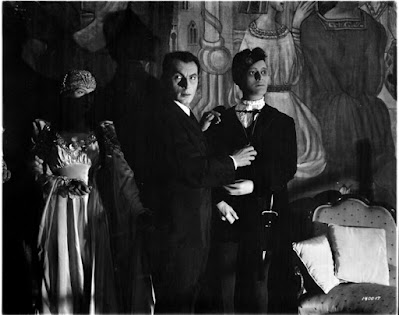 There's no ghost and nobody gets frozen (sorry) in this, another upswing in quality as Harold Young (THE MUMMY'S TOMB) takes over from Reginald LeBorg, cramming plenty of fun stuff into the rather slight and silly plot. The opening stage hypnotism act filmed from weird angles, plenty of action in a wax museum and best of all Martin Kosleck as a disgraced plastic surgeon who now makes the wax dummies all help make the rather fumbled climax easier to bear. There are plenty of familiar faces, too, including Evelyn Ankers, Elena Verdugo (the gypsy girl from HOUSE OF FRANKENSTEIN), Milburn Stone (CAPTIVE WILD WOMAN), and an uncredited Dennis Moore from THE MUMMY'S CURSE turns up as the radio announcer. 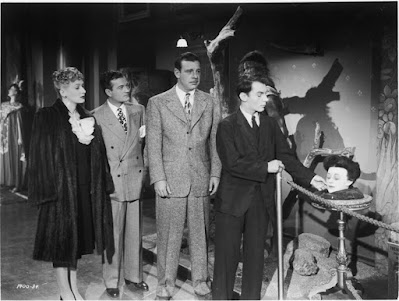 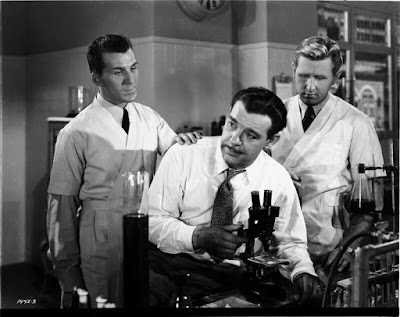 Aside from our floaty-headed friend at the beginning and the presence of a bunch of Universal regulars (including J Carrol Naish, Brenda Joyce and of course Lon Chaney), STRANGE CONFESSION is the Inner Sanctum entry that feels the least like a quickie programmer and the most like an actual proper film. Chaney is a chemist developing a flu treatment that needs more work. Naish is his unscrupulous boss who wants the drug in the shelves now to capitalise on an approaching flu epidemic. To keep Chaney quiet he sends him off to South America to do 'research'. Meanwhile back at home disaster ensues. 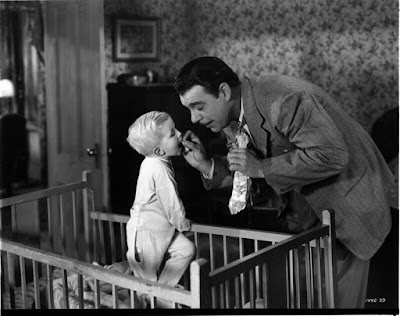 Eschewing many of the elements of the other films - the voiceovers, the string of suspects, Chaney's character convinced he may have killed someone, STRANGE CONFESSION is the least pulpy Inner Sanctum film. It's actually an uncredited modern-day remake of Universal's 1934 THE MAN WHO RECLAIMED HIS HEAD (which starred Claude Raines) and is arguably the highlight of the series. C Courtney Joyner and Peter Atkins (on what sounds like the telephone) provide a commentary track. 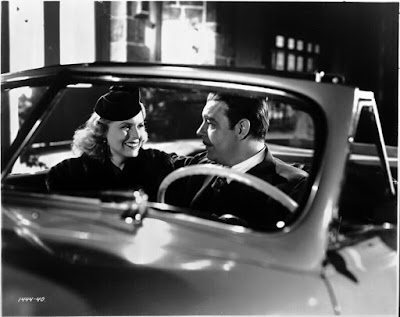 What kind of title is that for a film? It obviously wasn't a success or Universal would presumably have pushed forward a whole series of movies featuring cushions, comforters, divans etc. PILLOW OF DEATH has all the signs of a franchise that's run out of steam. Lon Chaney's attorney is accused of killing his wife. Brenda Joyce is the secretary everyone thinks he has designs on and she lives in an old dark house wherein much prowling around occurs. There are some half-hearted attempts at atmosphere and neither Joyce nor Chaney can do much to save this one which, along with DEAD MAN'S EYES, is a low point for the series. 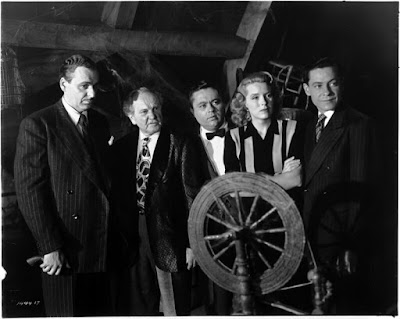 A curate's egg of a series, with highs of WEIRD WOMAN and STRANGE CONFESSION and lows of THE PILLOW OF DEATH and (especially) DEAD MAN'S EYES (so don't let that one put you off), this is still going to be an an essential addition to the library of anyone with an interest in films of this period, and especially to fans of Universal's output of the time.

Posted by John Llewellyn Probert at 9:13 am