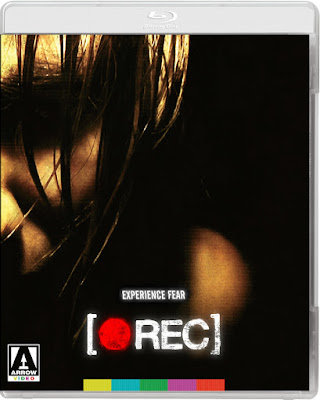 One of the best zombie movies ever made gets a much deserved whistles and bells Blu-ray release courtesy of Arrow Films. I reviewed the DVD release of [REC] on here eight years ago, but to save you looking back through the archives here's what I said back then, with a few minor edits before we move onto the extras on Arrow's new release: 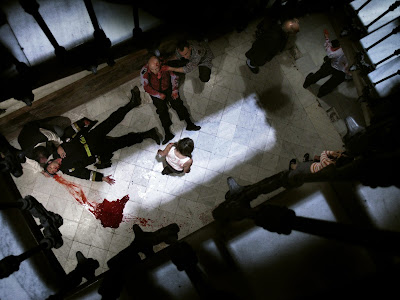 Out of the plethora of zombie movies made over the last 20 years, Jaume Balaguero and Paco Plaza's [REC] remains one of the best. It's the best paced, the scariest, the most kinetic and the one with the power to still leave you shaking by the end. 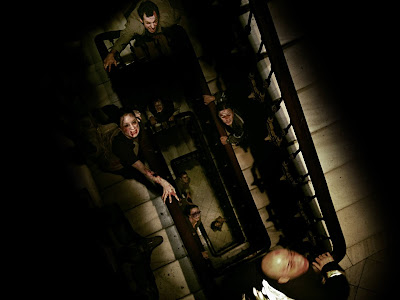 Taking the format of footage filmed for a documentary about a night in the life of the local fire service, [REC]'s narrative is told entirely from the point of view of Pablo, the cameraman whom we see only very intermittently, and who somehow manages to keep filming under the direst of circumstances. In this respect [REC] is a little bit like Ruggero Deodato's CANNIBAL HOLOCAUST but without the breaks from the filmed footage, and mercifully free of the mean-spiritedness. 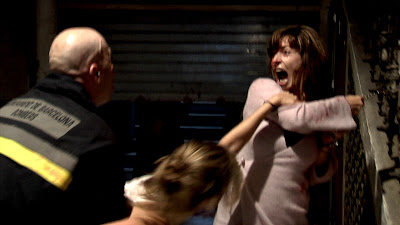 Manuela Velasco is the presenter (apparently her real job on Spanish TV) who does her best to provide a running commentary of events when the team gets called to a residential block where an old lady is apparently trapped in her flat. Once the team are inside the building and have discovered the woman covered in blood and keen to chew on anyone who comes within biting distance, the building is sealed by the authorities. 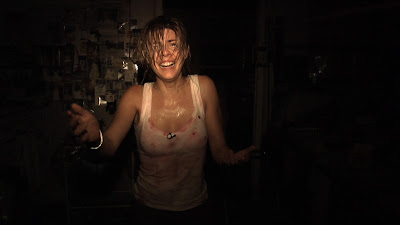 Initially there is no explanation as to what is going on and the film becomes extraordinarily tense as more and more people succumb to the zombie plague that has been unleashed. The brief running time of less than eighty minutes means that once the action begins the only time the film truly pauses for breath is close to the end, and even that is just so something even more terrifyingly horrible than what we've already seen can appear. In fact the climax almost tops everything that has gone before as the film veers off into deliciously ambiguous territory regarding the cause of the disaster, and the ending is anything but comforting. 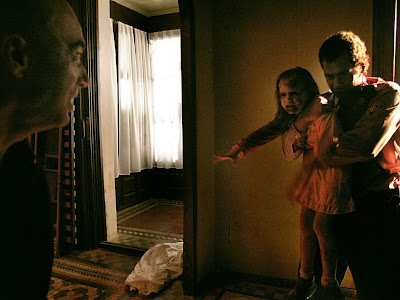 Arrow's new Blu-ray gives you then option of viewing [REC] at either 24fps (the 'theatrical' release) or at 25fps (the 'production version). You may think 1 frame per second difference wouldn't matter that much but it actually does, with the 25fps offering a smoother image and the 24fps being grainier. 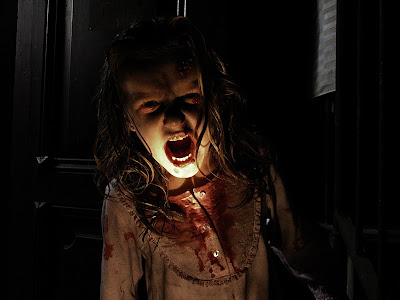 Extras include everything previously available on the two-disc UK DVD release, including a very informative 40 minute making of, archive commentary by the directors (who admit their individual styles are very different), panel discussion with JA Bayona (THE ORPHANAGE and JURASSIC WORLD 2), Gonzalo Lopez Callego and Plaza and Balaguero, interviews with DP Pablo Rosso, sound supervisor Xavi Mas and sound designer Oriol Tarrago plus a whole host of deleted & extended scenes, casting spots and Manuela Velasco's video diary. You also get a new commentary from Alexandra Heller-Nicholas as well as the usual trailers, TV spots and reversible sleeve.

Jaume Balaguero and Paco Plaza's REC is out on Blu-ray on Monday 4th January 2021 and available to stream on ARROW:https://bit.ly/AVCUKWhat a great New Year present from Arrow

Posted by John Llewellyn Probert at 9:21 am