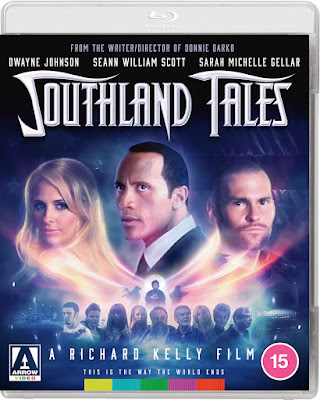 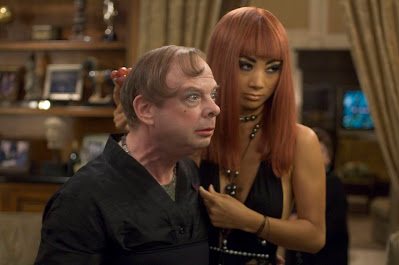 We are in a Los Angeles (the Southland of the title) of 'the future' - an as-yet unimagined 2008 where a twin nuclear strike in Texas two years previously has caused political ramifications, including the reintroduction of the draft. A Neo-Marxist organisation (played by Saturday Night Live regulars of the period including Amy Poehler) is attempting to undermine the government and prevent the re-election of a right-wing senator. 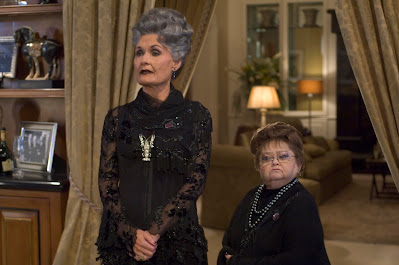 Into this are mixed several other plots, including action film star Boxer Santeros (Dwayne Johnson) suffering from amnesia and convinced he has the plot for the best film ever, adult film star Krysta Now (Sarah Michelle Gellar) who has her own reality TV show on the beach, Roland and Ronald Taverner (Sean William Scott) who are on opposing political sides and Justin Timberlake who narrates and mimes a song. 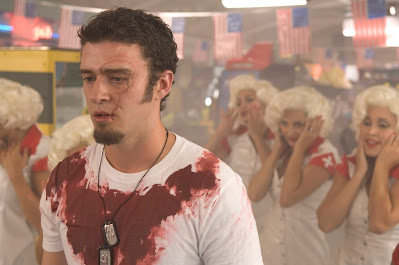 There are also some fascinating touches - power is now supplied in inexhaustible amounts thanks to the efforts of the eccentric Baron von Westphalen (Wallace Shawn) and his family who has designed a machine that draws energy from the movement of the ocean. Plus there's time travel but you have to wait a bit to understand the significance of that. 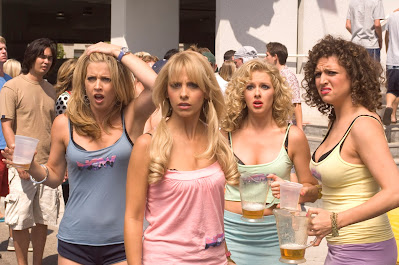 If this all sounds a bit of a mess then that's because it is, in a film that runs for nearly two and a half hours in its theatrical version and longer (158 minutes) in its director's cut. Both versions are supplied in Arrow's set. Up to about 90 minutes in SOUTHLAND TALES is intriguing but after that it starts to collapse under the weight of its own ambitions and (it has to be said) self-indulgence, leaving it a curio - a bit like if Terry Gilliam had directed a Philip K Dick novel (there are references to the author's work in the film) but had left halfway through leaving someone of considerably lesser talent to cobble together an ending. 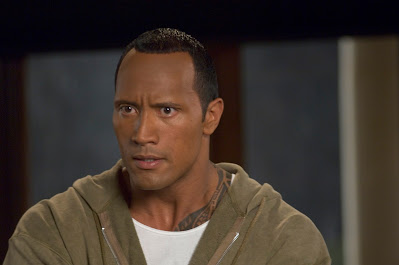 Arrow gives us both versions of the film in 2K restorations with a Kelly commentary on the theatrical cut. There's also a making of documentary, an archival featurette and a short film set in the same universe, as well as the usual trailer, image gallery and reversible sleeve.

Email ThisBlogThis!Share to TwitterShare to FacebookShare to Pinterest
Labels: 2000s