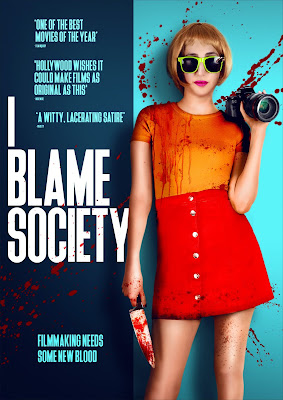 One of German director Rainer Werner Fassbinder's bleakest works is the 1978 IN A YEAR OF 13 MOONS in which a man undergoes a sex-change operation simply because someone he admires tells him he'd be okay if he was a woman. Whether or not Fassbinder's film was an influence on director and star Gillian Wallace Horvat's I BLAME SOCIETY, out in a bit from Blue Finch releasing, there's certainly the suggestion that its lead character, also called Gillian and also a film director, has embarked on her latest project because someone has told her she would make a good murderer. 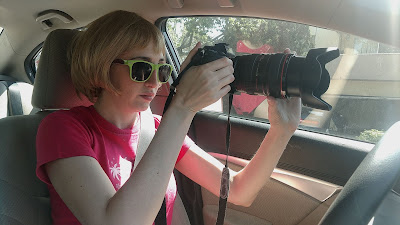 I BLAME SOCIETY isn't exactly found footage but it is a compilation of material Gillian shoots on a GoPro and iPhone to tell her story, that of identifying a suitable victim (her friend Chase's 'emotionally abusive' girlfriend whom she nicknames Stalin) and easing herself into murdering the girl, first by practising breaking and entering an empty house, then with someone inside it, and leading up to an actual killing as a 'rehearsal'. 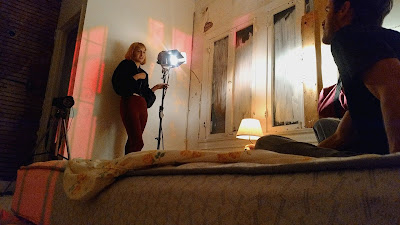 But one is not enough and so Gillian the film-maker becomes Gillian the serial killer, keeping a video record of her exploits and taking I BLAME SOCIETY into the territory of Belvaux, Bonzel and Poelvoorde's 1992 C'EST ARRIVE PRES DU CHEZ VOUS (MAN BITES DOG) and Michael Haneke's 2007 FUNNY GAMES. 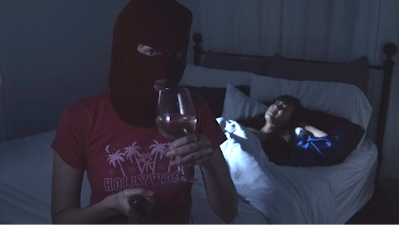 Mercifully, while I BLAME SOCIETY doesn't skimp on the horrible murders, it is laced with a considerable degree of humour and told with enough skill that it sometimes feels like a cross between Franck Khalfoun's 2012 MANIAC remake and Mary Harron's AMERICAN PSYCHO (2000). As well as having a whale of a time with its murderous lead character, the film also manages some sly satirical pokes at the current state of trends in film and television and the result is one of the best movies of its type to have come along in several years. 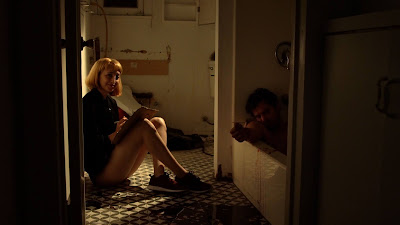 I BLAME SOCIETY is thoroughly entertaining and does an excellent job of giving us a believable and (almost) sympathetic psychopathic killer while at the same time causing the viewer to wince at what she actually gets up to. It's all great stuff and one hopes Gillian Wallace Horvat will get the opportunity to make more features. If, that is, anyone has the guts to be alone in a room with her for a production meeting after watching this. 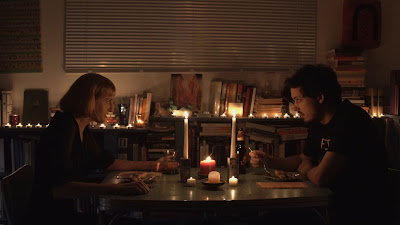 Posted by John Llewellyn Probert at 9:00 am