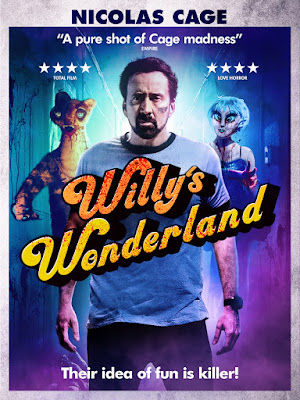 In which Nicolas Cage has to fight giant puppet animals. 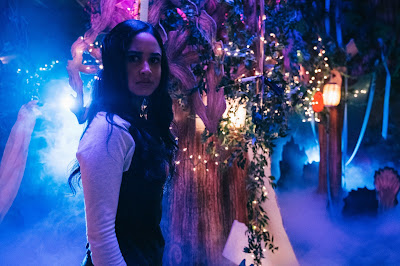 It's surprising how many entries there have been in the 'Horror Amusement Park' subgenre in the past few years. These have ranged from 2018's BLOOD FEST (quite entertaining) to 2019's THE BANANA SPLITS MOVIE (could have been better) to 2018's FRIGHT FEST (terrible). 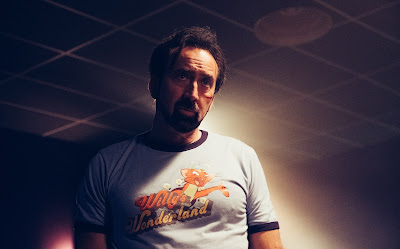 However, it could be hypothesised that if enough people make enough movies with the central theme of a kids' entertainment attraction gone horribly wrong then at some point someone should get it right.

WILLY'S WONDERLAND is the one that gets it right. 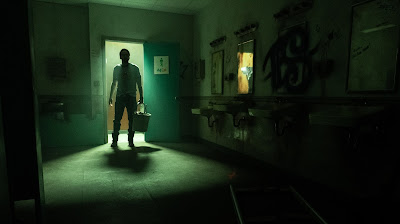 This is due partly, and in no uncertain terms, to the presence of Nicolas Cage, who plays a man tricked into spending the night cleaning the amusement park of the title but actually intended as a sacrifice to the spirits inhabiting the giant animatronic animals that dwell within. Cage's character is a man who can down six cans of fizzy pop and never burp once, even when he's playing pinball and dancing, so we know he's not to be messed with, not even by nightmarish creations ten feet high that want to pull his head off. 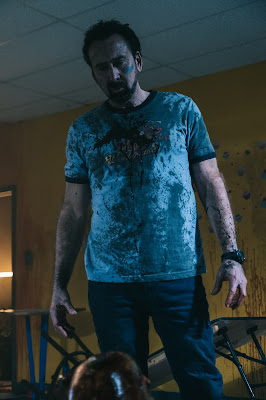 That's almost it for the plot, which is exactly the right thing for this sort of film to do. Who wants lots of backstory and character development when instead you can see Mr Cage beating to death some kind of weird giant alligator wearing a beret? Or Tito the Turtle, a giant turtle that only speaks Spanish and is therefore subtitled? ("Oh my balls!") 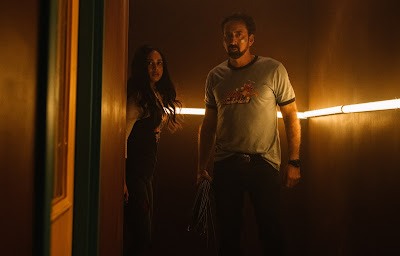 There's a subplot about teenagers breaking in so they can get done in by the puppets but again the film treats their characters and what happens to them in just the right way for this kind of film so that they're never too annoying. WILLY'S WONDERLAND skilfully balances horror with humour, never outstays its welcome and is so much fun it's almost over before you realise.

Extras on Signature's Blu-ray include a seven minute behind the scenes featurette (including Cage interview), two minutes on the animatronics and another couple of minutes of a set tour.

Director Kevin Lewis has made movies in other genres but he might just have found his niche with horror comedy and I hope he gets to make another one. And the soundtrack (by 'Emoi') also deserves a shout out for combining a decent rock / synthesiser score with some great songs. A soundtrack album would be welcome.

WILLY'S WONDERLAND is out from Signature Entertainment on digital on Monday 12th April 2021 and DVD and Blu-ray on Monday 19th April 2021. Here's the trailer:

Posted by John Llewellyn Probert at 9:19 am