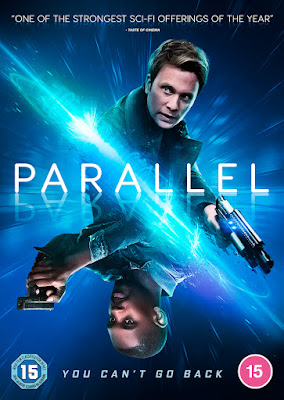 Director Isaac Ezban's latest feature, which premiered at Halloween Frightfest a couple of years ago, finally gets a DVD and digital release from 101 Films.

Four friends are developing a parking app. An investor is interested but wants a working prototype in days, something the team is unable to do but which a rival of theirs claims he can. Frustration turns to curious happenstance as a hole is knocked in the wall of the place where the four live, revealing a hidden flight of stairs leading to the attic. 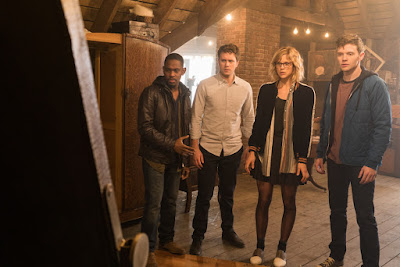 The attic is filled with equipment, and in particular a mirror that enables an individual to enter randomly any one of numerous parallel universes where, importantly, time moves much more slowly.

So they get their app done. But then they start to misuse their newfound discovery, with the expected disastrous consequences. 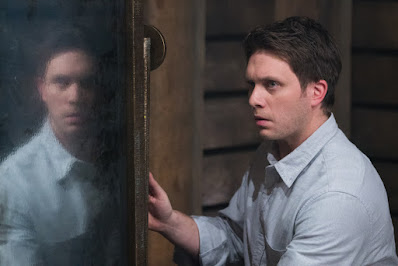 PARALLEL is nowhere near as manic, intense, or just plain loud as Ezban's previous, terrifically entertaining feature THE SIMILARS (2015). It does look more polished, though, and a lot of Ezban's camerawork is inspired, especially his transition devices. The film does rather fall down in its plotting, which starts off with a fascinating idea but doesn't follow it to the crazy logical conclusions one is expecting, with the story running out of steam as we get to the end. It's nice to see the comic book from THE SIMILARS turn up in one of the parallel universes. 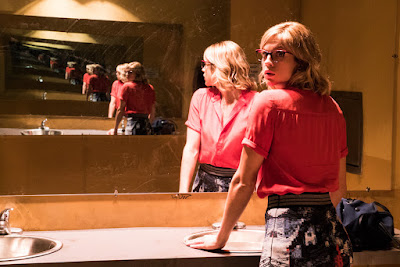 The cast features some familiar faces including Martin Wallström from TV's MR ROBOT, Georgia King from COCKNEYS VS ZOMBIES and Aml Ameen from Idris Elba's YARDIE. The music is by SIMILARS composer Edy Lan.

Posted by John Llewellyn Probert at 8:56 am