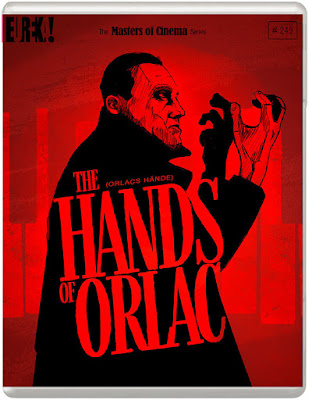 From the team that brought you 1919's classic THE CABINET OF DR CALIGARI, star Conrad Veidt and director Robert Wiene got together again in 1924 to bring to the screen an adaptation of Maurice Renard's tale of surgical horror, now getting a UK Blu-ray release from Eureka. 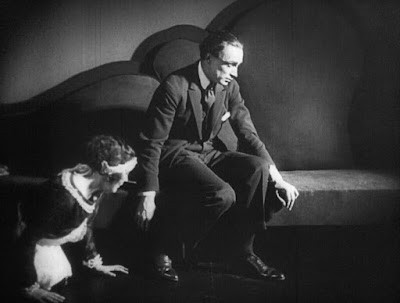 Paul Orlac (Veidt) is a famous concert pianist. Returning home from his latest series of concerts, the train he is on crashes. Orlac survives, just, but his hands are mangled beyond use. However, in a handy (sorry) coincidence, a murderer hanged on the same day is brought the hospital where Orlac is a patient so the killer's hands can be used in a transplant. Discharged home, Orlac is already experiencing strange visions and the conviction that his hands are not his own. When his rich father is found dead with the fingerprints of the executed murderer all over the crime scene who is the culprit? 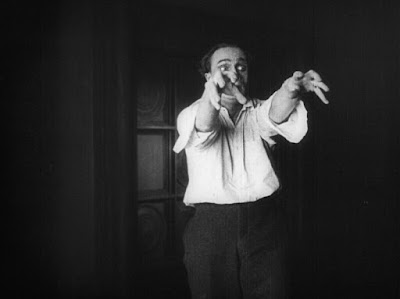 It's a rare delight to discover a film nearly a hundred years old that's capable of blowing you away, but if, like me, you're new to THE HANDS OF ORLAC that's just what it might do. The films exhibits one of the most sustained levels of insane intensity in cinema throughout, with everyone's performance of 'mad' turned up to eleven. The opening train wreck must have seemed spectacular in its day and the subject of hand transplants a gruesome, if ridiculous, conceit. Veidt is brilliantly manic in the lead and while this is a different film from CALIGARI it's no less engrossing thanks to Wiene's direction. 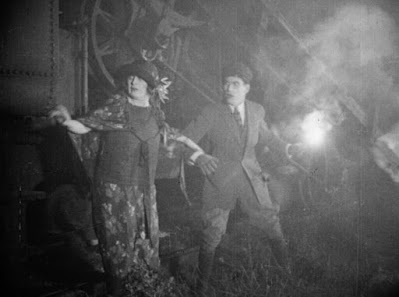 Eureka's Blu-ray release of the film is  a 1080p presentation of the original 94 minute version by Film Archiv Austria. The presentation is also helped immensely by a deliciously disturbing full-blooded avant-garde music score that sounds as if James Bernard helped himself to a generous dose of LSD before sitting down to write it. The person responsible is actually German composer Johannes Kaltizke. 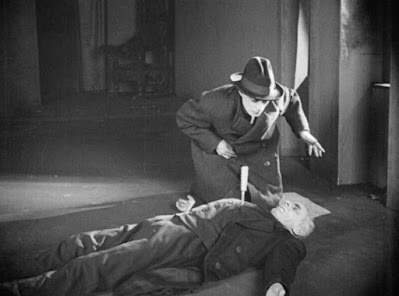 Extras include the usual superior commentary track from Stephen Jones and Kim Newman, a 30 minute video essay on the film and its descendants that's both well written and well narrated, plus an alternate 110 minute presentation of the film from 2008 with alternate takes and a music score by Paul Mercer. You also get a piece highlighting the differences between the two versions. Finally, there's a booklet featuring new writing on the film from Tim Lucas and Philip Kemp.

Posted by John Llewellyn Probert at 9:22 am

Email ThisBlogThis!Share to TwitterShare to FacebookShare to Pinterest
Labels: 1920s