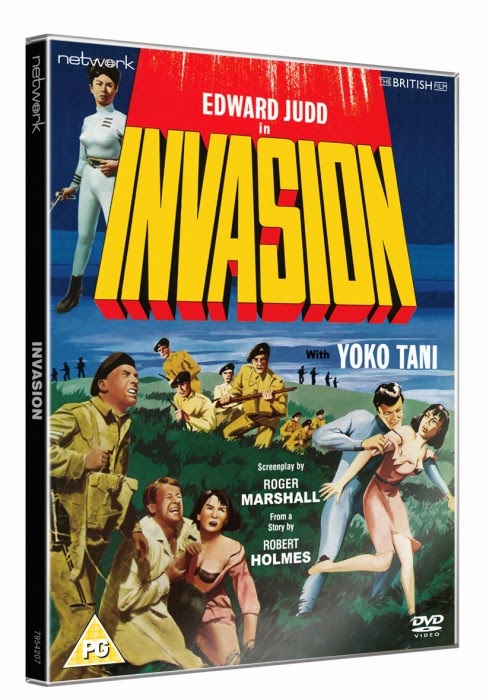 Network continues its valuable work releasing obscure British second features to DVD with this low key black and white science fiction effort from 1966.
Anthony Sharp and his drunk girlfriend / bit on the side are driving down a country road when they pass through a fog-patch-that’s-actually-spaceship-smoke and hit a man wearing a rubber suit. They bundle him into the back of their car and take him to the local hospital, where Dr Edward Judd draws some blood which turns out to be like nothing human, and takes some X-rays which show a metal plate embedded in his brain. Putting blood and brain together hospital staff come to the conclusion that the accident victim is Not of This Earth. 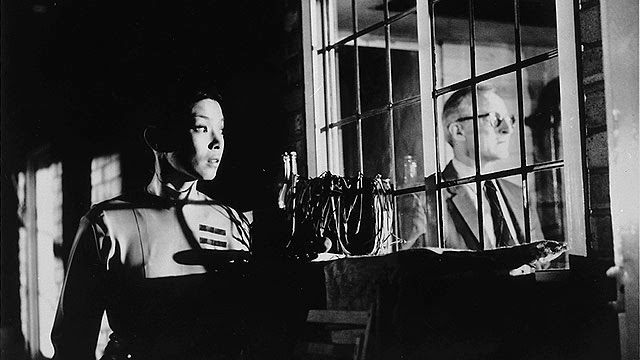 Meanwhile, the army has been tracking something odd on their radar, something odd enough to distract them from reading lurid thrillers ('The G String Murders' complete with cover to match) and get out in the field to look for a spaceship. Meanwhile in the hospital the alien comes round and claims he's in charge of two prisoners who have escaped. The temperature of the hospital starts to rise, and a low budget invisible barrier prevents anyone from leaving. There are lady aliens in the surrounding woods as well, but are they the villains our patient claims them to be? 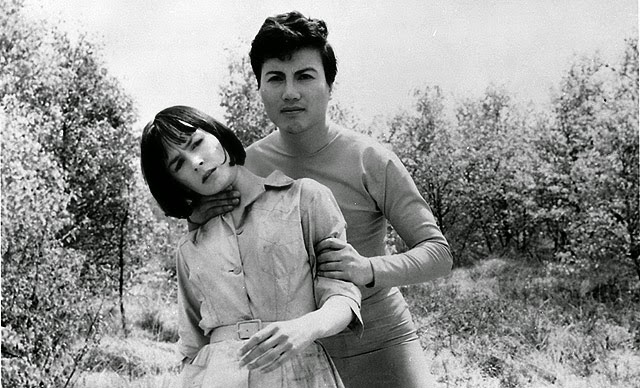 INVASION isn't at all bad, even if it isn't actually about an invasion. Robert Holmes, one of the best writers of classic Dr Who, provides the original story (and apparently rewrote it to become the Jon Pertwee story Spearhead From Space) and, like many movies of this period, the low budget helps give the film a gritty feel. Performances are all fine, with plenty of familiar faces for fans of classic low budget British stuff, and the direction by Alan Bridges is actually quite restrained. The effects are minimal and the model work is sub sub Gerry Anderson but that’s not really the point of the picture. 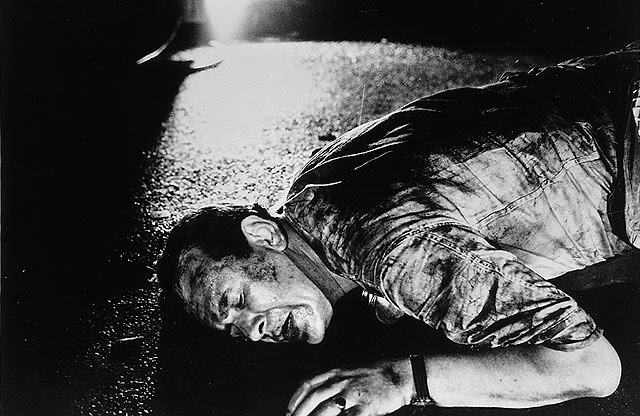 Bernard Ebbinghouse (GIRLY, TALES THAT WITNESS MADNESS) delivers a surprisingly otherworldly and spooky score in places, and overall this is a minor but still impressive effort. INVASION is neither as engrossing nor as stylish as John Krish’s UNEARTHLY STRANGER (also out from Network) but it's still pretty good, and anyone with an interest in independent British SF movies of the 1960s is going to want to see it.
Network's DVD transfer is fine and in 1.66:1 aspect. There's a trailer and a still gallery for extras and that's it, but like many of the similar releases Network is bringing out, having the film itself on disc is enough.

Network released INVASION on Region 2 DVD on 3rd November 2014
Posted by John Llewellyn Probert at 8:30 am