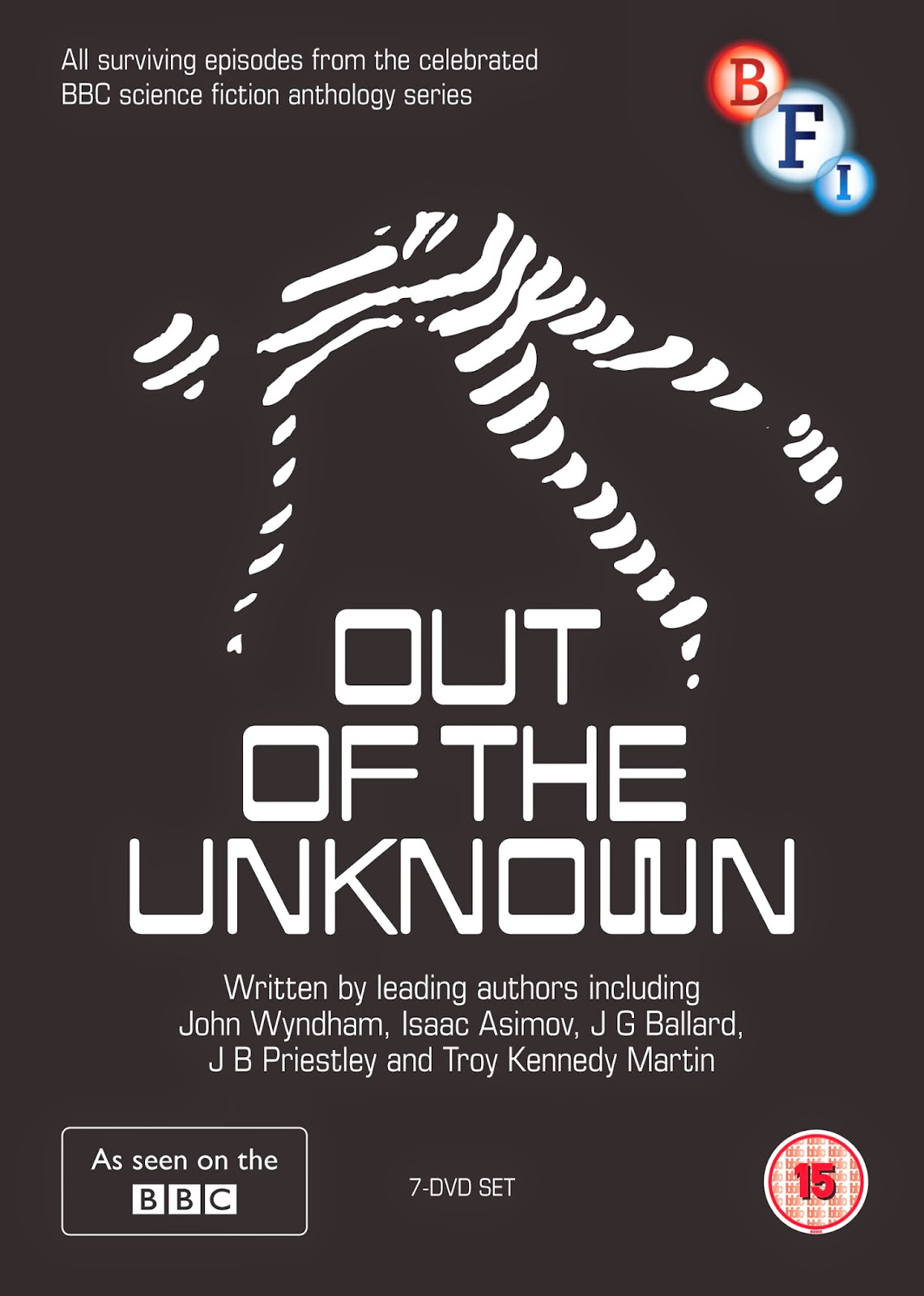 Wow.
I have just finished going through this massive seven disc set from the BFI, and, in a nutshell, that's what I think of it. Of course, when reading that single word review of this quite remarkable piece of work, one needs to bear in mind that I am a huge fan of British television science fiction, and that this particular series has achieved something approaching near mythical cult status over the years, with bootleg copies regularly changing hands at conventions. You can throw all those inferior versions away, now, because nobody could treat the existing material any better than the BFI has done here. 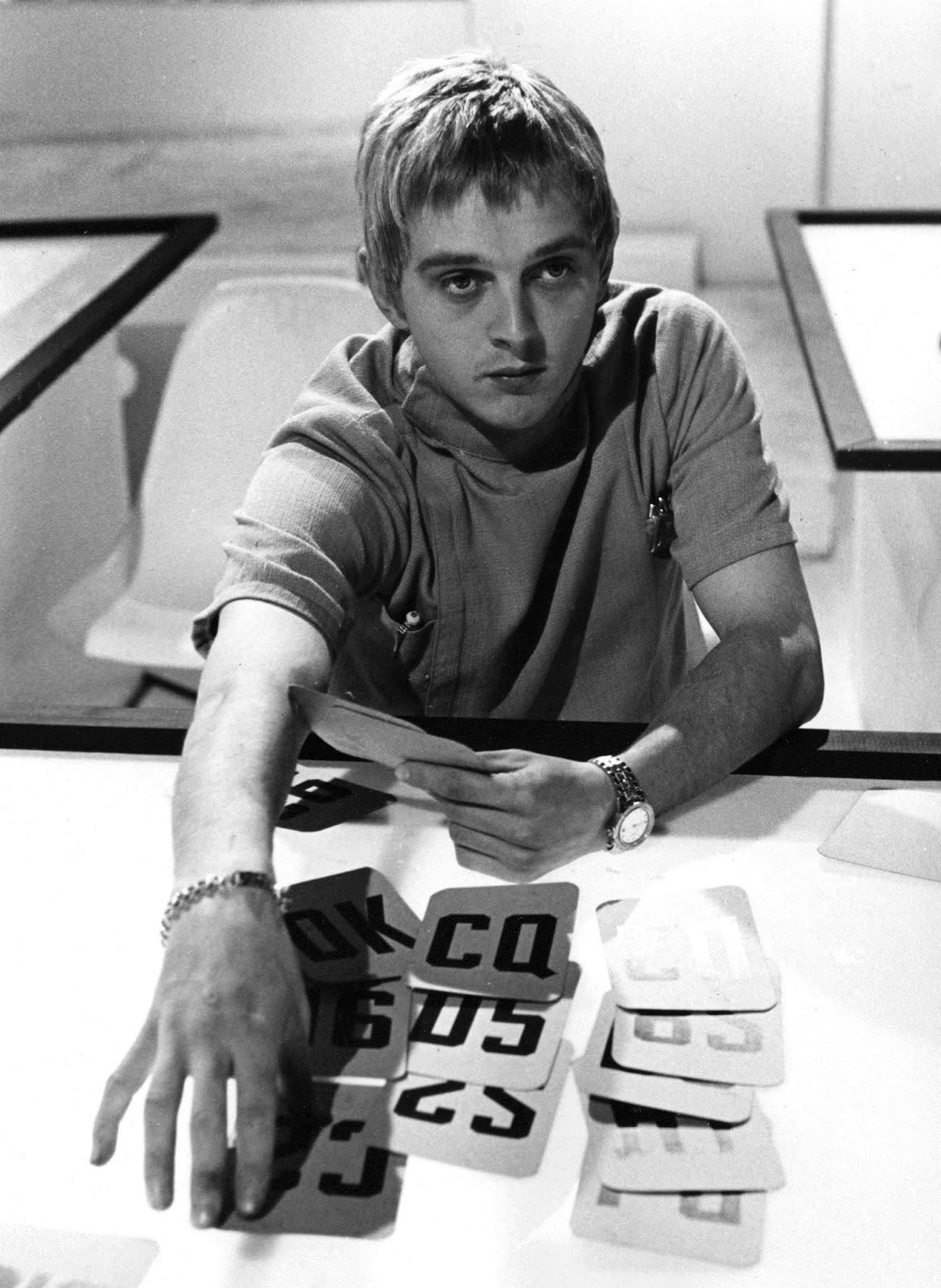 For those unfamiliar with this programme, OUT OF THE UNKNOWN ran on BBC2 from 1965 until 1971 for a total of four series - the first two in black and white, and then switching to colour in 1969. Because of the BBC's inconsistent policy of wiping old material not all of the episodes survive with, bizarrely enough, the colour episodes having come off the worst. What remains, however, is some of the most literate science fiction ever filmed, with stories by Asimov, Ballard, Wyndham, Pohl, Kornbluth, Brunner and other SF greats being included. In most cases the writing, acting, and behind the screen talent outshines the clunky limitations of the BBC's technical abilities (obvious especially in the early episodes) but as long as you can get past that there's an absolute treasure trove of intelligent television drama to be discovered here. 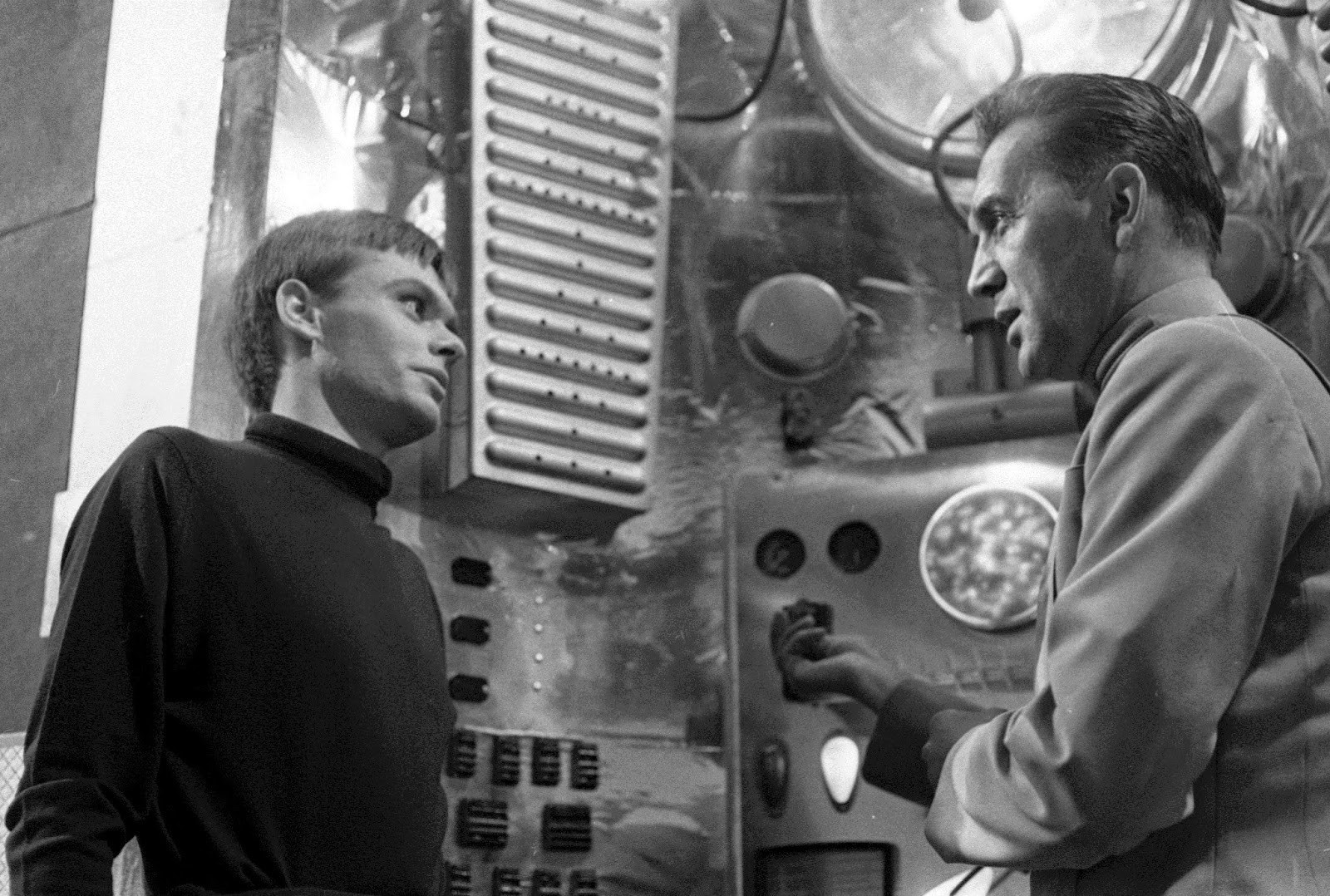 The ten surviving episodes of series one are spread over the first three discs. The show kicks off with John Wyndham's No Place Like Earth. Earth has been destroyed. Should itinerant Terence Morgan settle down on Mars with lovely local girl Hannah Gordon? Or should he join the recruiting drive to go and work on Venus? This is a story that goes rather overboard with its political ranting in the second half, and apparently it was placed first so the series would kick off with a 'name' author. Far better, and definitely the place to start if you're unsure whether you'll like the show, is the second story The Counterfeit Man. Basically John Carpenter's THE THING in space, this one stars David Hemmings as a member of a ship's crew who may have been replaced by an alien. The only way to determine if he's human or not is to psychologically torture him and examine his reactions. It's a fantastic episode with excellent acting across the board and an ending that will leave you open-mouthed - I'm not saying any more than that. 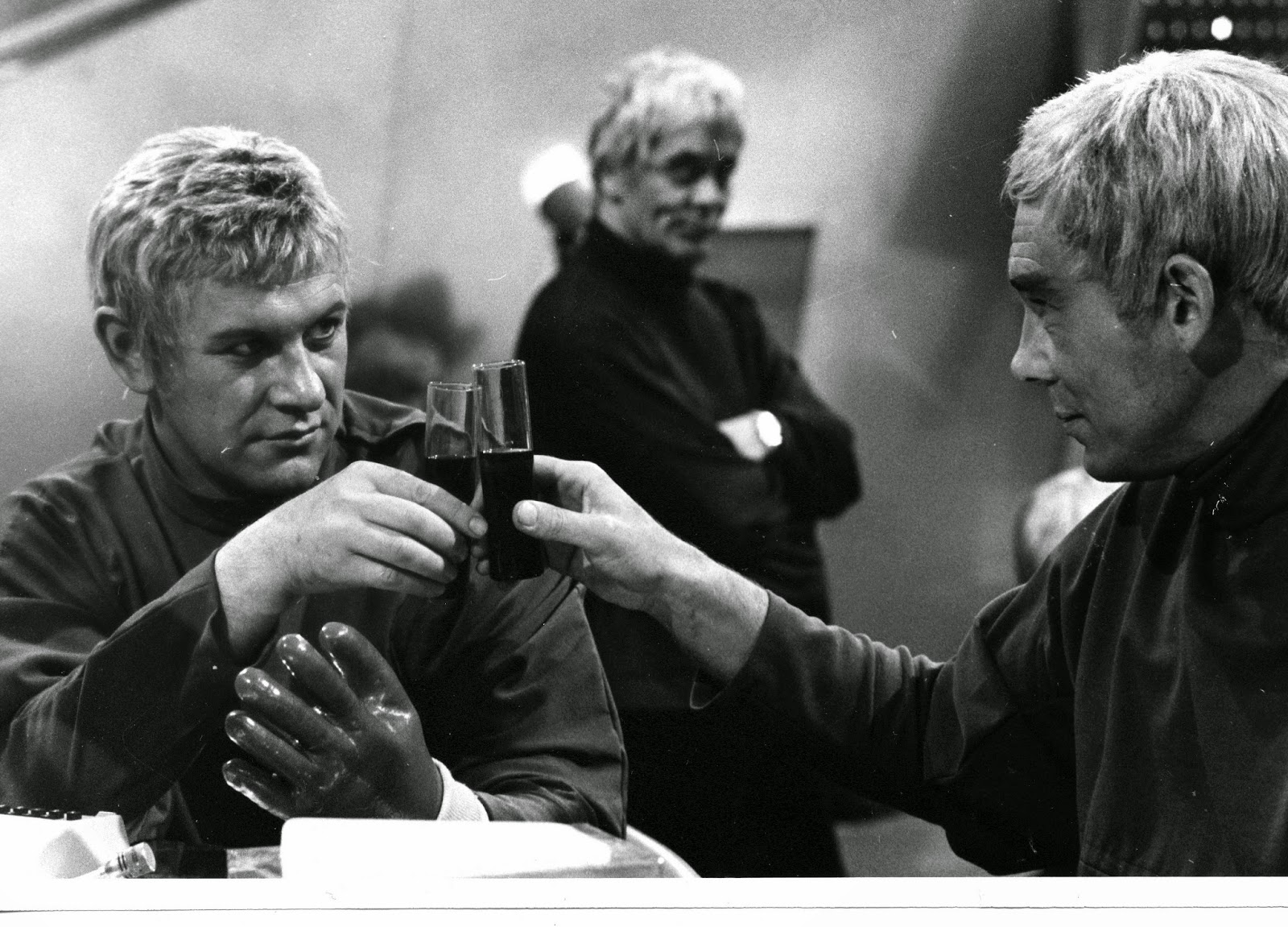 There's a bit of a dip next with Stranger in the Family, then it's back to top quality with Asimov's The Dead Past, and William Tenn's even better Time in Advance, where Edward Judd has served his time out for murder before committing it, and returns to earth now able to kill someone without any consequence. Mike Pratt is his chum who has the same privilege. The story does a fine job of examining all the possible alternatives such a situation could bring, and this is another one with as gobsmacking an ending as The Counterfeit Man. It's black comedy next with Milo O'Shea growing killer plants in his back garden with 'Come Buttercup, Come Daisy, Come...?' before more Asimov with Sucker Bait, John Brunner's harrowing Some Lapse of Time and J G Ballard's clever (for its time) Thirteen to Centaurus. Fred Pohl's The Midas Plague finished off disc 3 with Graham Stark getting robots drunk in another comedy. 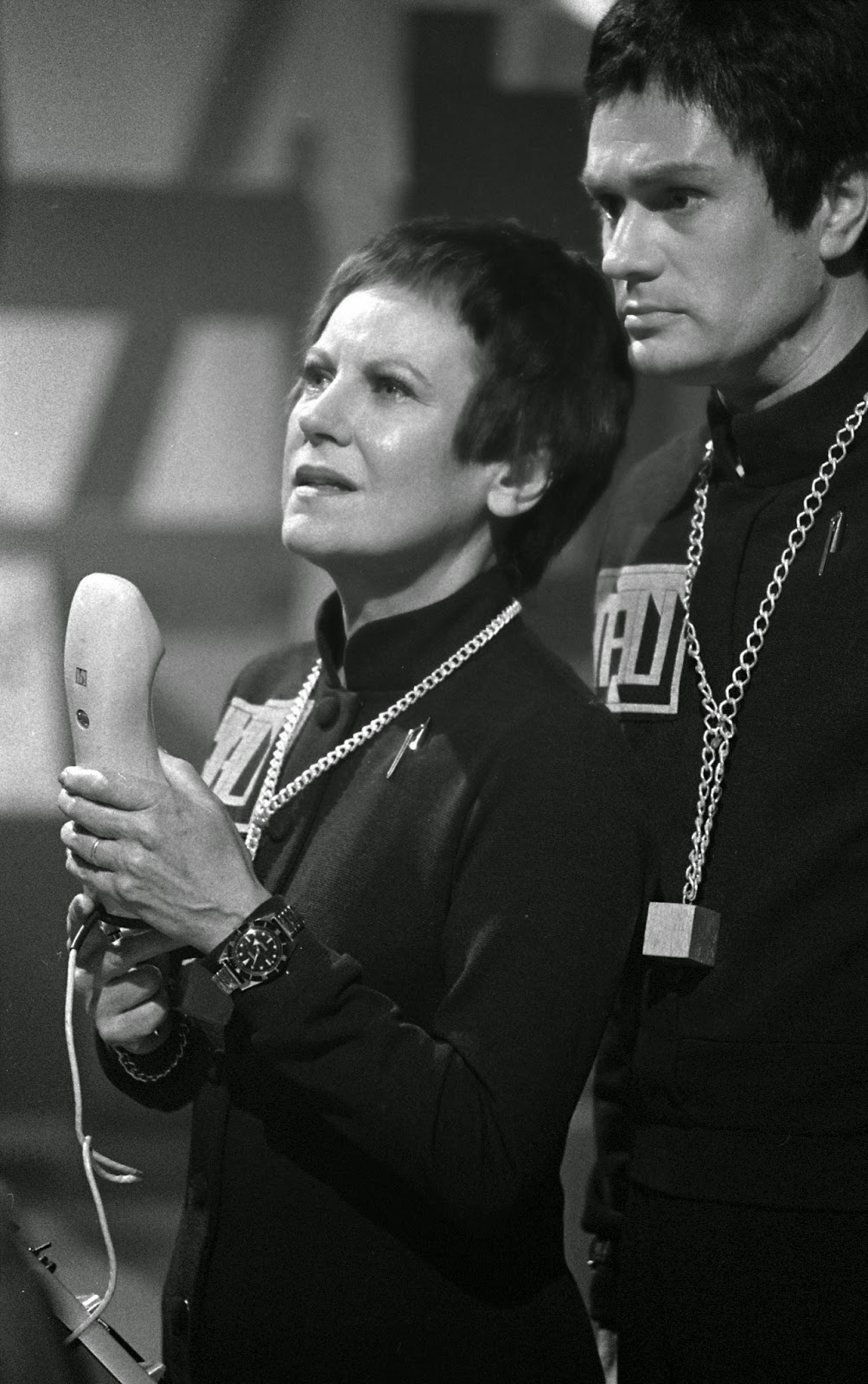 There are only four surviving episodes of Series 2 and these are on disc 4. The best is E M Forster's The Machine Stops with Yvonne Mitchell and Michael Gothard but J B Priestley's (!) adaptation of Level 7 and Fred Pohl's Tunnel Under the World are worth watching as well.
Disc 5 gives us Series 3. There is only one actual surviving episode and it's a good one - John Brunner's The Last Lonely Man. When you die, as long as you have a 'contact' all your thoughts and urges get transferred to a living person. George Cole makes the mistake of being lonely Peter Halliday's contact and when the man kills himself Cole becomes swamped with the man’s intrusive thoughts and obsessions. 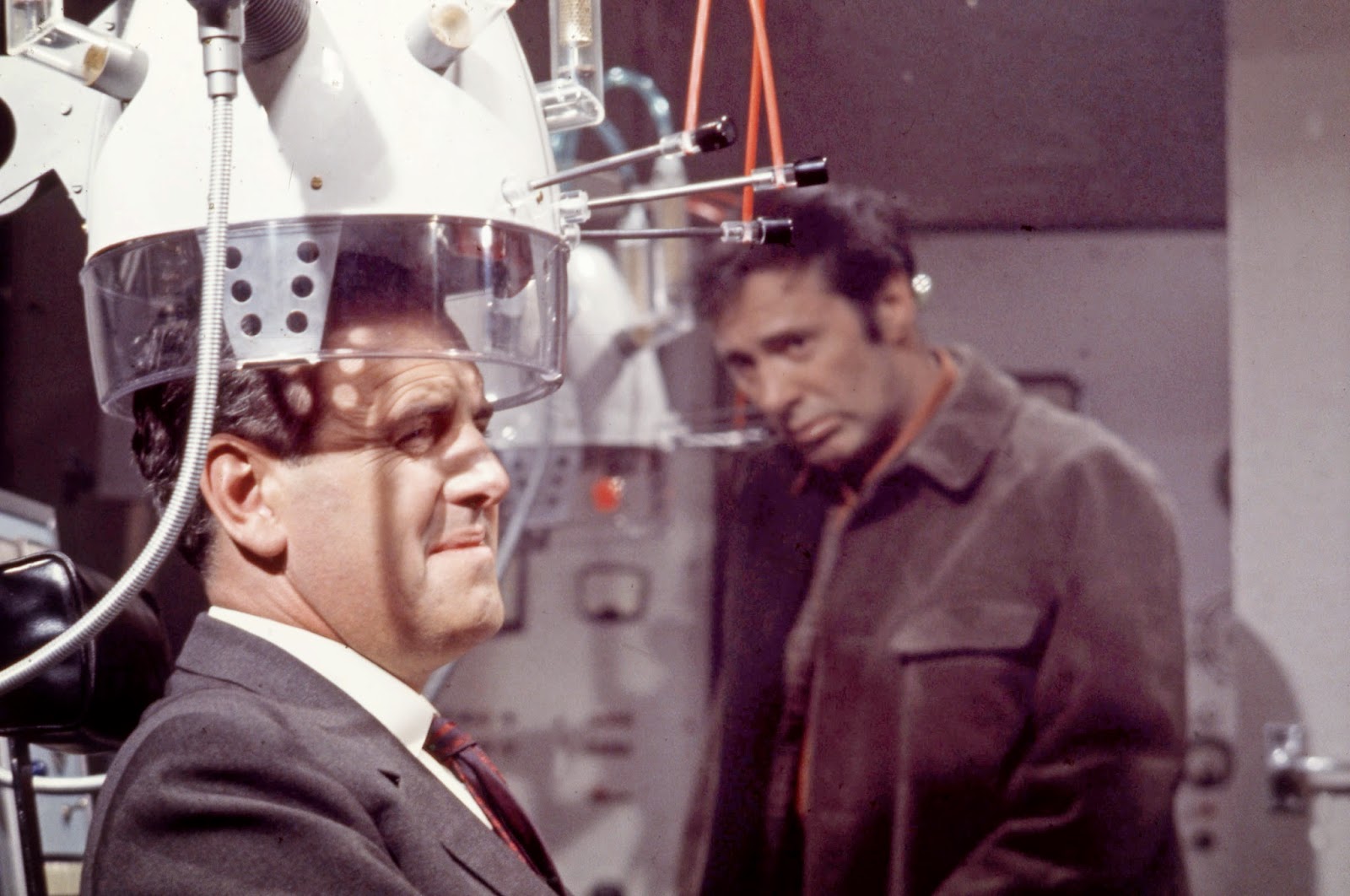 The next two episodes on this disc are reconstructions, and this is where all the work that has gone into this set really becomes apparent. Someone has sat down with the surviving audio tracks of Clifford Simak's Beach Head and Isaac Asimov's The Naked Sun and matched the action to surviving production stills and newly created CGI. This is a remarkable achievement and, while it feels a bit odd at first, you quickly get used to it and the stories are so powerful you don't really mind. Disc 5 is rounded out by Cyril Kornbluth's Little Black Bag, of which only about 20 minutes survives 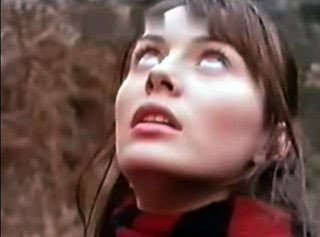 Disc 6 gives us a reconstruction of Rog Phillips' The Yellow Pill before we move onto Series 4, where the emphasis was changed from SF to horror. To Lay A Ghost earns the distinction of being one of the few 1970s episodes of TV horror to properly disturb me. In fact I still can't decide if the ending is just unbelievably inappropriate or shockingly original. On her way home from school sixth-former Lesley Anne-Down is raped. A couple of year later, she and her husband move into a 1970s BritHorrorTV Farmhouse and there's a ghost. But why is it there? I'll leave you to discover the rest of it for yourself - if you've the nerve. 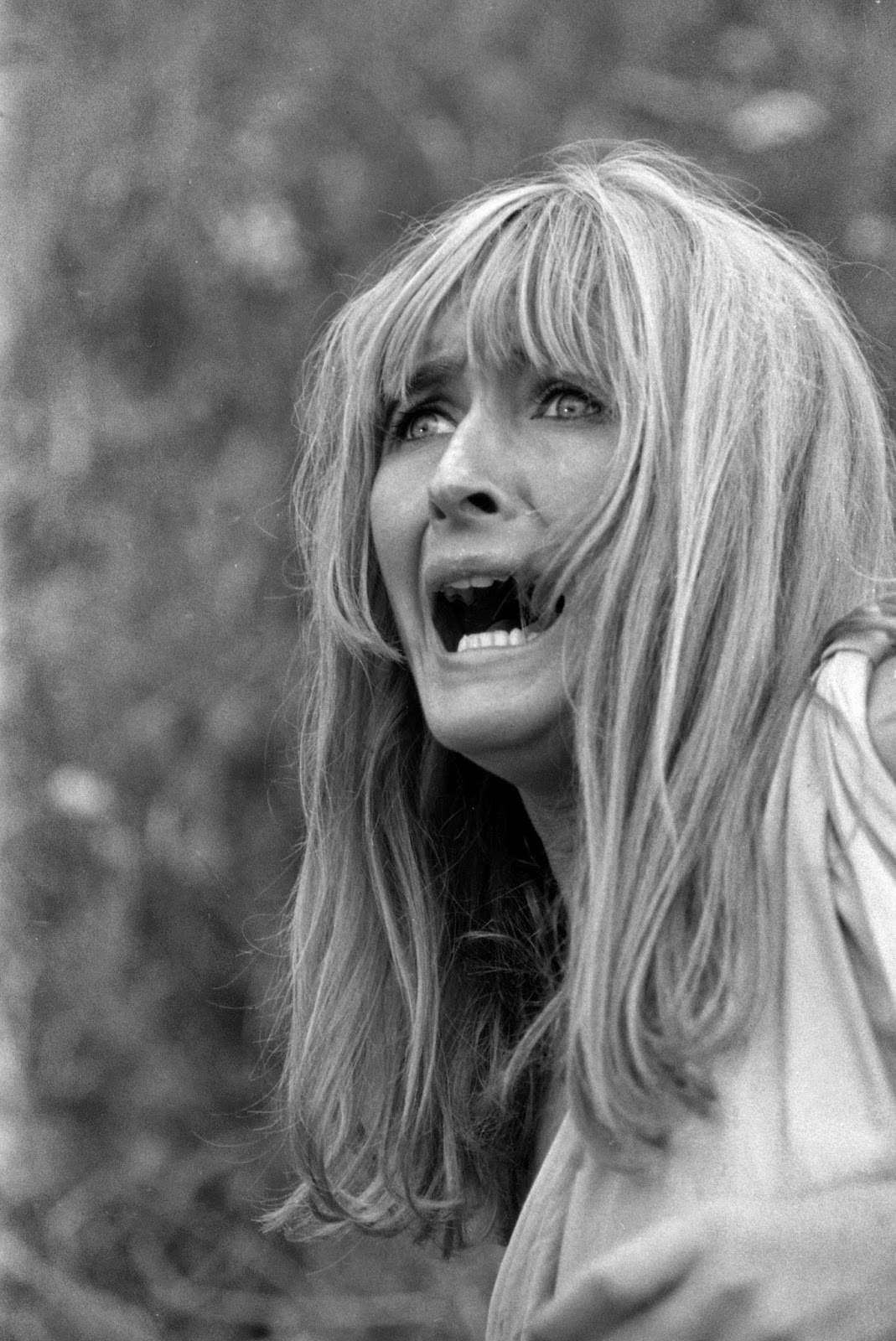 Otherwise Series 4 continues with This Body Is Mine - a fine black comedy with scientist John Carson switching bodies with industrialist Jack Hedley. Both actors have a whale of a time and after To Lay A Ghost this one was most welcome. Deathday is by Brian Hayles but has a Ramsey Campbell vibe as Robert Lang is haunted by a doppelgänger. In Welcome Home, Anthony Ainley arrives at his cottage after an accident to find no-one remembers him, and The Man in My Head details a military experiment in psychology. Disc 7 finished with a reconstruction of The Uninvited and the documentary Return to the Unknown which is 45 minutes of interview and scraps of footage from lost episodes. I was going to skip it but I was very glad I didn't.
So there we are. I've gone on for far too long and haven’t even mentioned the commentaries, interviews, still galleries and the booklet that comes with the discs. The BFI's OUT OF THE UNKNOWN set is a truly remarkable achievement, and the shining jewel in their crown of science fiction releases. Anyone interested in the history of British SF, and for that matter British TV, needs to watch this, and then weep that we would never see the like of it today. The DVD release of the year.
Wow.