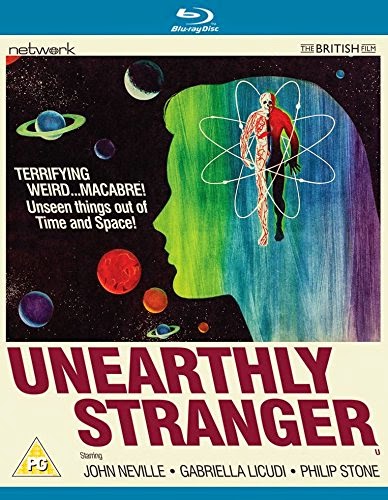 Network continues its series of obscure British fantasy films I've never heard of before with its new Blu-ray and DVD release of John Krish's UNEARTHLY STRANGER. It's a zero budget B-movie programmer that's low on spectacle but high on talent, and anyone interested in the history of British science fiction movies will want to give it a watch. 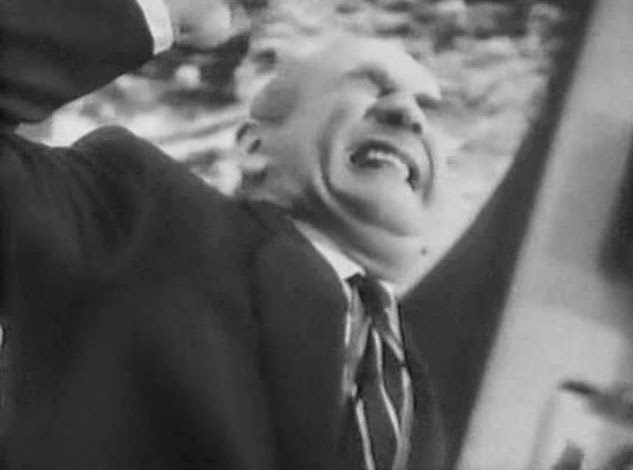 After the unexpected death of Professor Munro (Warren Mitchell, who lasts long enough to give us a few words in a Scottish accent before clutching his head and falling across his desk) Dr Mark Davidson (John Neville) is assigned to replace him as the principle researcher in a government project intended to transport the consciousness of man across space using simple concentration. It soon becomes apparent that Munroe's death was anything but natural, and that it might be linked to his solving part of a formula that could enable the experiment to succeed. Meanwhile, Mark also happens to be enjoying newly married life to his pretty wife who never blinks and whom he met on an isolated road in Switzerland. She can also taking roasts out of the oven without the aid of gloves, cries tears that burn her face, and she can terrify a playground full of children from twenty yards away. 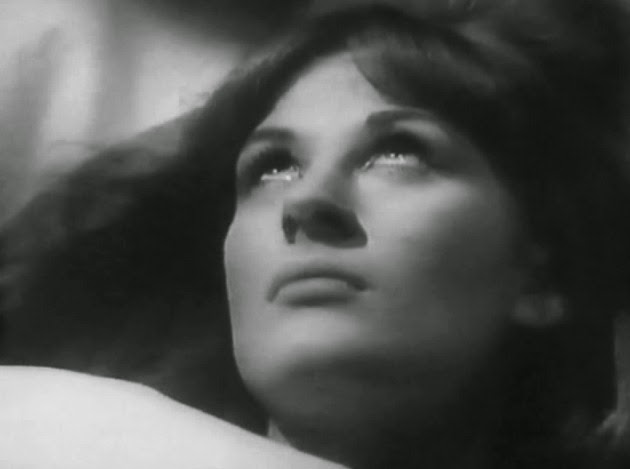 What's going on? I won't say anymore because the screenplay is fun and full of twists and turns that I didn't see coming. I also didn't expect it to be by Rex Carlton who wrote THE BRAIN THAT WOULDN'T DIE and BLOOD OF DRACULA'S CASTLE for Al Adamson. A career high for him, then, but that wouldn't be difficult. In fact despite the lack of budget everyone involved with UNEARTHLY STRANGER seems to be on top form. It's directed by John Krish, who later earned the nickname 'Doctor Death' from his colleagues for his serious of grim and frequently upsetting public information films such as SEWING MACHINE, SEARCHING, and perhaps most memorable of all THE FINISHING LINE, about children playing on railway tracks. He shows a fine eye for noir-edged science fiction, and the scene with the children playing and suddenly becoming aware that something alien is watching them is a standout. Krish also worked on THE AVENGERS and wanted to do more movies. It's a great shame that he didn't as on the basis of this he might have been able to direct the ultimate British take on Jack Finney's THE BODY SNATCHERS. 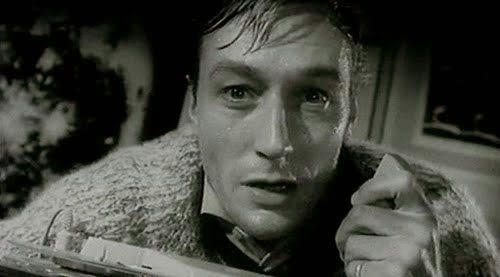 Acting is also fine, as one might expect from John Neville, Jean Marsh, Patrick Newell and, as Neville's boss, Philip Stone in his first feature role and probably getting more to say here than anything else he's ever been in. Gabriella Licudi as Neville's wife is good as well, subtly underplaying the fact that she's not at all what she seems to be.
Network's Blu-ray transfer of UNEARTHLY STRANGER is, on the whole, very fine indeed for a neglected 1960s programmer. There are a few scratches here and there but they're not going to impair your enjoyment of this. Extras are limited to a trailer and a still gallery but to be honest we should be grateful this film is available at all. 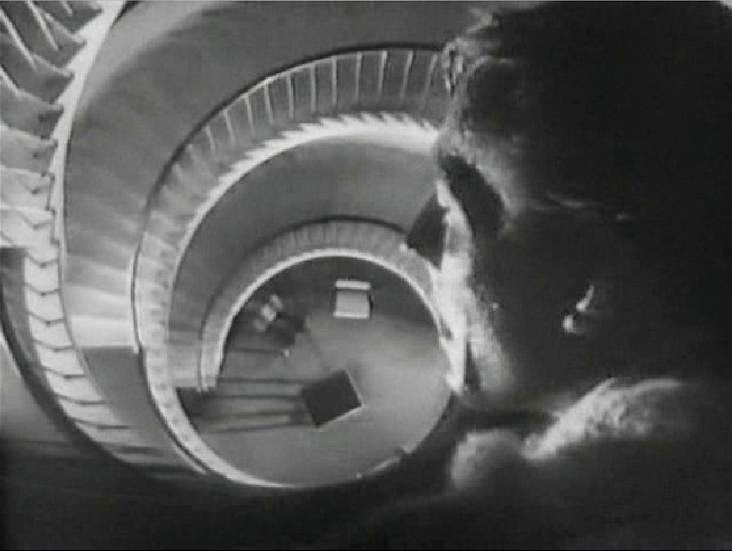 Britain made quite a few science fiction films in the 1960s, some of which were pretty terrible (and often made by Amicus - step forward THEY CAME FROM BEYOND SPACE and THE TERRORNAUTS). Some of the better and more interesting titles from this period were made by tiny companies which lasted little longer than the running time of the pictures they made. Consequently many of these films seem to have almost disappeared. UNEARTHLY STRANGER is definitely one, and congratulations to Network for bringing it out.

Network are releasing John Krish's UNEARTHLY STRANGER on Region 2 DVD and Region B Blu-ray on 3rd November 2014
Posted by John Llewellyn Probert at 6:42 am