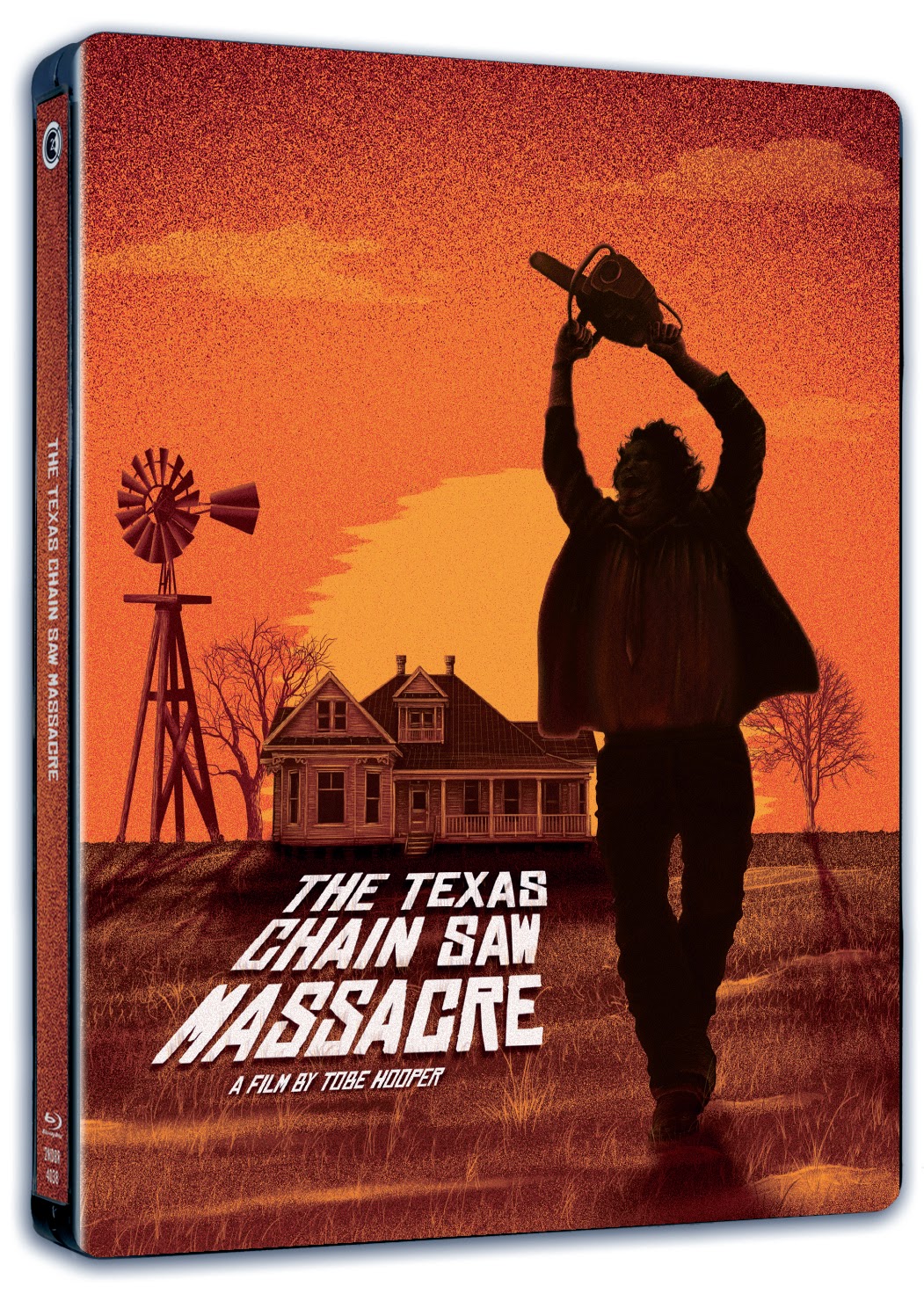 It’s hard to believe it’s now forty years since the Greater London Council felt able to grant an ‘X’ certificate to Tobe Hooper’s seminal, relentless, gut-churning horror picture, while it remained banned in the rest of the UK. Since then a lot has changed, but it’s a delight to report that Hooper’s film hasn’t. In fact if anything, the numerous sequels, retreads, revisions and remakes have only served to prove how very good a film it is. Its own director has never come close to reproducing the sense of horror some of the scenes are still capable of evoking, and the movie can in many ways be considered a career best for all concerned. Over the years since it was first released THE TEXAS CHAIN SAW MASSACRE (as the onscreen title would have it) has become a classic, not just of the horror genre but of cinema, such that it’s hard to believe there’s anyone out there who doesn’t know what the film is about. 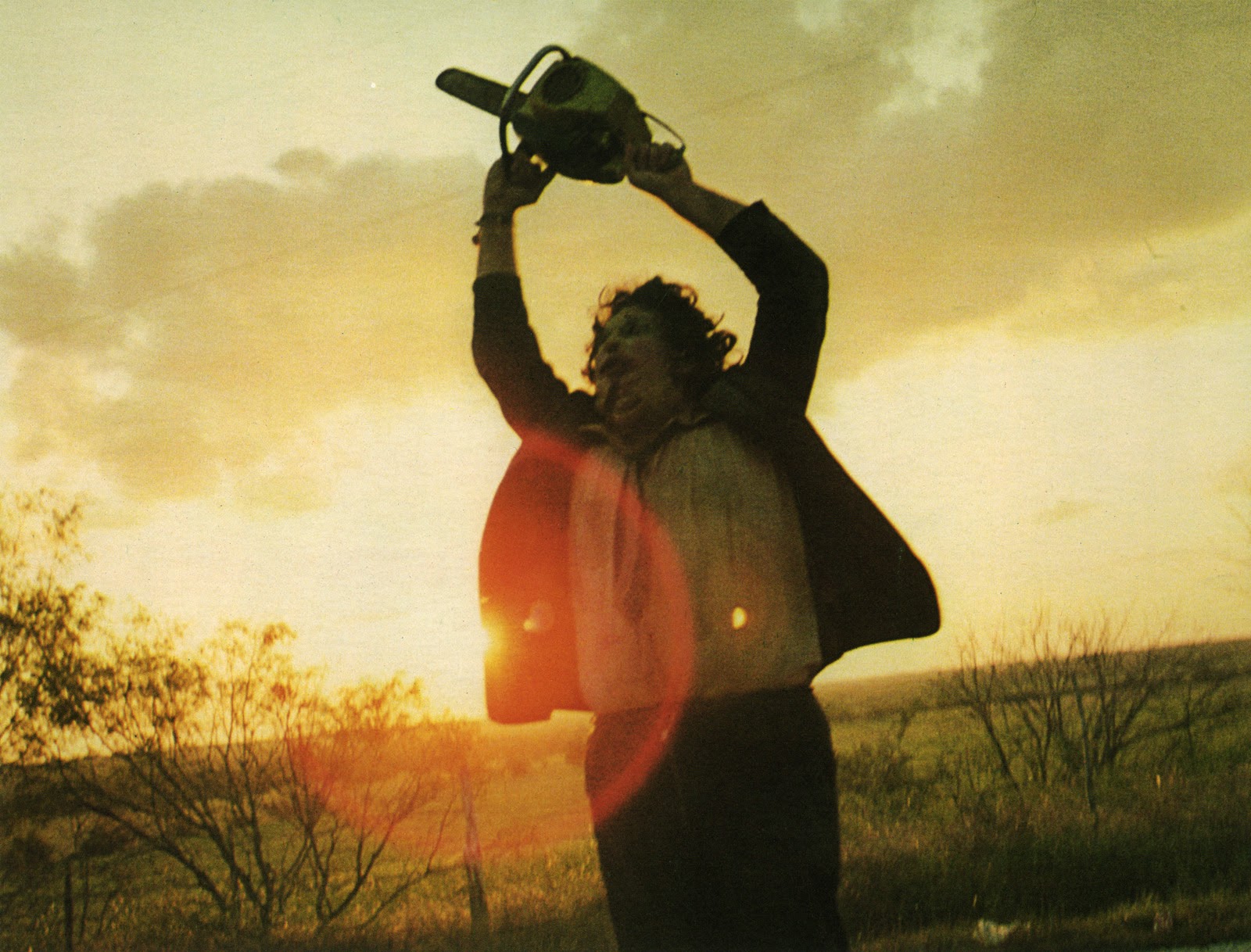 Sally Hardesty (Marilyn Burns), her wheelchair-bound brother Franklin (Paul Partain) and her hippy friends travel in their hippy bus to visit the grave of Sally’s grandfather. Something horrible has been left in the graveyard and it’s virtually the first thing we see in the film (and all the more drippy in Blu-ray). They pick up a deranged hitchhiker (Edwin Neal) whom they quickly dump, and when they run out of petrol they call at a house that just happens to be home to a family of crazed ex-slaughterhouse employees. They get bumped off one by one until only Sally is left to be served up as a potential dinner to their one hundred year plus year old grandpa. 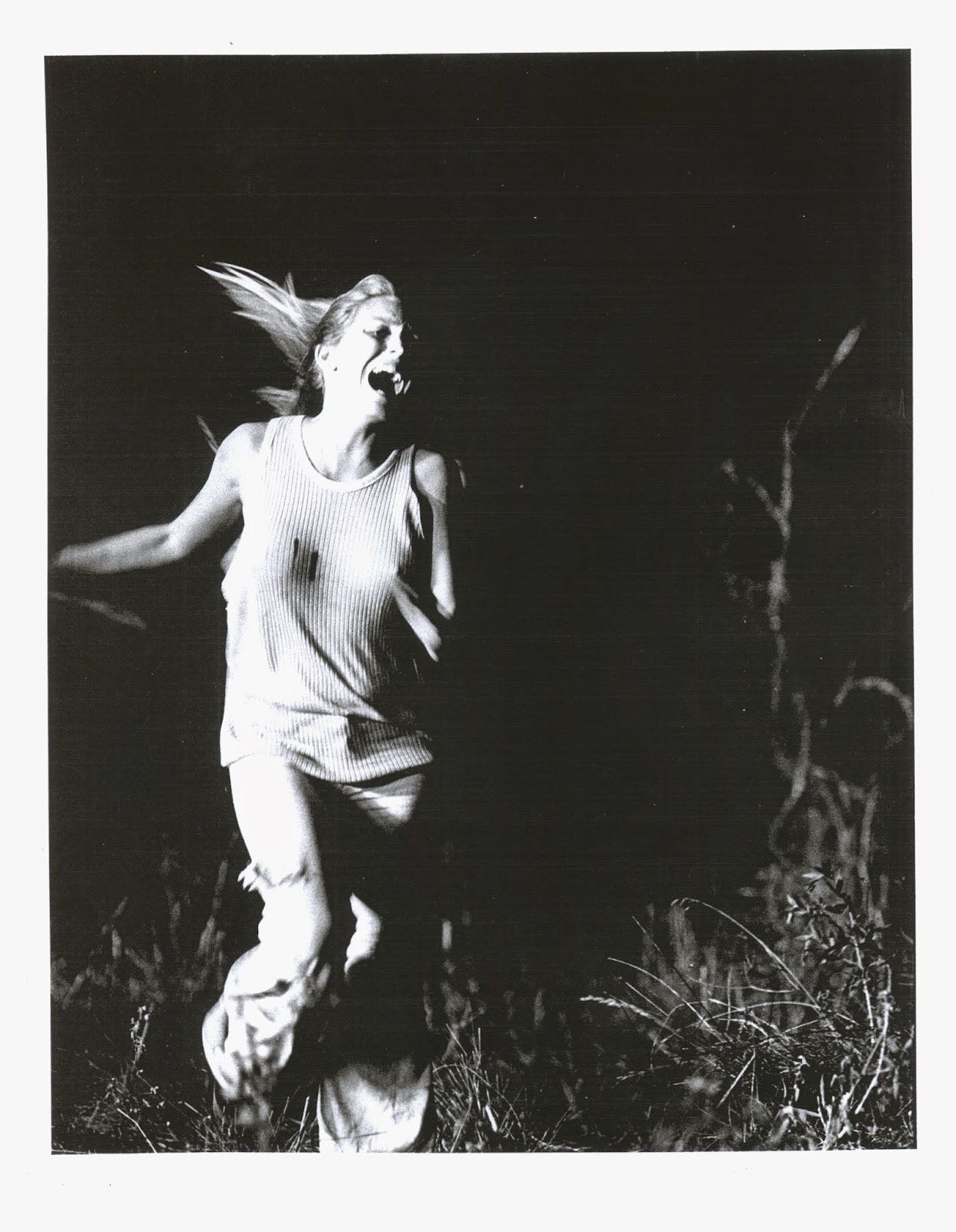 Imitated to well past the point when people should have just given up and never, ever equalled, all the rip-off merchants missed the point of TCM, just like they missed the point of John Carpenter’s later HALLOWEEN. Yes, there are murders and yes, the family are raving mad, but Hooper’s film gets everything right that TCM’s imitators either got wrong or couldn’t be bothered with. The killings are probably the most horrible bloodless deaths I’ve still ever seen in a film, and the true horror comes not from excessive blood and gore, but from the implication of what these people have been doing and how they lead what to them is a normal life. Some absolutely brilliant editing helps as well. Then there’s the ‘music’ - never have scrapes, atonal noises and deep synthesised buzzing sounds been so well used in a genre film. 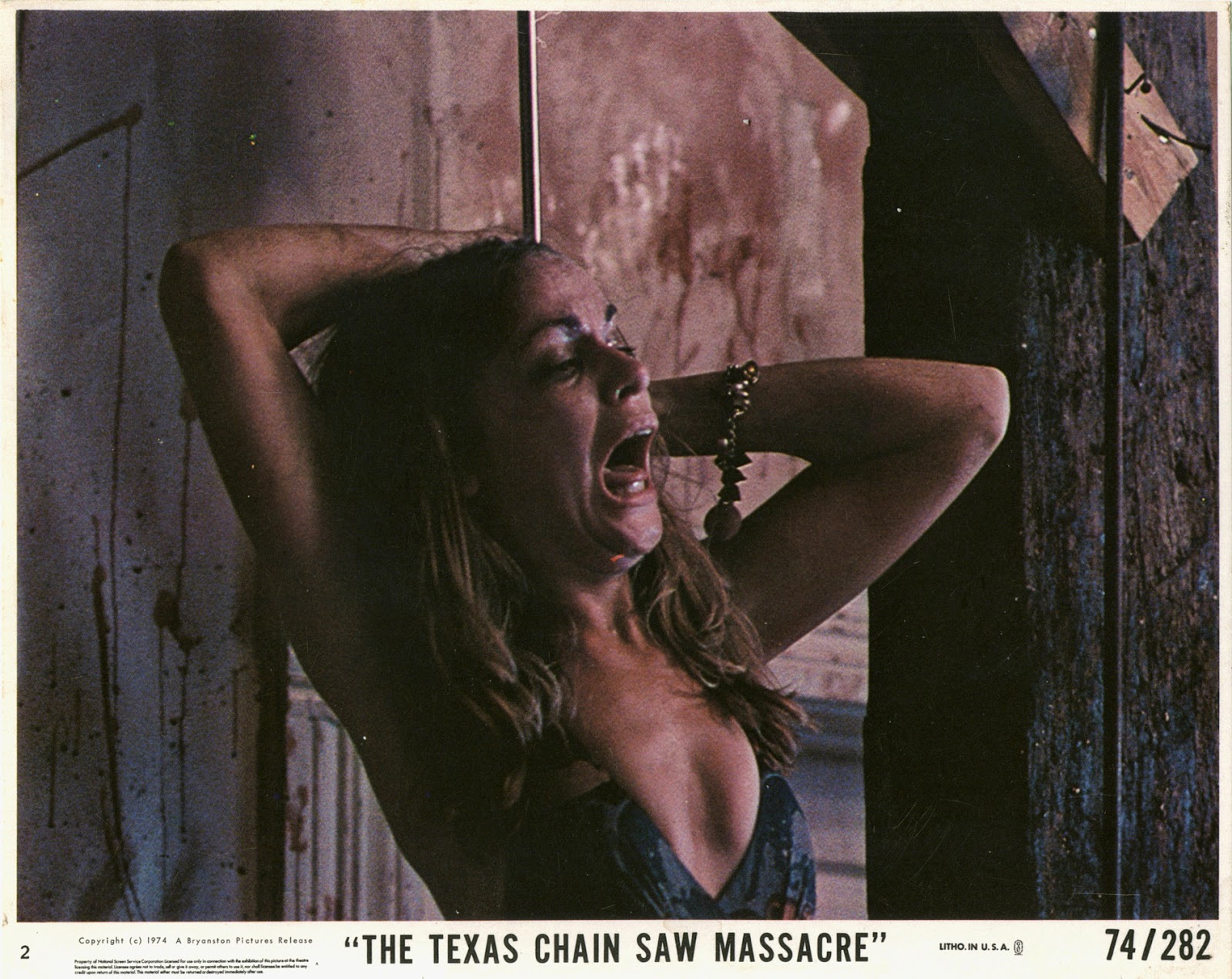 Second Sight’s Blu-ray is spot on. For those of you worried that a Blu-ray transfer would make the image look too clean and sparkling worry not - this is the TCM you know and love and are terrified by every time you watch it - with every bit of grain and grunge preserved. I suspect this is the best they could get the film to look and if that’s the case we can be grateful - TCM shouldn’t ever look pristine and this transfer does it perfect justice. 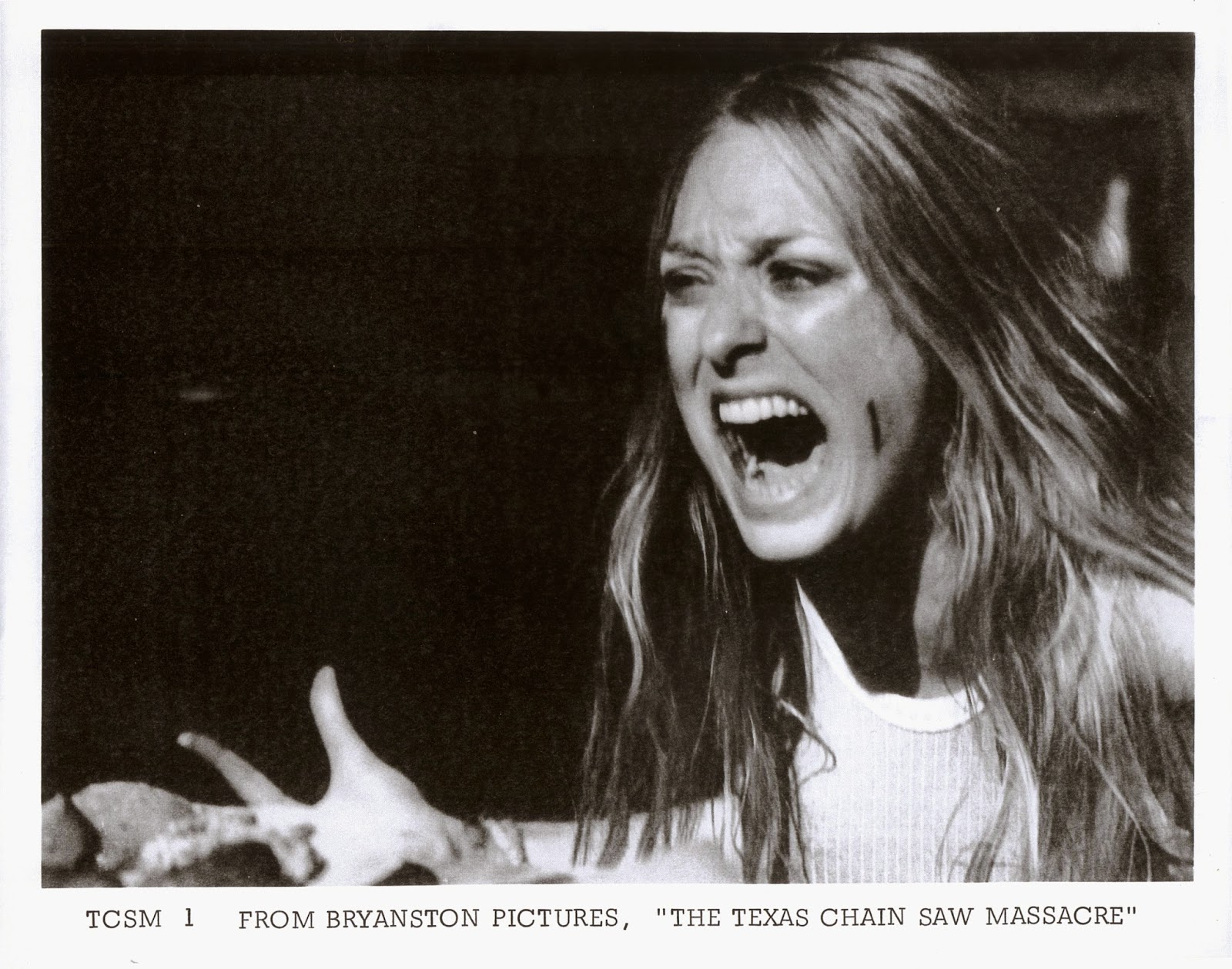 There are more extras than can fit on a single Blu-ray disc and so we have two. TCM has been released so many times that the extras are now starting to compete with LORD OF THE RINGS. So what’s new on this version? Well, we get two new commentary tracks - one from Tobe Hooper and another featuring Daniel Pearl (DP), Ted Nicolaou (sound recorder) and J Larry Carroll (editor). There’s also a new short interview with Carroll and another with John Dugan, who played Grandpa. Both a worth a look, with the Dugan one funny and touching by turns. ‘Horror’s Hallowed Grounds’ is a 2006 edition of a TV programme in which the TCM locations  are visited, and there are some newly found deleted scenes and out-takes as well. 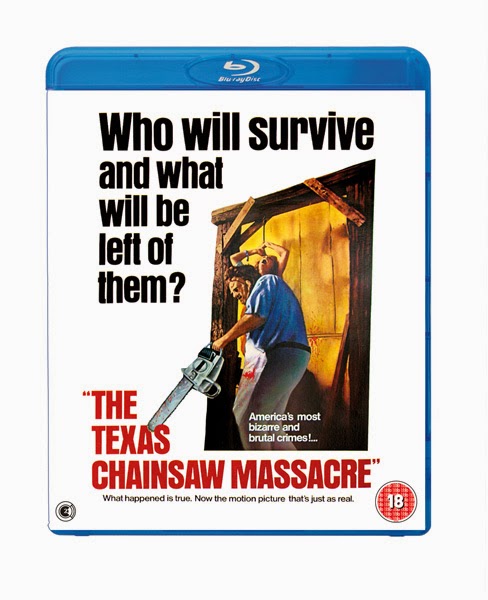 Other extras ported over from previous releases include David Gregory’s documentary ‘The Shocking Truth’ and two commentary tracks - one with Hooper, Hansen and Pearl, the other with Marilyn Burns, actors Allen Danziger and Paul Partain, and art director Bob Burns. There are also interviews with Tobe Hooper, Kim Henkel, Teri McMinn and production manager Ron Bozman, a tour of the TCM house with Gunnar Hansen, the ‘Flesh Wounds’ featurette and assorted deleted scenes, out-takes, trailers, TV and radio spots. Oh, and if you feel so inclined, it all comes in a lovely steelbook - what more could you possibly want?

Second Sight are releasing Tobe Hooper's THE TEXAS CHAIN SAW MASSACRE on Region B Blu-ray in a two-disc limited edition steelbook and two-disc standard edition formats on 17th November 2014
Posted by John Llewellyn Probert at 8:19 am