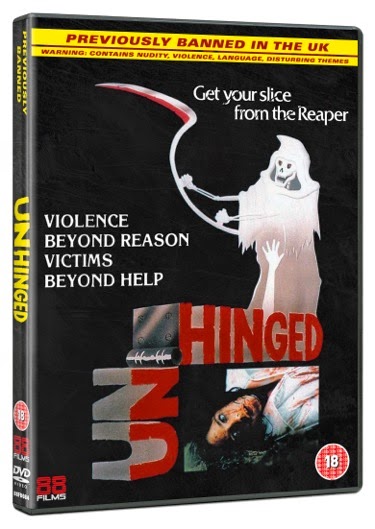 It's time for yet more period backwoods USA daftness courtesy of 88 Films. UNHINGED belongs to that very specific subgenre of movies made by independent North American film-makers who only ever turned out an average of about one film, and then went back to their ordinary everyday lives (or possibly got their day release papers revoked so they couldn't make any more - who knows?). Movies like THE CHILD (1977), THE REDEEMER (1977 as well - it was a bumper year), I DRINK YOUR BLOOD (1971) and THE CHILDREN (1980) all fall into this category. Some of these movies are scary, some are dull, and quite a few are just stupid. The most tantalising are quite frequently all three and often manage to pull off the feat of being genuinely disturbing at the same time. 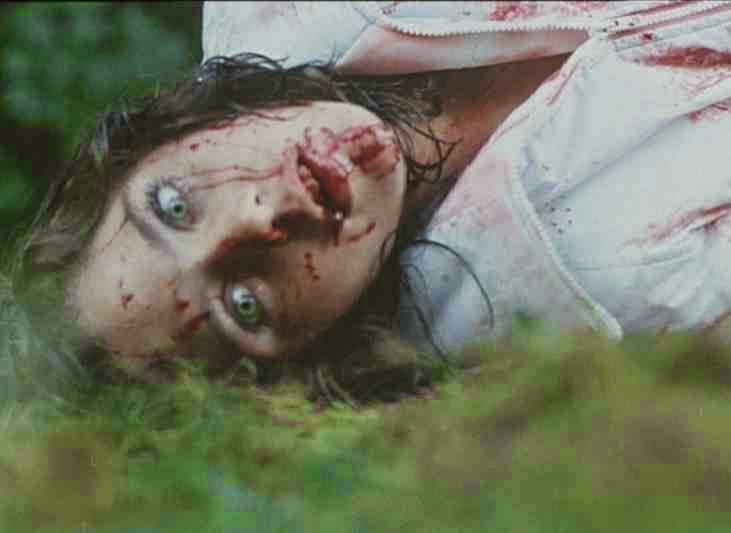 UNHINGED is from 1982 but feels as if it could have been made in the late 1970s heyday of backwoods mania. Three girls whose acting talents range from leaden to wooden are on the way to a music festival when, en route through a nicely scary forest (with synth music to match) they crash their car. Just before they avoid the log that appears to have been placed strategically in the middle of the road and end up in the ditch, the radio helpfully informs both them and us that 23 young women have now gone missing in the area. They wake up to find they are now in a great big scary old country house where the acting ranges from mental to completely crackers. 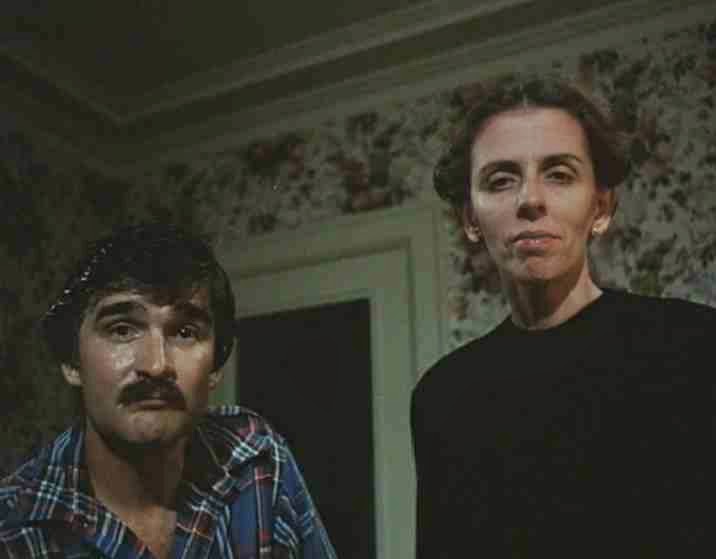 After some static and rather prolonged dialogue scenes, and some creeping around in near total darkness (this must have been unwatchable on the previously banned VHS transfer) one of the girls makes off for the nearest town and is hacked to bits by a lunatic with a scythe for her troubles. More prolonged and static dialogue scenes ensue, then there's another gruesome death scene and finally the climax where, if you're still wondering why this made the Video Nasties list back in the day, all will become gorily apparent. And if that's not reward enough for sticking with UNHINGED through the more boring bits, the film also gives us a barking mad twist of an ending you'll probably want to watch at least twice just to make sure that's actually what happened. 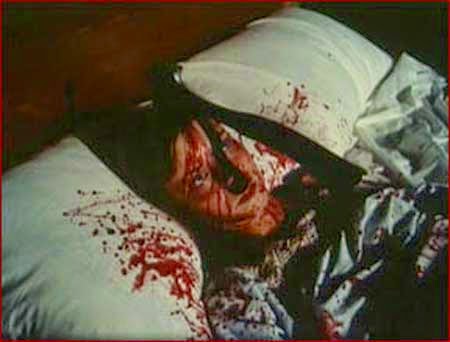 UNHINGED isn't a great movie, or even a terribly good movie, but as I said above, it features enough backwoods weirdness and splattery violence to make forgiving horror fans stick with it. Special mention should be made of the synthesiser score by Jonathan Newton which, with its pulsing analog rhythms, might just have inspired Rob's score to the recent remake of MANIAC. 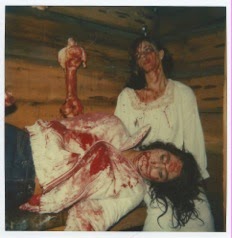 88 Films presents us with a transfer of UNHINGED that's actually very nice indeed, especially considering that the master is no more, which is why a Blu-ray version wasn't possible. Two aspect ratio options are offered, and you want to go with the fullscreen (i.e. 1.33:1) version to get the most picture information. Extras include a new feature-length commentary with director and co-writer Don Gronquist, a trailer and the usual entertaining 88 Films trailer park.
UNHINGED absolutely isn't an undiscovered classic, but it is an engaging bit of backwoods lunacy that's worth a watch if any of the other movies I've name checked above float your boat.

88 Films released UNHINGED on Region 2 DVD on 13th October 2014
Posted by John Llewellyn Probert at 6:49 am