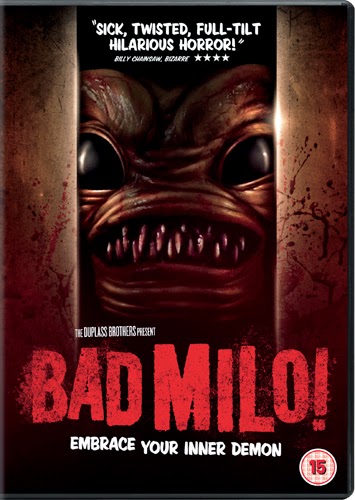 How many films do you need to make a movie category? If it's two then BAD MILO, along with the similarly-themed (if not quite as well executed) RECTUMA now make up the Monster Born From The Back Passage Of An Anxious Man subgenre. While this could be taken as a sign of the depths to which contemporary exploitation cinema has sunk, both films are actually rather funny and BAD MILO in particular is actually a very decent and well made horror comedy. 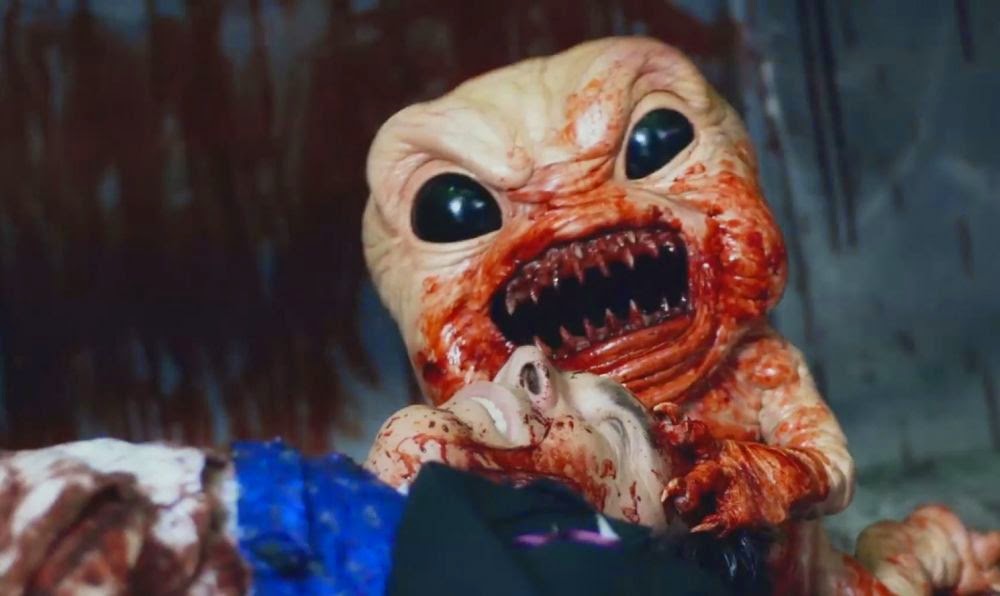 Duncan (Ken Marino) is a typical 21st Century everyman, with typical 21st century anxieties. His job is stressful enough, but then his dodgy boss Phil (Patrick Warburton) moves him to Human Resources and puts him in charge of sacking some of his co-workers. This entails having to share a toilet-cum-office with an obnoxious co-worker who wrecks the presentation Duncan has been working on for a year. As if that isn't bad enough, Duncan, in common with virtually everyone else in Hollywood movies nowadays, has father issues. Duncan's mum has recently remarried, and Duncan's new father is younger than him but insists he call him Daddy. After an excruciatingly embarrassing meal at his mother's house, Duncan's irritable bowel syndrome starts to play up, with quite unexpected results. The BAD MILO of the title is a rectal monster born of an intestinal polyp and Duncan's inner rage. Whenever things get too much, Milo pops out and kills whoever has upset Duncan on this occasion. A visit to a whacky psychiatrist (Peter Stormare) results in Duncan trying to bond with Milo, and a visit to his estranged father reveals that he has been harbouring a rectal secret too. 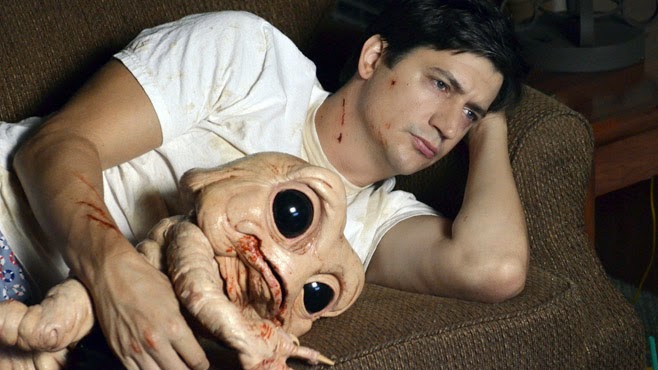 Despite its subject matter, BAD MILO is actually a rather sweet and good natured comedy about the stress of modern-day living. While Milo himself has been given sharp teeth and claws, the design of his face, and the noises he makes, are far more reminiscent of Gizmo from Joe Dante's GREMLINS than an anal ALIEN. Acting is fine across the board, with special mentions going to Stormare's psychiatrist and Kumail Najiani's hilarious turn as Duncan's new dad. Hang around for the end titles as well as there are a number of bloopers to keep you chuckling as the credits roll. 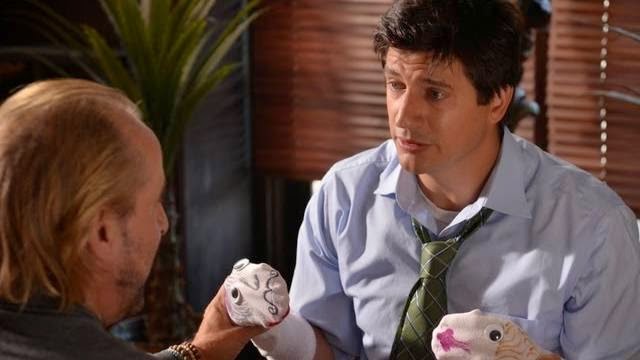 Sony are releasing BAD MILO on DVD in the UK. Extras include even more outtakes, a couple of deleted and extended scenes, and a couple of alternate takes. BAD MILO is a decent little comedy horror which, as we all know, is a genre that’s difficult to do well. Certainly recommended if you’re in the mood for something light and yet, well, rather twisted.

Posted by John Llewellyn Probert at 6:53 am