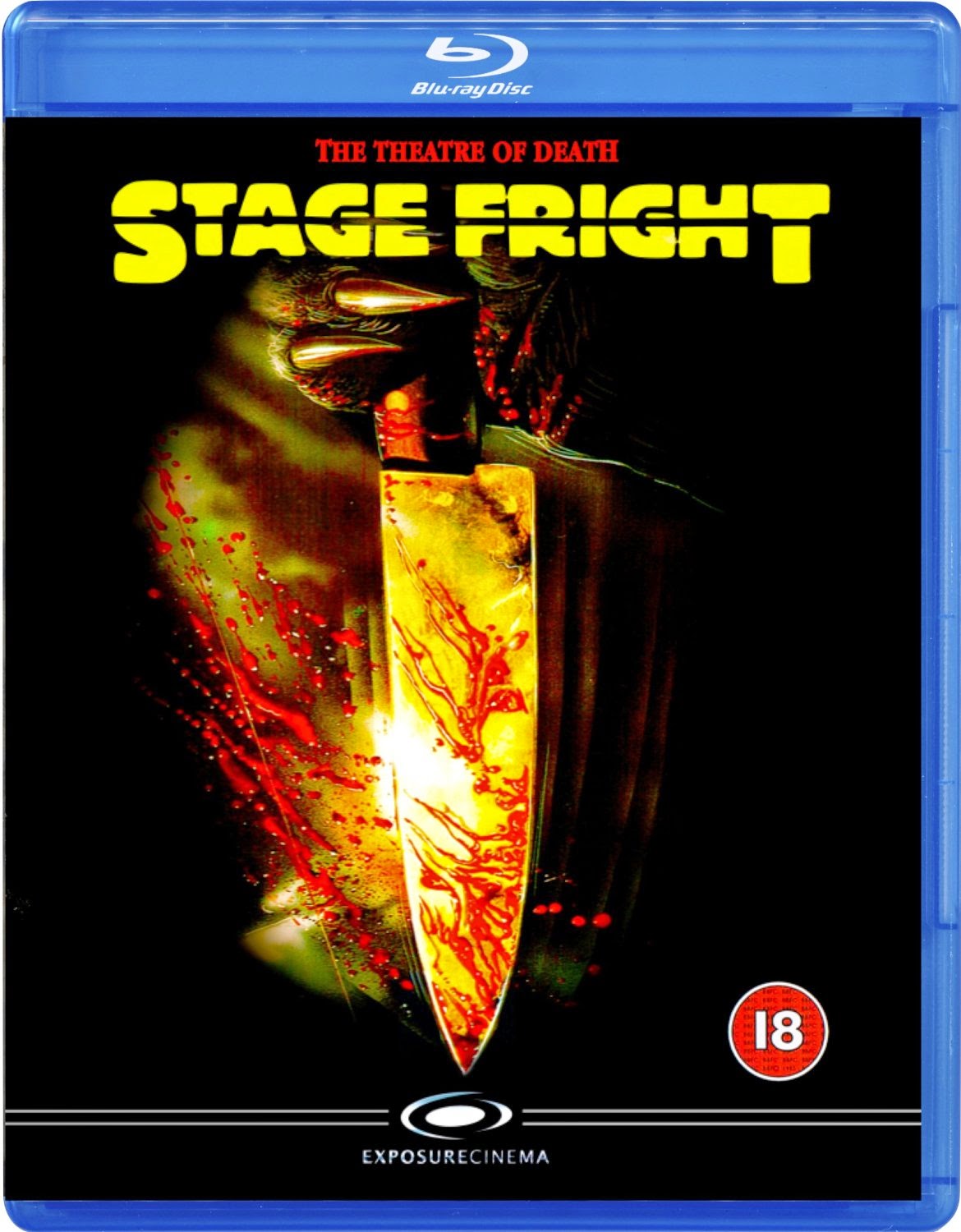 I’ve written about Michele Soavi’s excellent low-budget STAGEFRIGHT on this site before, but with the release of a splendid dual disc DVD and Blu-ray transfer of the film from Exposure Cinema last month, I thought I’d reproduce what I said about the film here and also talk about the extras that are available on Exposure’s new disc. 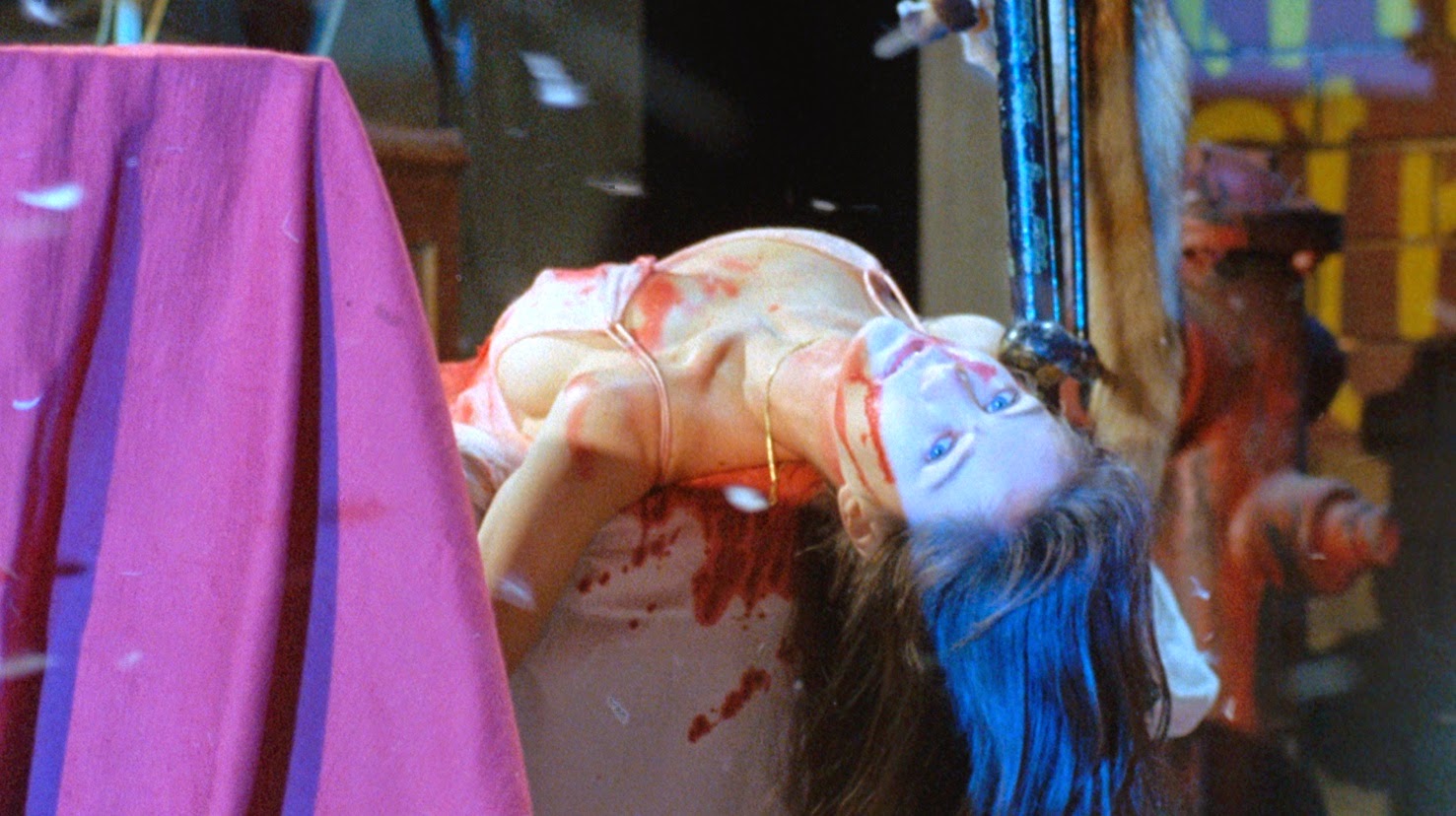 A surprisingly good entry in the 1980s slasher subgenre, STAGEFRIGHT defies expectations by being an Italian horror film produced by Joe D'Amato and written by his frequent collaborator Luigi Montefiore (aka George Eastman / Lew Cooper in this) that's actually well crafted, makes sense, isn't too tastelessly over the top in its portrayal of the murders and has dialogue which sounds as if it's being spoken by actors rather than the usual two or three people crammed into a Soho dubbing suite. One would be tempted to lay all the credit for this endeavour at the door of talented first time director Michele Soavi and certainly his subsequent movies makes you sorry he hasn't had a longer career in the horror genre. 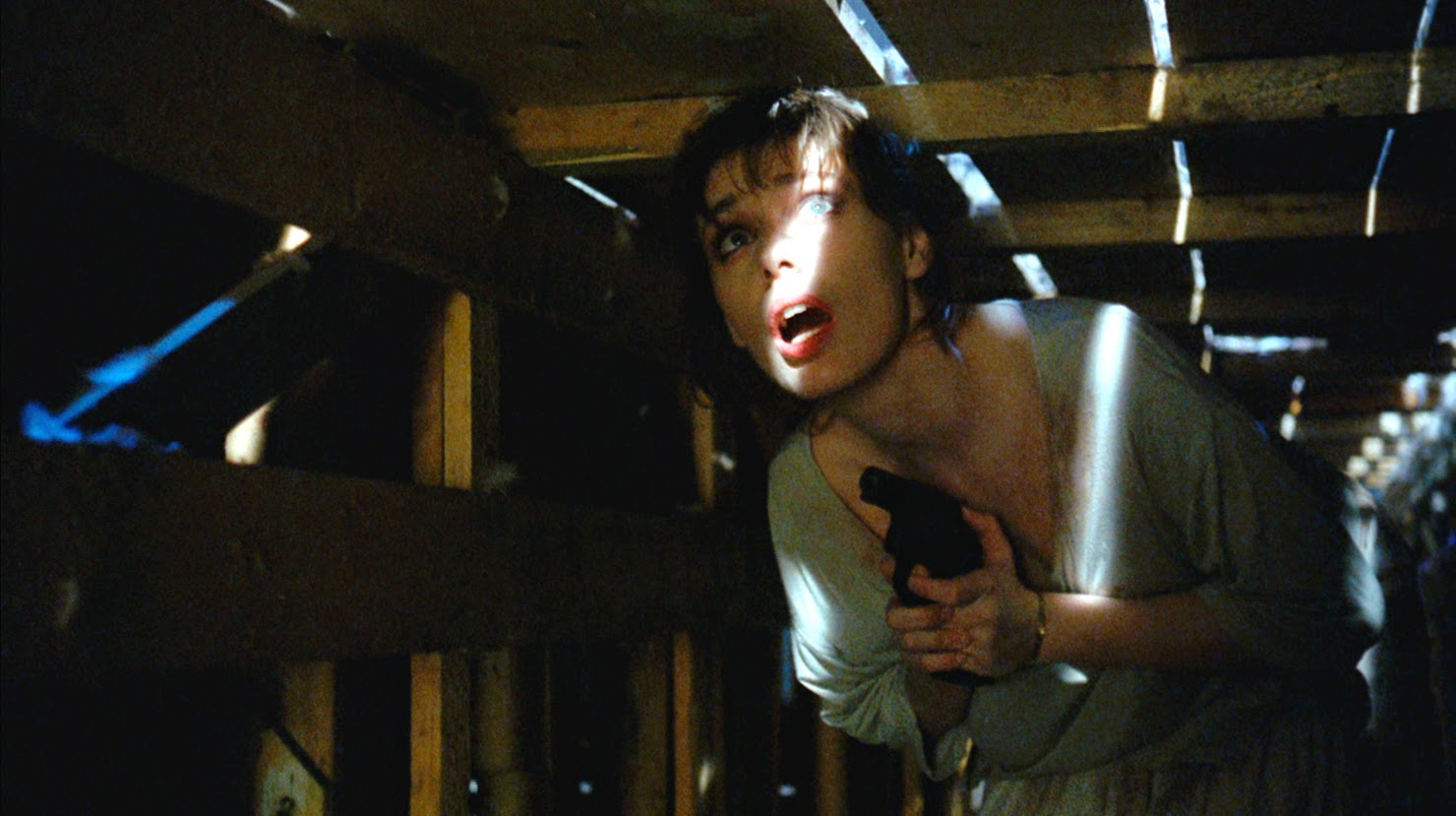 Also known in different territories as DELIRIA, AQUARIUS and BLOODY BIRD (what would a EuroHorror picture be without several different titles?) the clever opening scene makes us think we're on the hideously cheap set of another Italian horror film. But no - we're actually on the hideously cheap set of an Italian stage play called 'The Night Owl'. After a couple of knowing comments about the Italian horror genre as a whole ("I know it doesn't make sense, but can you imagine the effect on the public?") Alicia (Barbara Cupisti) is off to the nearest hospital with Betty the wardrobe mistress to seek treatment for Alicia's sprained ankle. 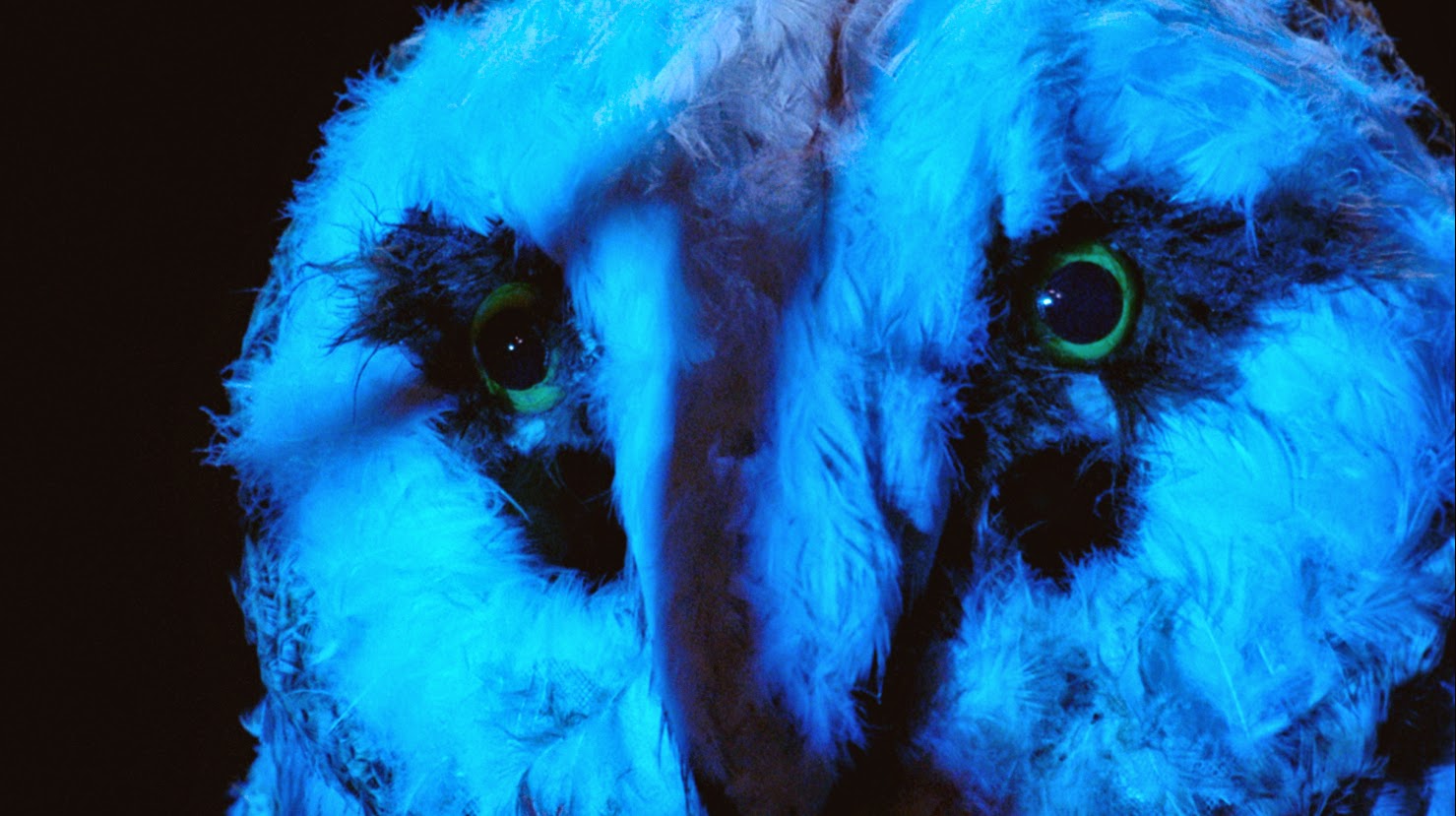 The nearest hospital is an Institution for the Criminally Insane which also just happens to be looking after psychopathic loony mass murderer plus actor Irving Wallace. Wallace escapes and hides in the back seat of the car (why does no-one ever check there after leaving these places?) before doing Betty in with a pickaxe. After the police have been and gone director Peter (David Brandon, who's not at all bad as the megalomaniacal director, although one wonders if having worked in Italy for some time he may have found quite a bit of inspiration to draw on) decides he's found the hook that will sell his play and locks his actors in for the night. 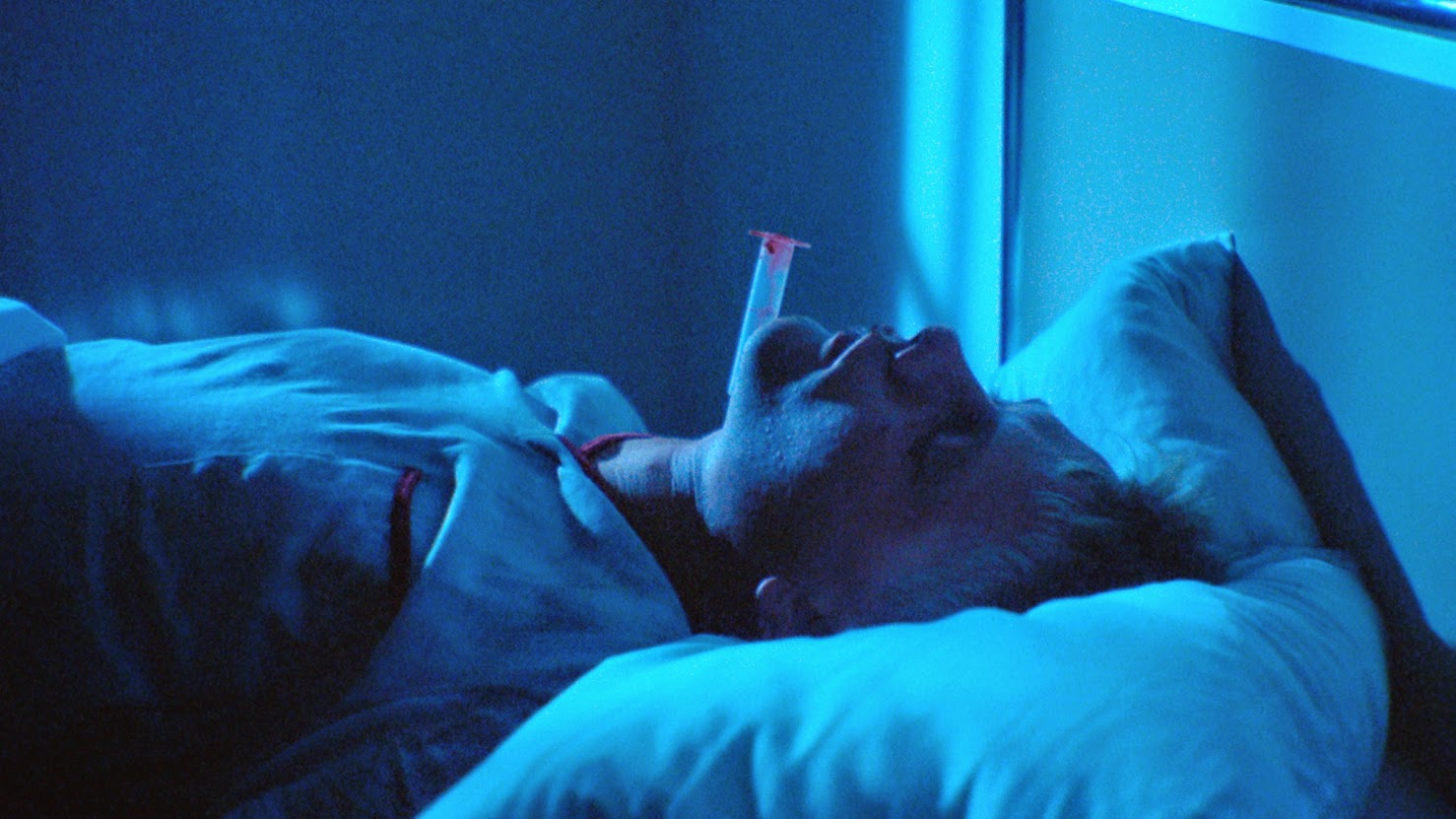 Unfortunately Wallace is in there too and once he's found the owl mask and the keys to the tool and chainsaw cupboard the stage is set (sorry) for a series of well-orchestrated and quite ghastly murders, leading to the now famous scene of all the bits of the victims arranged as a tableaux tastefully augmented by swirling feathers amongst which is hidden the key Alicia has to retrieve so she can escape. 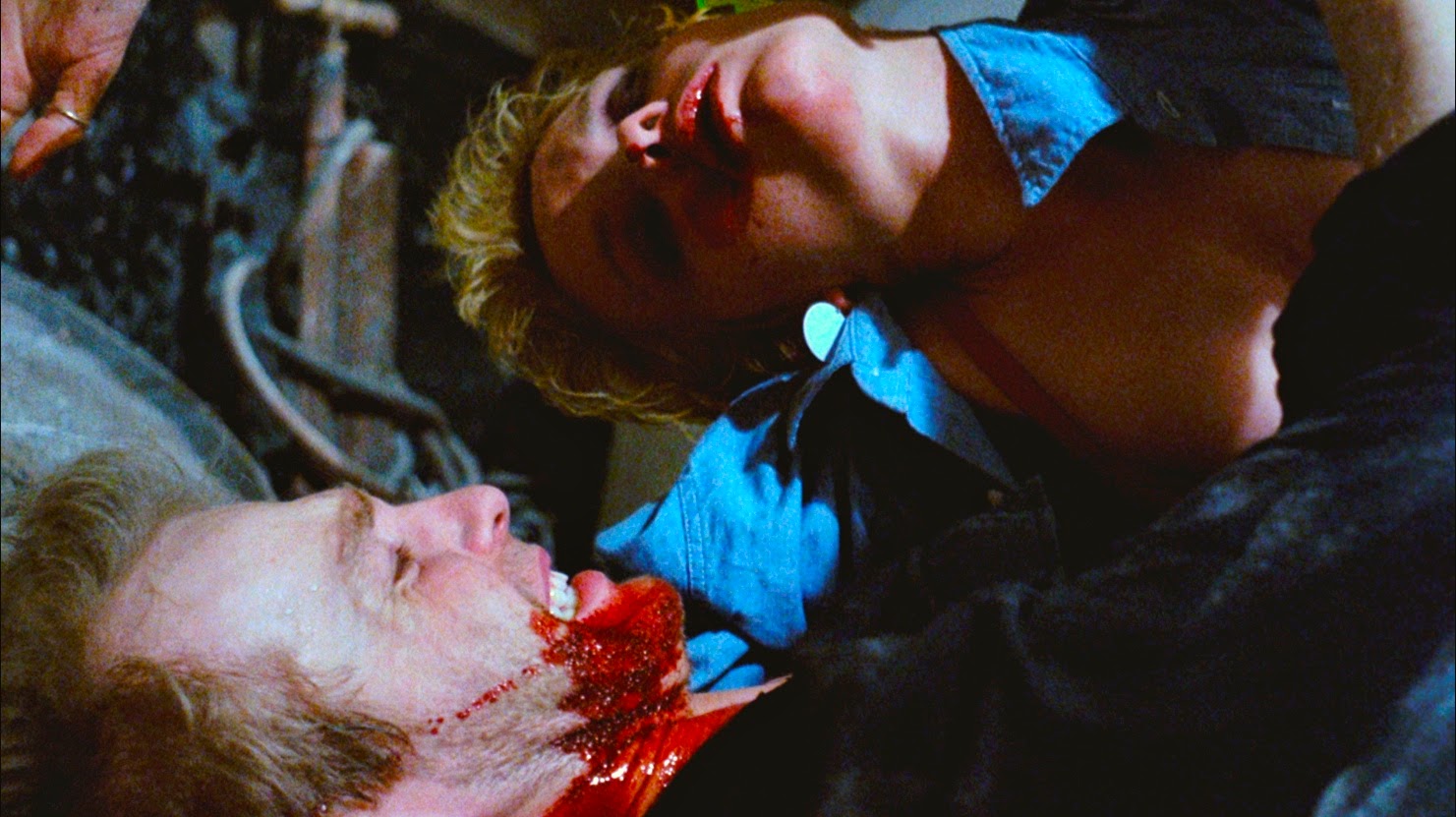 For a 1980s horror film STAGEFRIGHT hasn't dated too badly at all, possibly because the actors' hair and costumes could conceivably be part of the play they're meant to be appearing in. In the era of SAW and its ilk the murders are still quite horrible and Soavi demonstrates on this picture, as he did on subsequent projects THE CHURCH & DELLAMORTE DELLAMORE, that he's a born director with a natural eye for some impressive visual compositions. As I mentioned above the acting all round seems to be rather better than many EuroHorror efforts (and in particular many Joe D'Amato efforts) and Simon Boswell's electronic music augments the proceedings nicely. I believe there was talk of a STAGEFRIGHT 2 for a couple of years after this one but perhaps it's just as well it never materialised. As it is the movie stands as the best owl-headed theatre set slasher movie there is, and it’s unlikely to be bettered. 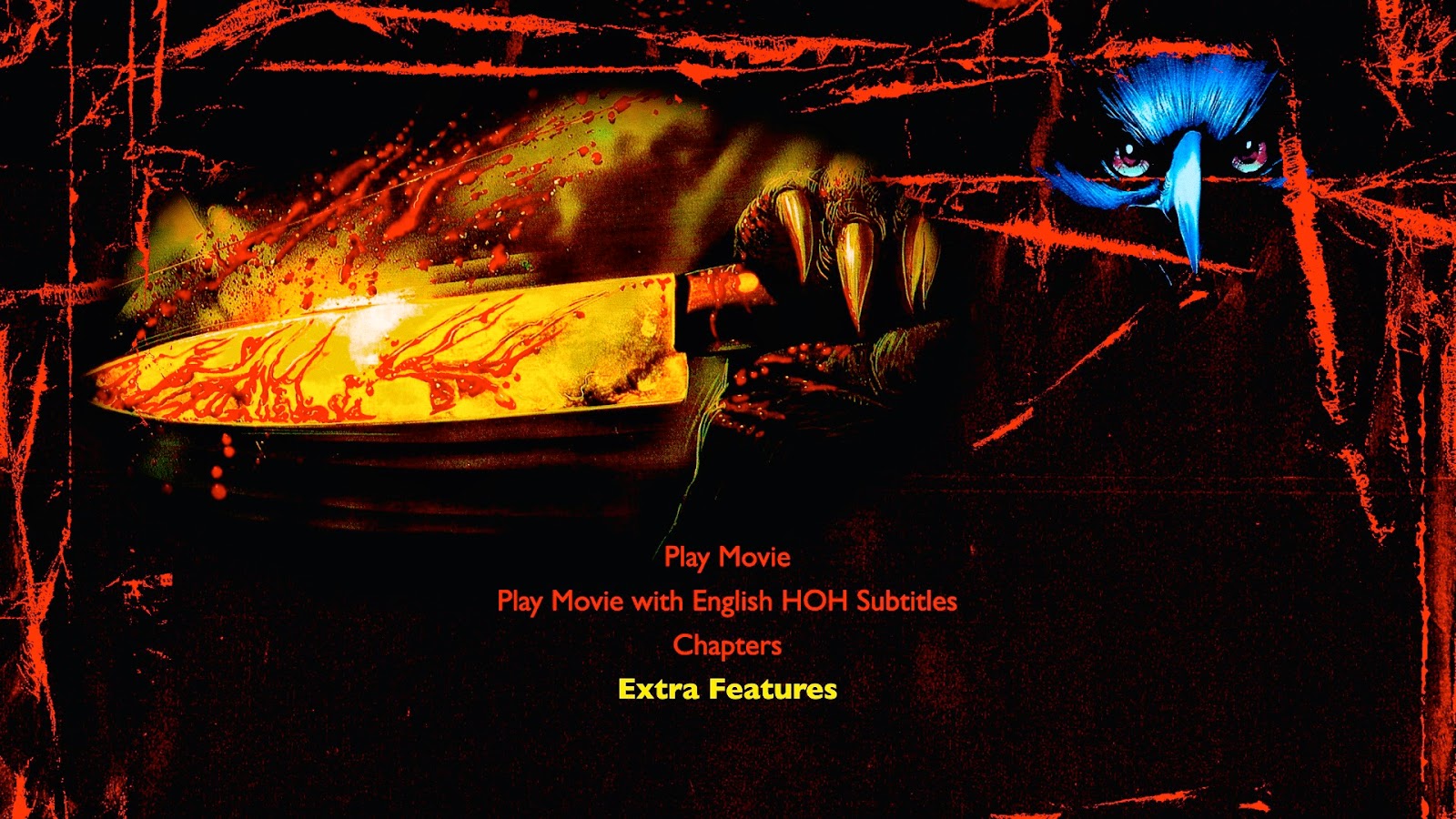 Exposure’s Blu-ray and DVD set is limited to 3000 copies and has nearly three hours of extras. Perhaps the most important thing to mention, though, is that as well as being in its original aspect ratio of 1.85:1 the film is uncut. I have to throw my hands up here and say I had assumed this to always be  the case but no - a comparison on the disc between the version presented here and the old VHS Avatar release shows that there were a few cuts & that all material has now been restored. 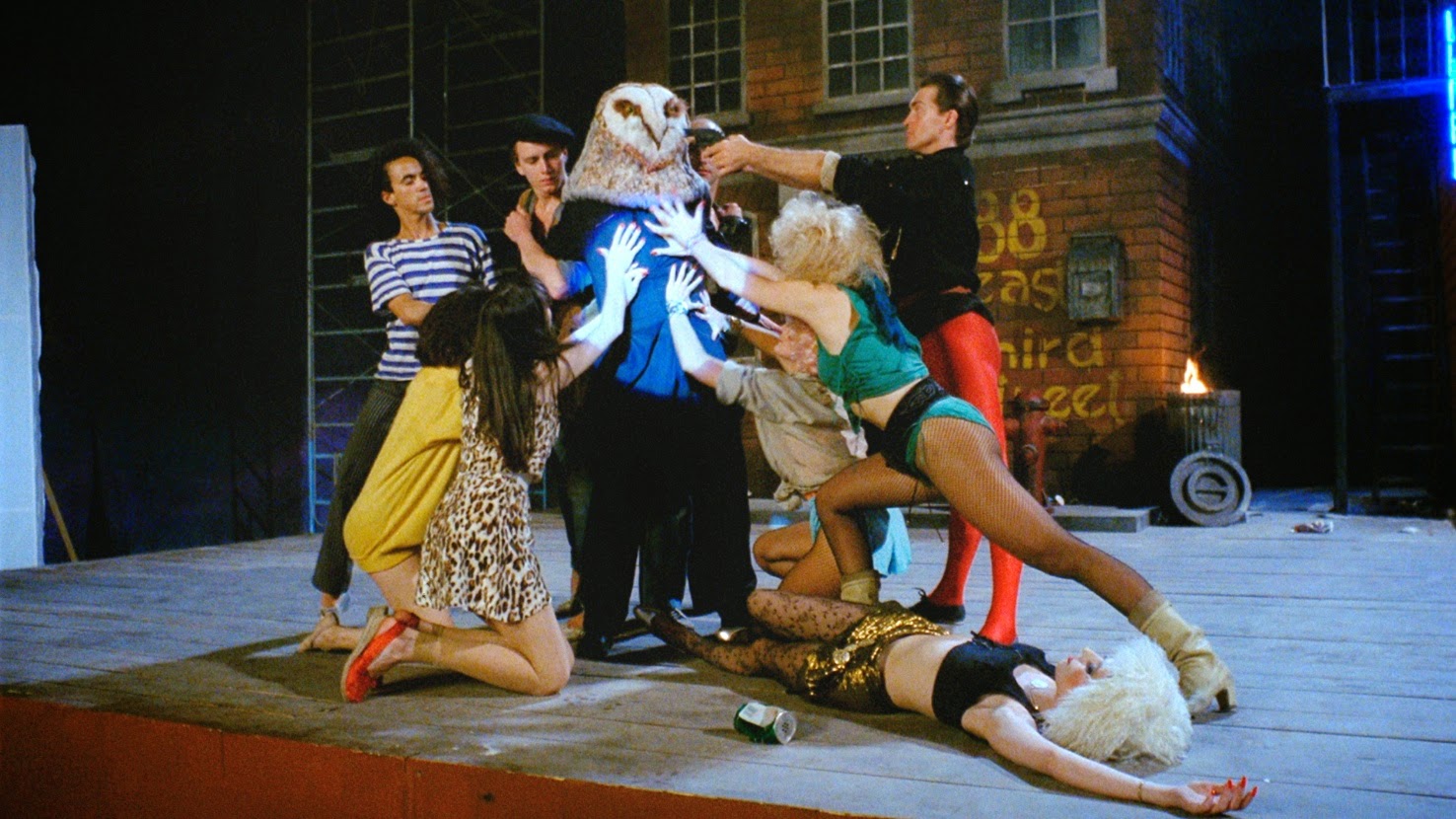 Other extras include A Bloodstained Featherstorm, in which members of the cast and crew (including star Barbara Cupisti, director Soavi and screenwriter Montefiore) are interviewed about the making of the film; Giovanni’s Method, which is a separate interview with actor and Italian exploitation legend Giovanni Lombardo Radice; The Critic’s Take, in which Alan Jones waxes lyrical about the film, tells us some of the behind the scenes gossip and explains, for anyone who hasn’t already realised it, why it's really rather a classic; Joe D’Amato: Totally Uncut is a one hour documentary about the film-maker that D’Amato completists will have already seen (it’s on the Region 1 release of ANTHROPOPHAGOUS / THE GRIM REAPER) but which everyone else will find fascinating and often quite amusing; Revenge of the Video Cassette is half an hour with people who still love the VHS format and are prepared to defend their obsession onscreen. There are also trailers, a stills gallery and a booklet.
Exposure’s STAGEFRIGHT package is the best presentation available of arguably Michele Soavi’s best film. Apart from a sparkling transfer, the extras do the film proud. Highly recommended.